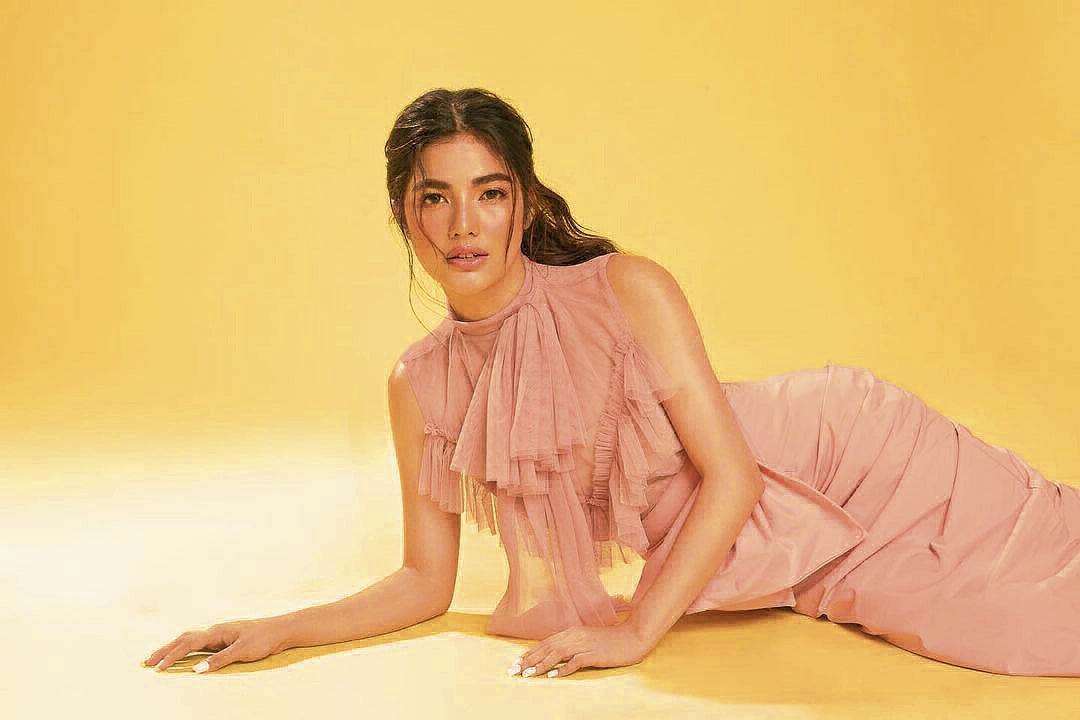 For Jane de Leon, who many are predicting to be the next onscreen partner of Coco Martin in “FPJ’s Ang Probinsyano,” Coco’s former leading lady Yassi Pressman should be asked to explain why she was recently taken out of the cast of the long-running action-adventure program.

Yassi had been with the show for almost five years as Alyanna, wife to Coco’s character Cardo Dalisay, before she exited the program last week.

“Characters come and go. It’s only Yassi who will be able to explain the situation properly, although what I know is that she still has other projects she needed to finish. I’m very happy for her. As for my position in the teleserye, I really can’t say yet. While I have been able to talk with Coco, I have yet to shoot my scenes with him,” Jane told reporters on Friday afternoon in a virtual chat to formally announce her inclusion in the TV series.

Jane shared that she and Yassi have gotten to know each other when she joined the cast in the show’s lock-in set in Batangas recently. “We talked while doing our makeup. The first thing I asked her was how her family held up during the onslaught of Typhoon ‘Ulysses.’ I heard that, like our area in Antipolo, her place in Cainta also got flooded,” said Jane. “We got to talk about a lot of things, too, including her five-year stay in the show. Yassi also told me that people on this show are disciplined and passionate about what they do.”

When asked whether she got pointers from Yassi on how to take care of Coco while on the set, Jane said: “She didn’t give me any. However, I’ve already spent time with Coco and noticed that he only needs to be happy and stress-free while on the set, and that’s it.”

Jane said she was aware that some supporters of Coco’s tandem with Yassi consider her as an interloper. “I’m prepared for this. I understand that bashers cannot be avoided 100 percent. I prefer to simply ignore them, laugh at their comments. Of course, it’s normal to feel hurt—we’re just humans—but I’ve already reached a point where I already feel numb. Even before I joined showbiz, I was already aware that I will have to experience bashing, even though I’m very conscious of what I say and do in public,” she explained. 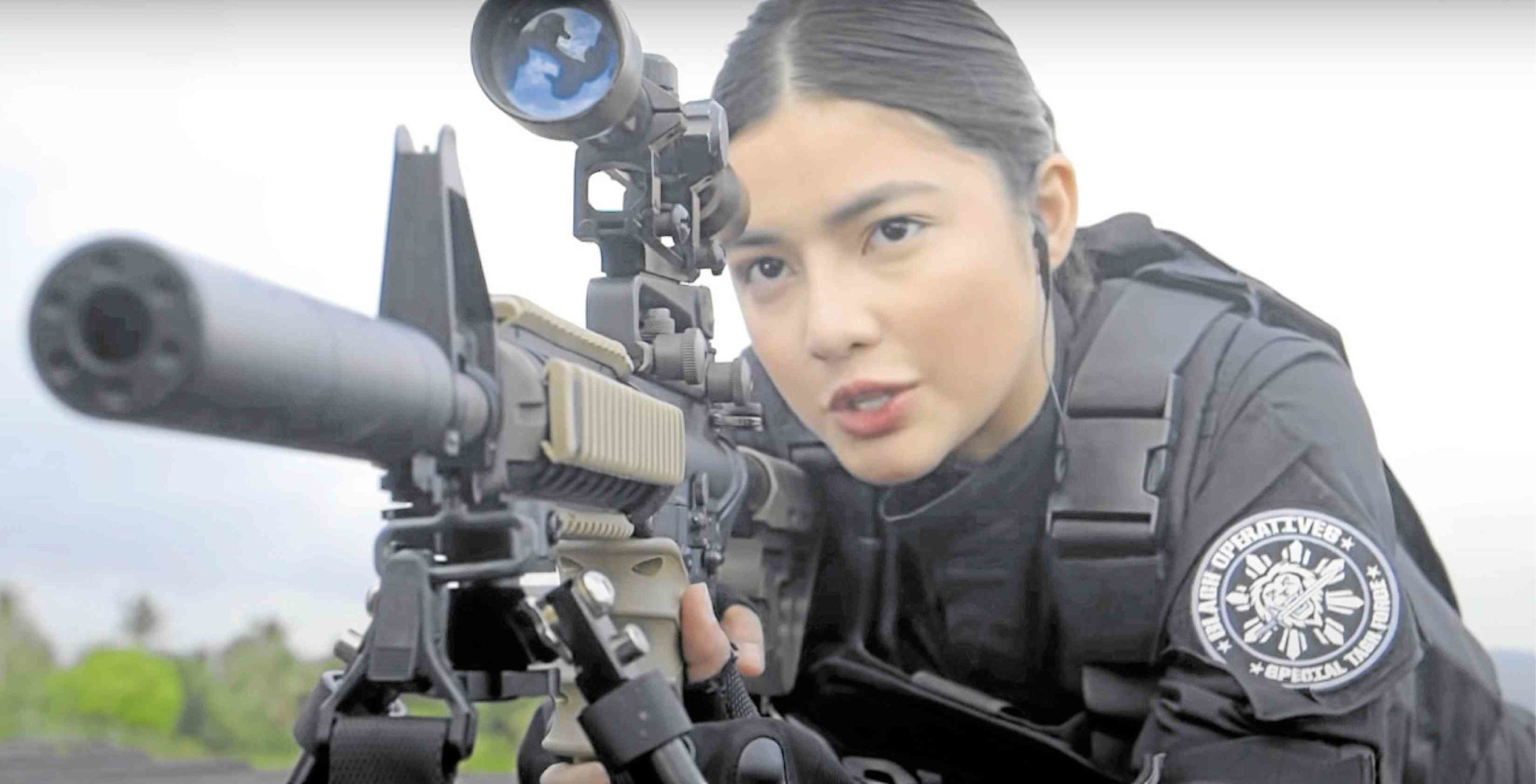 During her debut in the series last week, Jane was seen as Lia, a sniper of the Black Ops unit tasked to kill Cardo. Lia’s team manages to track down Cardo and his group, Task Force Agila, and cornered them at a firing range. The situation forces Cardo to surrender.

“To be honest, joining the ‘Ang Probinsyano’ set did make me feel uncomfortable in the beginning. This was because they have been a family for many years,” Jane admitted. “Although they did welcome me warmly and I got the chance to bond with some of them.”

As for Coco, Jane said he is “kind and a true gentleman. I learned that everyone calls him CM on the set, or Direk (since Coco is also a producer and part of the show’s creative team). I also learned that there were times when he’s misunderstood. After all, he wears a lot of hats for this show. He goes through a lot. Although I have not seen him really get angry on the set.

“He really took time to know me. He’s too kind. Sobrang tutok niya, especially when I had to go up the roof to shoot for my scenes. I felt so grateful to him, that at one point, I also wanted to offer him a glass of water,” she said, laughing.

At this point, Jane was made to say who else from showbiz she wished to work with in the future. To this, she answered: “Paulo Avelino, of course! I have a huge crush on him. He’s not only handsome, but he is also an excellent actor.”

She also hoped to work with fellow Kapamilya talents like Charo Santos-Concio (who is also ABS-CBN’s former president and CEO), Bea Alonzo and Angelica Panganiban.

She was sad and disappointed that Jerrold Tarog, her director for what was supposed to be ABS-CBN’s movie adaptation of Mars Ravelo’s “Darna,” will no longer be part of the project now that management has decided to turn it into a TV series.

“I love him so much. He’s like a big brother to me. I can share anything with him, be it personal or career-related,” said Jane. “I understand why he had to beg off. Because of the delays in production, it’s now time for him to do an important project that he was supposed to work on after ‘Darna.’ I’m thankful that I met him. I kept asking him why he personally chose me to be Darna, and he would always say, ‘Trust me! Trust management’s decision.’ I’m grateful for his support.”

The new “Darna” project will be “very modern,” according to Jane. “We will see there whatever [technology] we have at the moment. Darna is very millennial. That’s how she will be introduced in the story.”

Jane also claimed to still not know who will play Valentina, Darna’s archnemesis, even though talk is strong that it would be Janine Gutierrez, who transferred to the Kapamilya network recently. “I’d be really happy for her if she’d agree to do it. I’m open to working with her, or whoever our bosses think deserves the role. This will be a big opportunity for Janine, if ever. ABS-CBN will really take care of her,” Jane declared.