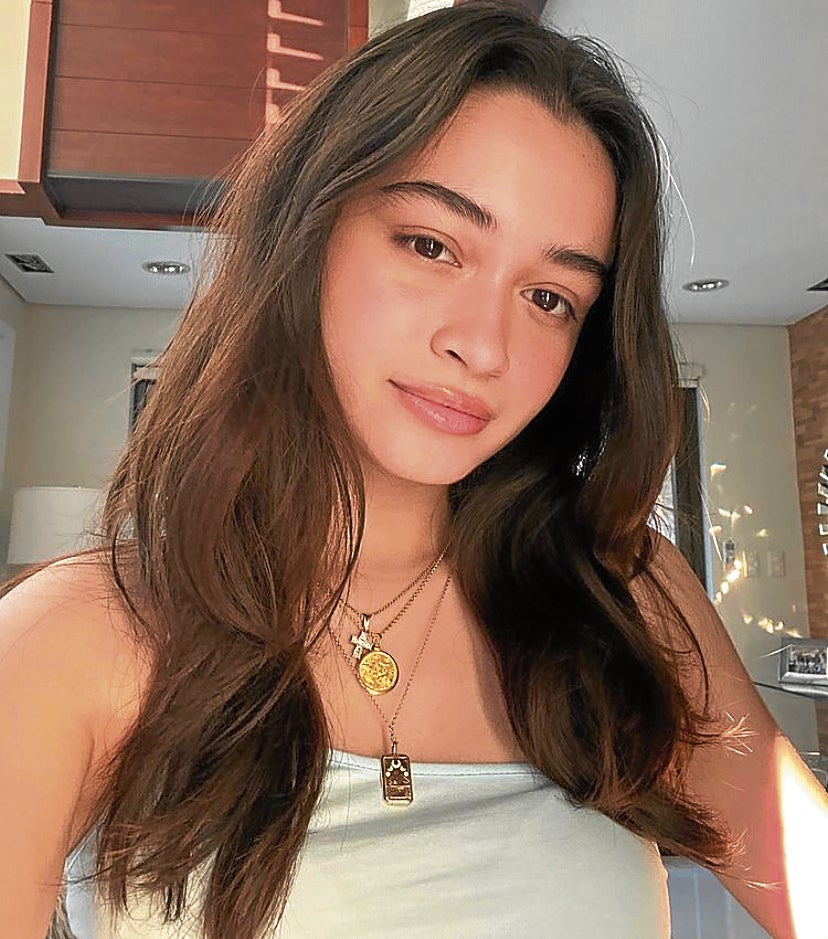 Growing up, Angelina Cruz usually spent her after-school hours with her parents, Sunshine Cruz and Cesar Montano, in their respective tapings. And seeing them in action on the set inevitably piqued her interest in acting.

“I have always been curious about how things worked,” she said.

Now, at 19, she’s no longer a mere spectator, as she finally stars in her first television show, the TV5 Sunday night sitcom “John En Ellen.”

“My mom’s reaction when I told her I wanted to pursue a show biz career, after receiving opportunities, was priceless. I could tell that she was excited and proud of me,” she told the Inquirer in a recent email interview.

“She told me not to let such opportunities slip away and to value them. And I did,” Angelina said of accepting the offer to play the role of Camille, the daughter of John Estrada and Ellen Adarna’s namesake characters in the show.

“The advice she gave me was to always work hard and stay humble, and, as much as possible, practice and work on my craft,” she added.

Angelina admitted that working with a cast of established actors, which also include Ronaldo Valdez, made her feel nervous at first. “It’s a breath of fresh air being able to work with them,” she said. “I’m glad my first television project is with these wonderful people because we all treat each other like family … We have grown closer.”

While she’s still learning the ropes as she goes along, Angelina can already see herself taking the craft seriously in the future. “As a beginner, I find acting to be challenging but fulfilling,” she said. “I can see it being my passion.”

The biggest challenge for Angelina at the moment is her Tagalog, which she vowed to work on. “I grew up with English as my first language at home and my school environment. I plan to overcome it by learning or mastering it by watching Filipino films, by speaking it, and continually asking for advice from my mom,” she said.

Prior to her foray into acting, Angelina first tried her hand at singing which, she feels, “comes more naturally” to her. But she’s optimistic that she will be able to juggle both music and acting.

“Since I pursued singing as a career first, I guess I can say I’m more familiar with it, unlike acting which is what I want to work on,” pointed out Angelina, who released a six-track, self-titled EP two years ago. “But I can see myself pursuing both acting and singing.”