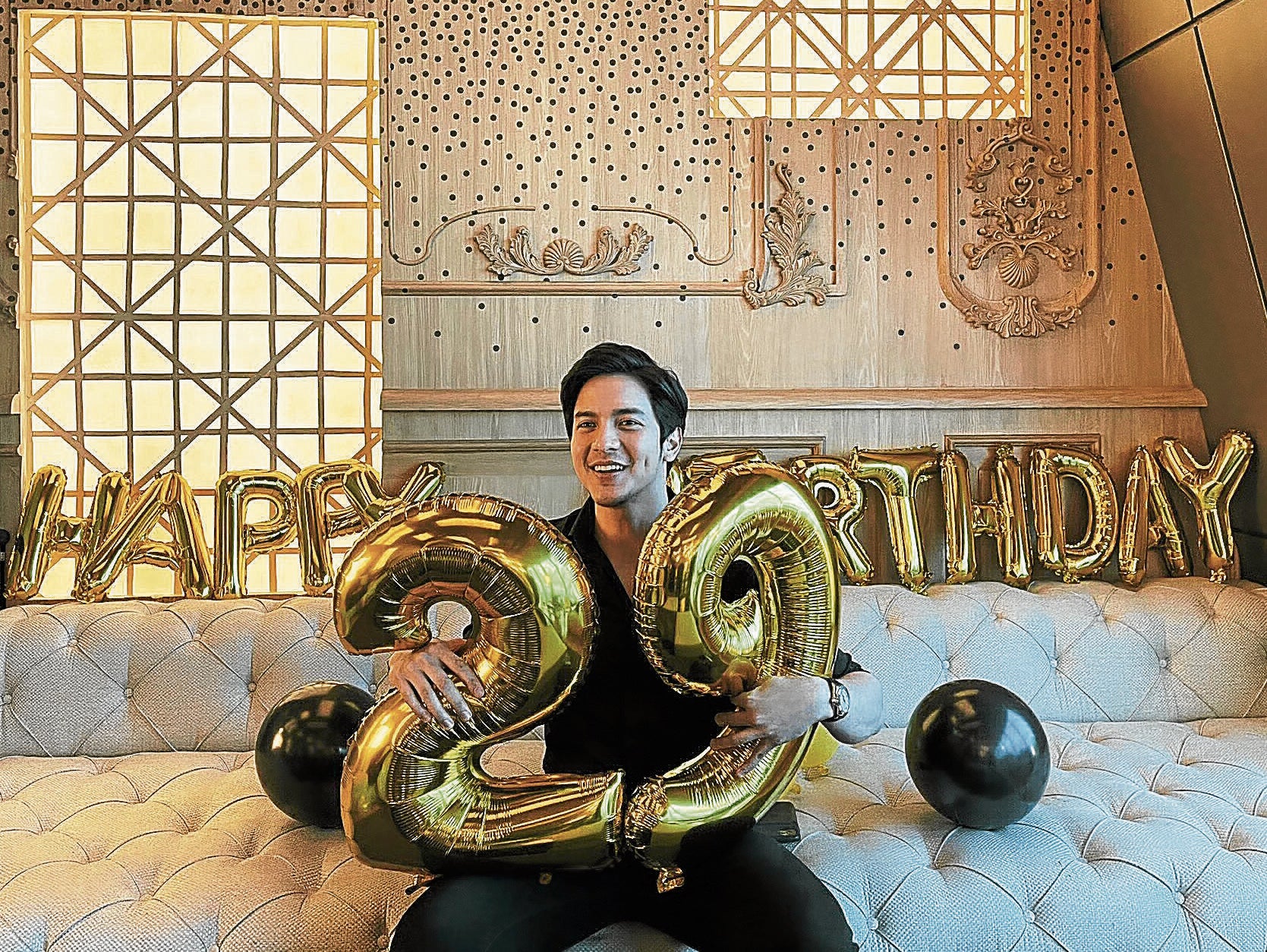 A birthday celebration for Alden Richards usually entails a thanksgiving Mass and a gathering with his family and friends at his own restaurant. Things were much simpler this 2021.

“Unlike last year, I decided to forego celebrations. And I wasn’t used to it, because I normally have a Mass held at Concha’s, my restaurant in Quezon City. Unfortunately, we had to close that because of the COVID-19 pandemic,” he told the Inquirer in a recent virtual conference for the return of “Centerstage,” GMA 7’s singing contest for kids.

“This time, only my family were my guests,” Alden, who turned 29 last Jan. 2, added. “But despite it all, I’m still thankful to be able to spend it with my loved ones.”

The day was made even more special by his fans.

“It was nice because, on the day itself, they waited for me outside APT Studios (where “Eat Bulaga!” is shot) and lined up while observing social distancing. I stopped by them one by one so they could give me their gifts,” Alden related. “I can really say that I have some of the best supporters, because they find ways to show their love for me.”

The Kapuso star is only a year way from turning 30—but no panicking here. “For me, age is just a number. It’s up to you how to take care of the things that come your way. My goal is simple: I want to make every year count. I want to be able to look back at my life and say that I didn’t waste any moment,” he said.

This year is already shaping up to be a better one than last year for Alden. Aside from three regular hosting jobs, he’s also set to do a new drama series on GMA 7 and a movie with Bea Alonzo.

“Everything was already planned at the beginning of last year, but they came to a halt because of the pandemic. But somehow, some aspects were still able to thrive and contribute to my career. I hope 2021 will be like that, too. Work is now lined up,” he said.

While he’s raring to do live shows again, he conceded that that may take a while. “As much as we want to do public appearances that’s something we can’t do. So I will just be focusing on what I can deliver, like movies and television shows,” he pointed out.

“I just have to do my job well and give my best to every project.”

“The challenge is time and scheduling, because almost all projects require a lock-in,” he added. “I have to balance everything.”

Alden admitted that, at one point, he feared that “Centerstage” wouldn’t be able to resume production, mostly because the contestants are children. But thanks to technology, the talent search will return on Feb. 7, with the performances being shot at the young singers’ respective homes, with the assistance of the production team.

“It’s hard because the banter between the host and contestants is no longer there—no way to talk to them live. But we have to push forward and adjust, because they’re relying on us. And I’m glad that we found a way,” he said of the show, which features judges Pops Fernandez, Aicelle Santos and Mel Villena.

While acting is the reason he entered show biz, Alden has also grown to appreciate hosting through the years.

“It’s something I’m comfortable doing. It’s a different feeling and satisfaction. As a host, you get to talk to different people and share your stories with each other,” he said, adding that he tries to change his style from one show to another. “Like acting, you adapt your approach depending on the show, so that it doesn’t get boring.”

What Alden loves most about hosting “Centerstage” is being with young dreamers whose stories remind him of his own. Like the kids he interacts with, the actor had his first glimpse of the spotlight in a contest.

He recalled taking part in a school pageant when he was in second year high school. “My adviser forced me to enter. Luckily, I won. The experience ended up giving me confidence and self-belief. Sometimes, you just need to have the right people around you to push and help you know your worth,” Alden said.

“That’s how I started. I was a young dreamer. I joined different contests and worked hard to be able to achieve my dreams,” he added. “It’s nice to hear stories similar to what I have been through.”