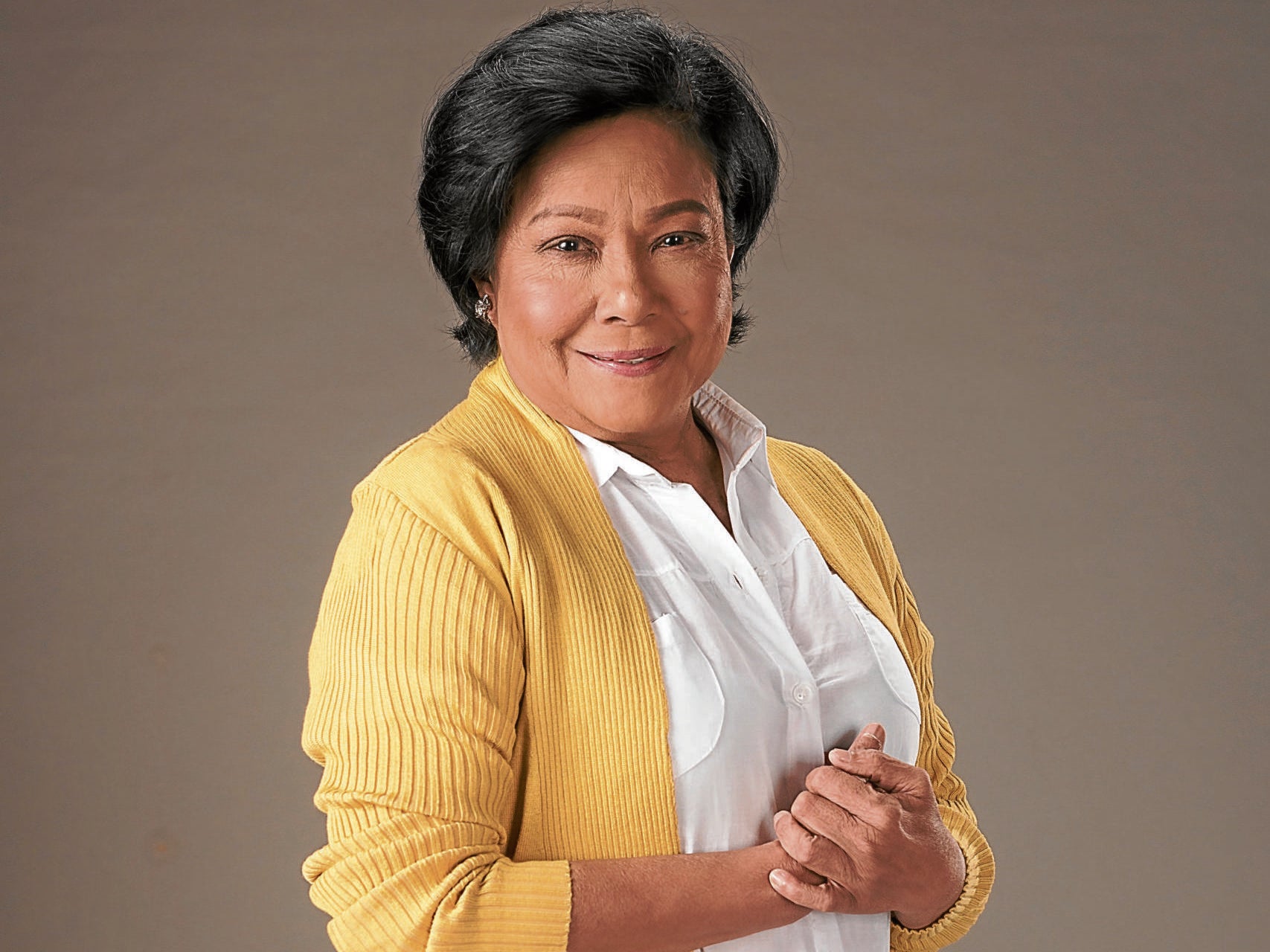 In her more than 50 years in show biz, Nora Aunor has played a wide range of roles—from an obsessive fan girl in “Bona” to a lesbian lawyer in “T-Bird at Ako” to a faith healer in “Himala.”

But the one thing she has never done, the Superstar said, is play a villain in the movies. Yes, she may have tackled characters that could be considered as morally gray, but they weren’t full-fledged villains. She also has hazy recollections of playing a villain of sorts in the 1970s drama series “Ang Makulay na Daigdig ni Nora,” but that was for television, and the details have already escaped her.

Thus, her upcoming film, aptly titled “Kontrabida,” is a first for the seasoned actress. And she couldn’t be more thrilled to take on this “different challenge.”

“I’m happy and excited … It’s hard to explain how I’m feeling,” Nora said at a recent story conference for the film. “I didn’t think twice when I was offered this project and learned that I’m going to be playing a villain.”

Directed by Adolfo Alix Jr. and produced by Joed Serrano’s Godfather Productions, “Kontrabida” will have Nora portraying a famous silver screen villain who has to constantly contend with scrutiny and prejudice from fans, simply because of the kind of roles she plays. It will also delve into her relationships with her family and coworkers.

“As for preparations, I will be consulting with direk on how to go about it,” she said. “Whatever my directors instruct me to do, then that’s it.”

“And I’m nervous, to be honest, because these are very skilled actors,” she admitted. “Working with Bembol always feels natural—isang tingin ko lang sa kanya, alam ko na ang gagawin ko. And when the scene requires long dialogue, he would step in whenever I forget my lines. But I’m also looking forward to working with young actors, because there’s always something to learn from them.”

Nora also highlighted the importance of having villains in movies. “Kung walang kontrabida, wala ring bida,” she quipped. “We need them. People will tire easily if everyone’s good. And that’s how it is with other things. Those that challenge you inspire you to persevere.”

Will Nora allow herself to get slapped in front of cameras? “I don’t mind being slapped. After all, I have done that a number of times in the past,” she said, drawing laughter. “In fact, some of my coactors back in the day complained [about my slap].”

When the 67-year-old artist hears the word “contravida,” the late icon Bella Flores is the first name that comes to mind.

“She was already very popular when I was just starting out,” recalled Nora, who has worked with Bella in the former’s early films in Sampaguita Pictures.

Bella also appeared in some of Nora’s most important movies, like “Atsay” and “Bulaklak sa City Jail.” “Grabe siyang kontrabida, lalo na kapag nanlilisik ang mga mata niya,” Nora said. “But she was different after shooting. I will always remember her kindness and humility. She was also very friendly.”

The same goes for every actor who has played her tormentor. “Wala akong kinainisan. After shooting, we’re all friends,” she added.