Guy Sebastian’s latest album ‘T.R.U.T.H.’ a snapshot of his life’s ups and downs 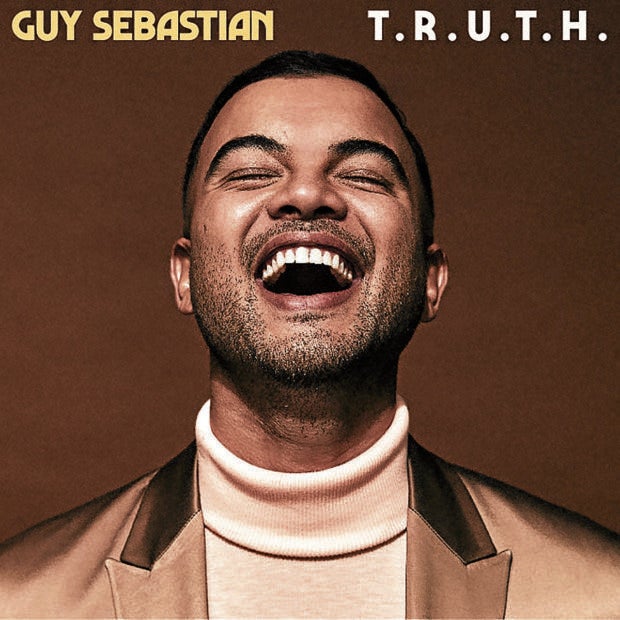 As its title suggests, “T.R.U.T.H.,” the ninth and latest album of Guy Sebastian, is the Australian pop star’s “most honest work yet.”

It’s composed of 12 songs, each one inspired by a triumph or struggle, a happy or a difficult moment—“snapshots of my life’s ups and down in the past few years.”

There are compositions about loss, mental health and grief: “Choir” is about losing a dear friend; “Standing with You” is about mental health and the struggle to support struggling loved ones; and “Before I Go” was written after a messy and heartbreaking split with his longtime manager and friend.

But on the flip side, there are also songs about celebrating love; about his wife and two children; about the unexpected career victories.

“I felt like the majority of the songs in the album were written to reflect what I have been through. There are moments in our lives that are more difficult than others. And I can look at each song and remember where I was during those times—from the highest of highs to the lowest of lows,” Guy said in a virtual conference arranged by Sony Music Philippines.

“There were times when I struggled mentally and felt betrayed,” the 39-year-old singer-songwriter added. “But there were good moments, like winning song of the year at the ARIA Music Awards, which is our version of the Grammys. It’s a coveted award that I hadn’t won before. And it’s amazing that it happened with ‘Choir,’ which is a song about grief.”

Guy, who first rose to prominence after winning the talent search “Australian Idol” in 2003, is the voice behind the hit “Angels Brought Me Here,” which dominated the music charts in various countries, including the Philippines.

Known for his sweet yet soulful tone, the acclaimed pop-R&B artist would go on to put out nine studio albums and numerous multiplatinum-selling singles, which eventually made him the third most successful artist in the Australian chart history.

And in what turned out to be a full circle moment, the former singing contest champion found himself sitting as a judge in the Australian editions of “X Factor” and “The Voice.”

Excerpts from our interview: Your album is doing very well.

It’s mind-blowing to get a No. 1 album in Australia, because it has become difficult for local artists … because we’re in the same pool as foreign artists. It had been eight years since my last No. 1 album, and my first one was nine years before that.

I have been getting a lot of messages of support from fans—the most I have gotten in my career. I’m still trying to get back to some of the messages. They tell me how the songs touched their lives. And this has just been overwhelming and heartwarming … to have this kind of interaction with the fans.

Tell us about your most recent single, “Love on Display”?

It’s one of the lighter songs in the album. Lots of other emotions are already covered by the other songs, so it feels nice to sing a fun up-tempo which celebrates love. Life is short to care about what other people think. When you love someone, then you put that person front and center.

How has the pandemic affected your writing process?

I write everything at home. I’m lucky to have a studio here and I have written a lot, because I have been forced to stay at home. From here in Australia, I would be doing Zoom sessions and write with producers and people in Los Angeles or London. We would write together. And I use a software that allows them to hear what I’m playing or recording in real-time.

That’s the benefit. We have to learn how to adapt. Now we know that we don’t need to hop on a plane just to connect or make music together with other people.

What’s your goal as a songwriter?

The purpose of my songwriting is to put the things I have been through in a song in order to help others who may be in a similar situation.

“Before I Go,” which is the first song I wrote for the album, is to remind myself not to listen to other people putting an expiry date on what you can do and achieve; people who put a ceiling on how high you can go. That’s something I wrote to express what I’m feeling inside. And I want to help others process what they go through.

Your song becoming a go-to in karaoke is a huge compliment. That makes me think of the songs I myself choose. That’s an honor.

To this day, I get so many messages about the song, despite having released nine albums and creating so much more music after that. There are a lot of countries, like the Philippines and others in Southeast Asia, which still love that song.

From a talent show contestant, you’re now a judge. What’s it like to be on the other side of the fence?

“Idol,” something I never thought I could win in a million years, changed my life 17 years ago … it allowed me to do what I love for a living. I had faced rejection, with people telling me I don’t have the looks or image to be a pop star. But it was “Idol” that helped me connect with people, who judged me only on my singing.

As a coach, those experiences make me more emphatic. I know when they’re nervous. I understand that it’s a huge moment that could make or break their career. I know that sick feeling in the stomach. So, when I push that button on “The Voice,” I go, “This is something that could really change his or her life.”

How much have you changed since your “Idol” days?

I think it’s normal for many artists to cringe when they revisit some of their old stuff. I would be like, “Oh, I would never write that now!” But that’s healthy. It’s healthy to grow, to become a better writer. As you mature the way you see the world changes. Your priorities change, especially when you become a parent.

Recently, my kids (Hudson, 8, and Archer, 6) and I watched my “Idol” performances on YouTube and told them, “This is how dad became an artist. I haven’t seen those in a long while, and it was weird watching them with my kids. They were like, “Look at your afro! Your voice sounds so different, like your singing through your nose.” And it’s true, I used to sound more nasally.

You have been to the Philippines twice in the past. What do you remember from those trips?

They were quick trips. I love photography, so I took a lot of photos around the city. I went to bars, watched shows. Whenever I heard live music, I would go and check it out.

I remember walking in a hotel and a band was performing “Angels Brought Me Here.” I was on an escalator, going up, with my two suitcases. And then the band was like, “Oh my God, that’s Guy Sebastian! Come and sing with us!” And so I got down, still with my two suitcases, and sang with them. INQ