‘Lord of the Rings’ series set thousands of years before movies 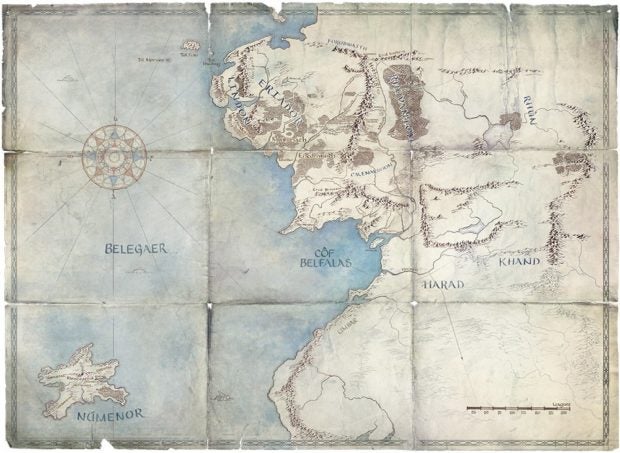 The upcoming “Lord of the Rings” series by Amazon will be set thousands of years before the movies, the recently released official synopsis confirms.

The new Middle-earth show will specifically be set in the Second Age, around 3,000 years before the Third Age, the setting of J. R. R. Tolkien’s “Lord of the Rings” and “The Hobbit” trilogies, TheOneRing.net reported on Jan. 12.

“Amazon Studios’ forthcoming series brings to screens for the very first time the heroic legends of the fabled Second Age of Middle-earth’s history. This epic drama is set thousands of years before the events of J.R.R. Tolkien’s The Hobbit and The Lord of the Rings, and will take viewers back to an era in which great powers were forged, kingdoms rose to glory and fell to ruin, unlikely heroes were tested, hope hung by the finest of threads, and the greatest villain that ever flowed from Tolkien’s pen threatened to cover all the world in darkness,” the synopsis read.

“Beginning in a time of relative peace, the series follows an ensemble cast of characters, both familiar and new, as they confront the long-feared re-emergence of evil to Middle-earth. From the darkest depths of the Misty Mountains, to the majestic forests of the elf-capital of Lindon, to the breathtaking island kingdom of Númenor, to the furthest reaches of the map, these kingdoms and characters will carve out legacies that live on long after they are gone,” it added.

Our servers haven't crashed & burned like this since 2003, so here's the official show synopsis for Amazon's LORD OF THE RINGS series. 📺 #LOTRonPrime pic.twitter.com/O9k0Q8Vkuz

Described as “an era in which great powers were forged” in the synopsis, the Second Age is the time when the Rings of Power were created, including Sauron’s One Ring.

While production was put on hold because of the COVID-19 pandemic, filming is resuming this month in New Zealand where the previous Middle Earth epics were filmed.

The upcoming show, which reportedly has a budget of $500 million, is also set to run for five seasons, showrunners confirmed. While the first season is not even out yet, Amazon has already renewed the show for a second one.