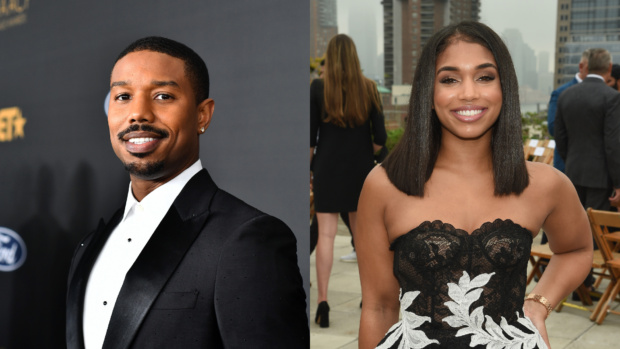 The “Creed” star, 33, confirmed their relationship by sharing two darkly lit and grainy photos of them on his Instagram page yesterday, Jan. 11.

Jordan also let the pictures speak for themselves as he opted not to caption them. In one of the images, the two appeared to be in a warm embrace as they lovingly looked at each other.

As for Harvey, she posted two more photos of them that showed them outdoors by a tall Christmas tree. However, she chose to keep her post short as well and simply captioned them with a heart emoji.

The two sparked relationship rumors after they were seen arriving in Atlanta, USA, together last November. Weeks after, The Sun shared images of them getting off an airplane together on Dec. 30 in Utah.

Jordan also told People that he was looking for a romantic partner in November.

“A sense of humor, true understanding, because [an actor’s] life is not conducive to a relationship—it’s really not,” he told the magazine. People named Jordan as its “Sexiest Man Alive” for 2020 in the same month.

Harvey is the stepdaughter of TV host and comedian Steve Harvey. Prior to dating Jordan, she was linked to rappers Future and Sean Combs. Ryan Arcadio /ra