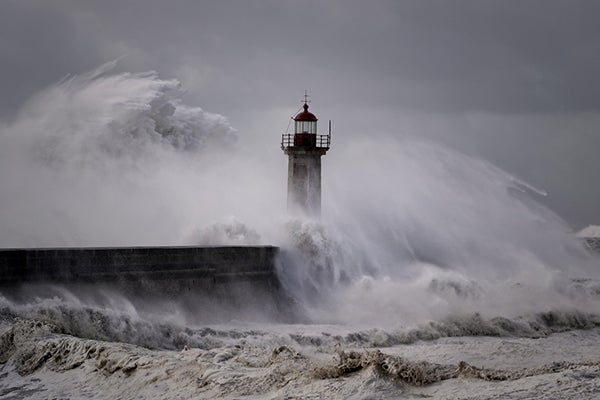 For its 2021 edition, the Göteborg Film Festival is inviting one lucky movie fan to watch the 60 films in its line-up alone in an isolated lighthouse. Image: IStock/johnnorth via AFP Relaxnews.

To mark its 2021 edition, Sweden’s Göteborg Film Festival is offering an exceptional experience to one lucky film fan. That person will be able to watch up to 60 movies in total isolation in a lighthouse on the island of Hamneskar in the North Sea. Hopefuls can already sign up for their chance to win.

If you like watching movies alone, then this experience is a dream come true. To promote its 2021 edition, the Göteborg Film Festival has set up a competition that’s so very 2020 in terms of its socially distanced flavor. The Swedish film festival is offering one movie fan the chance to spend seven days alone, or almost alone, on the island of Hamneskar in the Pater Noster lighthouse, in the middle of the North Sea, to watch the festival’s full lineup — a total of 60 films. The experience will run from Jan. 30 to Feb. 6, 2021.

No phone, no laptop

“You have everything you need — great food, great drink, a nice bed — this isn’t about survival. But you can’t bring anything with you: no phone, no computer, not even a book,” the festival’s artistic director, Jonas Holmberg, told The Hollywood Reporter.

For safety reasons, the individual selected will not be left totally alone on the island, since a festival representative will also be present throughout the experience. The lucky winner will have access to a computer and an iPad to record a video journal documenting their experience, the festival stated.

While the winner will be able to watch movies in a special screening room in the lighthouse, they will find everything they need for sleeping, eating and showering in a separate building on the island. In liaison with the winner, who won’t have to spend a cent, the festival will provide all the necessary provisions for their entire stay on the island.

Applications are now open to adventurous candidates who fancy trying out this unique experience. Hopefuls are invited to email the Swedish festival before Jan. 17, describing themselves and explaining why they want to experience this week of solitude. The organizers will then carry out individual interviews on Jan. 12 to 19 after selecting a handful of provisional candidates.

The winner will be contacted Jan. 19 at the latest, the festival stated.

“They have to be a film enthusiast; they have to agree to record a daily video blog about the experiment; and they have to be emotionally and psychologically suited to spend a week in this kind of isolation,” Jonas Holmberg told The Hollywood Reporter.

Candidates need to be available in the week before the event begins to organize their trip. They should also be aware that the departure and arrival dates to and from the island may be subject to change depending on the weather.

With this experience, and in light of the COVID-19 pandemic, the Swedish film festival hopes to study the impact of this isolation on individuals and the role of movies in the post-pandemic world. Similarly, the festival, which is being held online Jan. 29 to Feb. 8, reflects this in its lineup, focusing on productions with themes of social distancing and which examine the pandemic’s impact on the world. The festival also plans to host individual, one-person screenings in the Draken movie theater and Scandinavium arena in Göteborg. CC