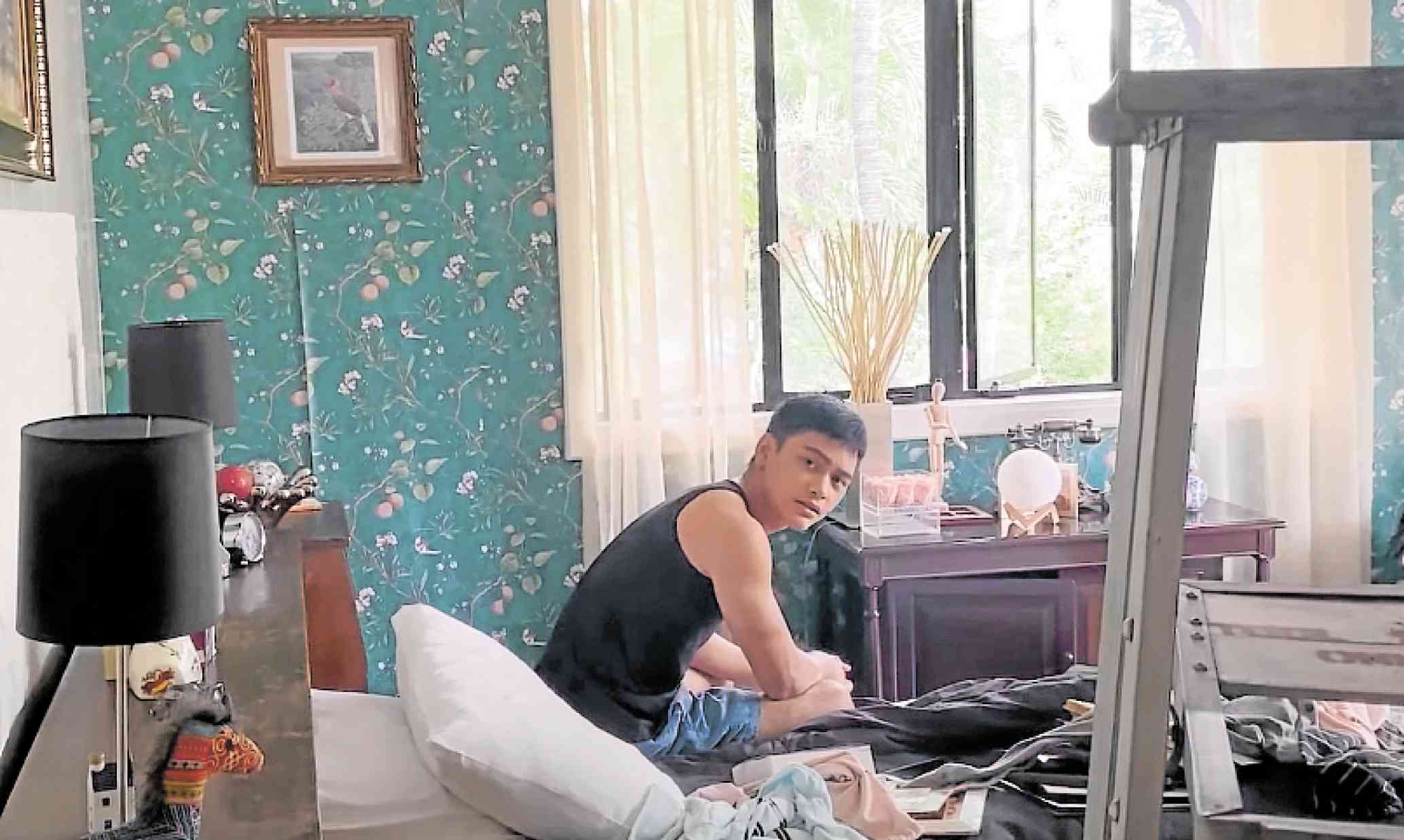 You just have to make these difficult times interesting for you in terms of storytelling,” advised director Adolfo Alix Jr. on how one can be creative amid the COVID-19 pandemic.

Adolf has definitely been busy this 2020. For one, he organized and ran the #ExtendTheLove fundraiser for displaced film workers, even at the time of the strictest implementation of the quarantine in March. In July, he released “Unlocked,” an LGBTQ-themed anthology series on the streaming platform GagaOOLala.

On Christmas day, his nine-part BL (Boys’ Love) series titled “Happenstance” premiered on GagaOOLala, which will then stream new episodes every Friday.

“I read somewhere that ‘in times of limitation, art flourishes,’” Adolf told Inquirer Entertainment during a recent virtual meetup. “The pandemic has made a lot of people think ‘creatively,’ and at the same time reevaluate how they can tell stories given the limitations. At the start of the lockdown, I was also worried about how the industry would run while experiencing a pandemic. Our industry is one of the most badly hit. There were establishments that closed down, resulting in massive job loss. I’m grateful for the opportunities that came my way through GagaOOLala.”

“Happenstance,” which Adolf cowrote with Jerry Gracio, recounts a love story that takes place between two timelines: The one that has Wade’s, which is set in the present, and there’s Jose Manuel’s, which happens in the 1970s. 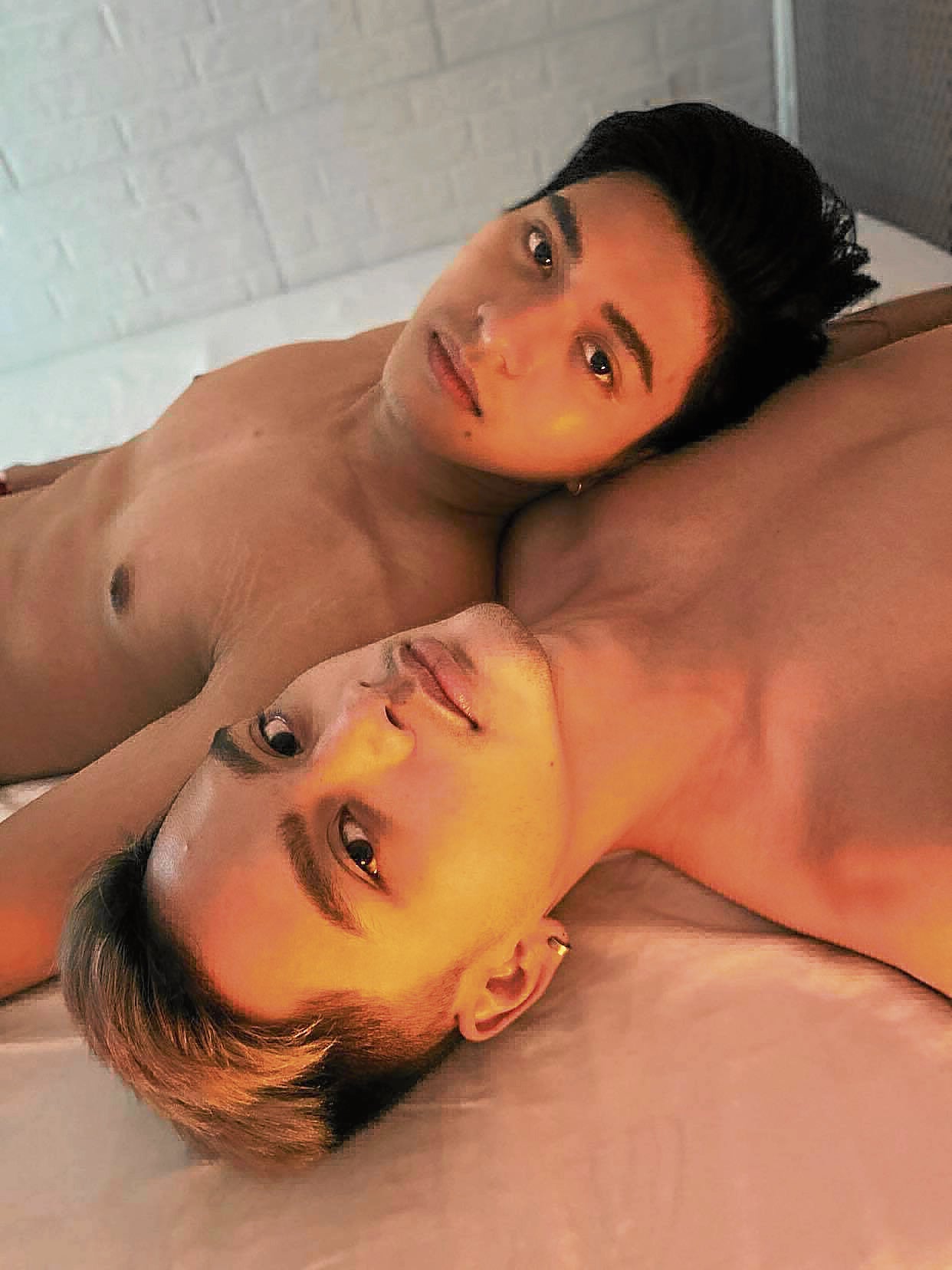 Jose Manuel (Jovani Manansala) is grounded as a form of punishment after his father, a military man, discovers his relationship with Luis, an activist. Wade (Kiko Ipapo), on the other hand, is recovering from his recent breakup with Eric. He visits the family’s rest house, where he also got stranded during the lockdown.

A super moon occurs both in March 2020 and March 1974 and magically opens a portal between the two eras, making it possible for Wade and Jose Manuel to meet and fall in love.

During the virtual media gathering, lead actors Kiko and Jovani were asked whether it was possible for them to fall in love with somebody whose existence they cannot explain. To this, Kiko said: “It’s possible, even though we’re far apart and from different dimensions. It’s because love has no boundaries, it’s neither bound by time nor space.”

As to whether Jovani would still pursue the relationship, despite the odds, he replied: “It’s hard to tell. If I find myself in a similar situation—Jose Manuel is sad and is looking for someone to share his frustrations with—and meet someone who understands what I’m going through, then why not? We’re all searching for that someone in our lives. We want to love and be loved.”

In order to prepare for their respective characters, Kiko and Jovani attended acting workshops and interviewed their gay friends. They said that since they’re both straight men, they had to make sure that acting like they are really attracted to each other would come out naturally onscreen.

Jovani said: “I first read the script thoroughly. I made notes on what I had to do as Jose Manuel. I studied his personality and tried to include some of my personal experiences to add layers to his backstory.”

On the other hand, Kiko, who is soon to be married to the mother of his child, replied: “I talked with friends who are members of the LGBTQ community. I learned stuff from my sessions with them that I was able to use to prepare for my character. After that, I created in my head the Wade that I wanted people to see.”

Reporters were also quick to ask whether Adolf and Jerry used as inspiration Alejandro Agresti’s fantasy-romance “The Lake House” (2006, starring Sandra Bullock and Keanu Reeves) in writing their BL project.

To this, Jerry replied: “I have yet to watch that film, even though I’m a big fan of Keanu, so I can’t tell which parts are similar to our film. The germ of the idea was really the article that Adolf read (about a woman who discovered love letters in the attic of her house while cleaning it during the lockdown). The essence of the series was already complete in his head even before he contacted me about it.”

Adolf added: “We incorporated Filipino folklore into the story. An example is the one about looking in front of the mirror at midnight during a full moon in order to see your would-be husband or wife.”