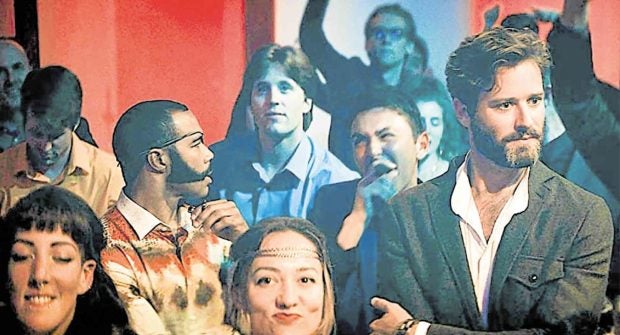 Hammer (right) in a scene from Boots Riley’s dark comedy

Does “beauty” get in the way of people noticing or acknowledging that there’s more to an actor than his movie-star looks? We asked Armie Hammer this question when we spoke to him in a Zoom chat some months ago.

The 34-year-old actor proved to all and sundry that there’s indubitably more to his good looks after appearing in David Fincher’s 2010 Facebook drama “The Social Network,” where he played a dual role, and Luca Guadagnino’s gay-themed 2017 romance “Call Me by Your Name,” where he starred opposite Timothée Chalamet.

“So I really love it when I get asked to portray interesting roles. I love it when I get asked to play weird or complicated characters like I got to do in a film called ‘Sorry to Bother You.’” Boots Riley’s dark 2018 comedy, a Sundance darling, is about black telemarketer Cash Green (Lakeith Stanfield) who discovers a magical key to professional success. Cash has trouble talking to customers until an older coworker teaches him to use his “white voice,” at which he excels. 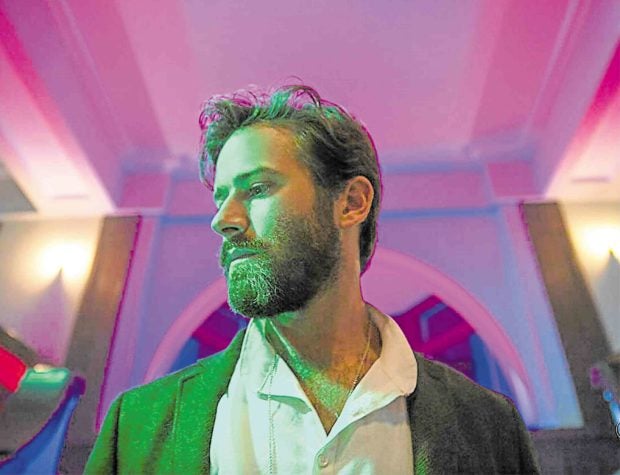 Armie Hammer in “Sorry to Bother You”

But things take a turn for the twisted when Cash crosses paths with CEO Steven Lift (Armie), who wants to make his employees even more subservient—by turning them into “equisapiens.”

For Armie, however, he just appreciates every opportunity to showcase his continually maturing thespic chops.