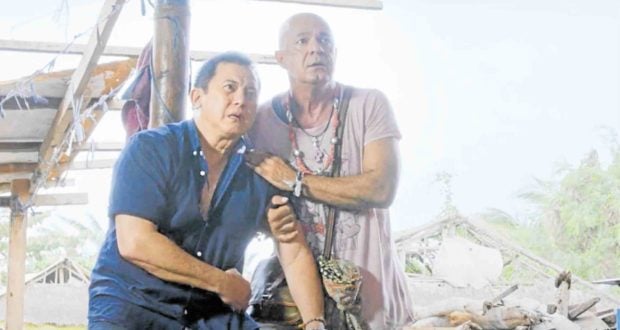 A 65-year-old former seaman (Salvador) named Dom comes home to his family, who all think he died when his ship exploded many years ago. The problem is that his wife Lumen (Aunor), now a paraplegic, is less than thrilled by his reappearance. He also faces more resentment from his children (Marudo, Marco, Lopez), who are even more embittered than their mother. Despite his failing health, he perseveres to win back his beloved’s heart and also earn his children’s forgiveness. All these with a lot of help from his ever-loyal gay friend Rhey (De Mesa).

“Isa Pang Bahaghari” (Another Rainbow), according to director Lamangan, is connected to his previous dramatic piece, titled “Rainbow’s Sunset.” He explained: “The idea is to show that there is true love even among gay people; that love is not exclusively for heterosexuals; and that homosexuals are also capable of loving faithfully.”

Lamangan clarified that, “The film is not a BL (boys’ love) project. It also tells the love story between a husband and wife, and a family with three children. This is the story of every Filipino. Pinoys will be able to identify with the movie,” he insisted.

Producer Harlene Bautista said that while she preferred for the audience to see Lamangan’s masterpiece on the big screen, she was happy that Filipinos from all around the world, especially the fans of lead actress Aunor who are overseas Filipino workers, would be able to watch it the same time as the rest of us. “This means, they don’t have to wait for it to be shown on cable or get a copy of the film through illegal means,” she said. —Marinel Cruz INQ