Sir Ian McKellen receives COVID-19 vaccine, encourages others to do the same 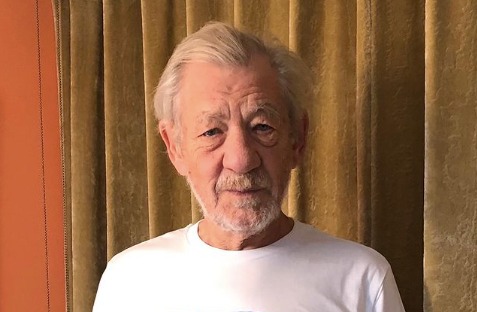 Sir Ian McKellen, beloved for his roles as the wizard Gandalf in the “Lord of the Rings” franchise and Magneto in the “X-Men” film series, recently received his first dose of the Pfizer-BioNTech COVID-19 vaccine.

McKellen sang praises of the United Kingdom’s National Health Service, saying he would like to give all of those in the NHS “a big hug,” according to a report by ITV News on Dec. 16.

“That’s the real bonus of all this, to watch and see what works in this country and what doesn’t work — and it seems to me the NHS is right at the top of the list for institutions that do work,” McKellen said in the report.

McKellen wore a mask and a bright rainbow-colored scarf as he got his shot. The actor received his vaccine at Queen Mary’s University Hospital in London, as per the Evening Standard on Dec. 16.

“Sir @IanMcKellen joins the thousands of people who have now safely received the first dose of the #CovidVaccine,” NHS England and NHS Improvement said.

'I really hope that, as more people get vaccinated, we will move further along the path back to a more normal way of life.'
⁰Sir @IanMcKellen joins the thousands of people who have now safely received the first dose of the #CovidVaccine. https://t.co/1e3nCAUFcB pic.twitter.com/FFW6jrKqEg

McKellen, who turned 81 last May 25, added that the vaccine may look like a weapon, but that it is not. He also encouraged all to “do the sensible thing” and get the vaccine.

“It is invasive of course, it looks like a weapon — a needle — but it isn’t, it’s a friend!” he told ITV. “I would encourage everybody to do the sensible thing, not just for themselves but for everybody else because if you’re virus-free that helps everybody else, doesn’t it?”

The United Kingdom was the first in the world to approve the Pfizer-BioNTech COVID-19 vaccine on Dec. 2 and started rolling them out in some hospitals a week after. A 90-year-old British woman was the world’s first person to receive the vaccine produced by Pfizer-BioNTech on Dec. 8. The vaccine was administered to her by Filipino nurse May Parsons.

According to the NHS, the vaccine is being given to people aged 80 and over who have scheduled hospital appointments in the next coming weeks, people who reside and work in care homes, and health care workers at risk of the disease. It is given in two doses, at least three weeks apart. Cody Cepeda /ra