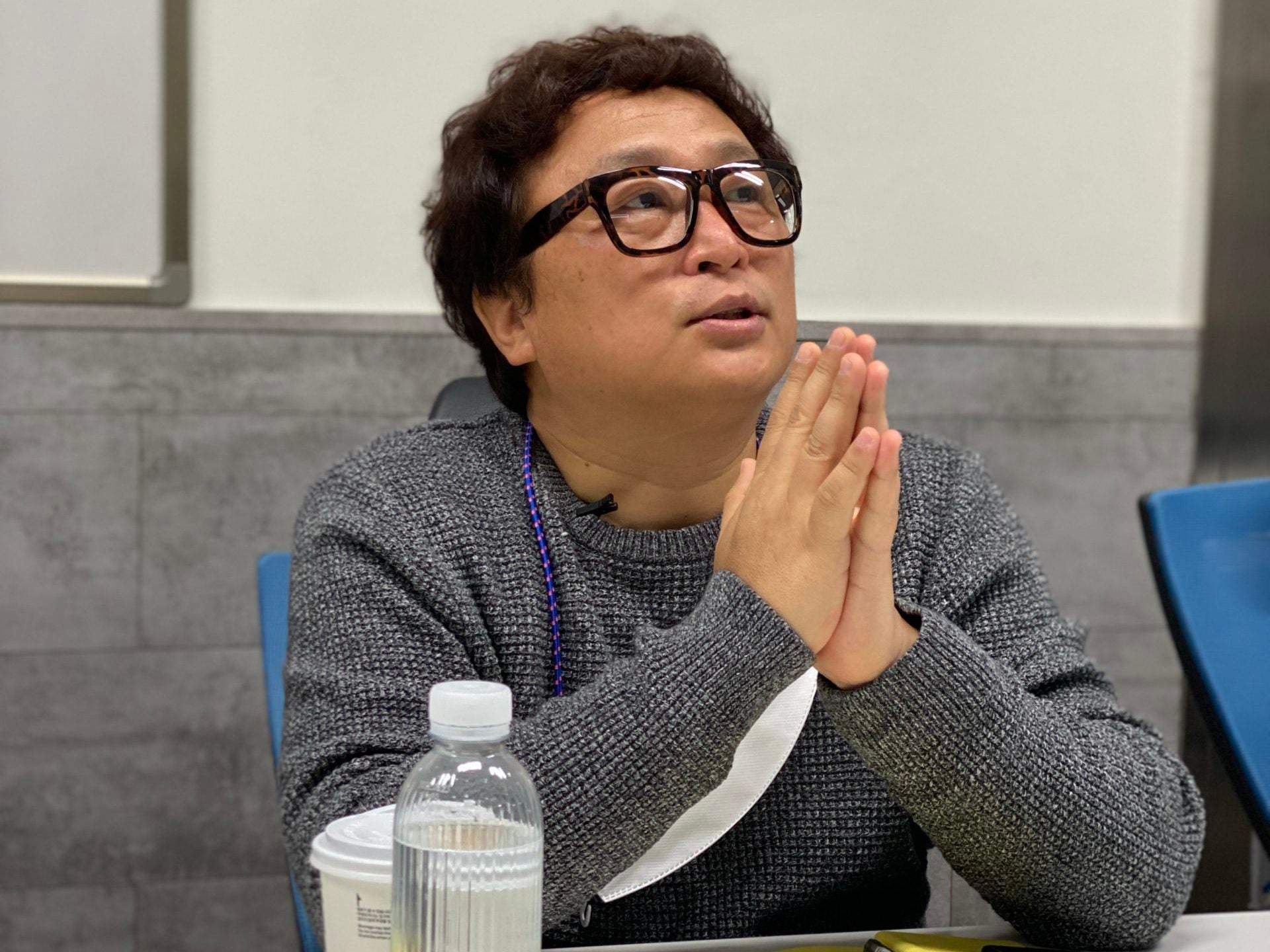 Kwak Moon-Wan, a North Korean defector who is making a name for himself in K-drama. CONTRIBUTED PHOTO

MANILA, Philippines—Refreshing news awaits K-drama fans in the Philippines at the end of the pandemic year.

A spy drama set in the Korean peninsula is now being moulded by a team that included Kwak Mon-Wan, assistant writer of the hit series “Crash Landing on You (CLOY).”

“The next project is about HUMINT (human intelligence) and it is a spy drama between the North and South,’’ he said in an interview by e-mail.

But Kwak said it’s not going to be a run-of-the mill spy series.

Kwak is the main writer of the new series. He declined to divulge more details, except to say he’s holding out hope that viewers would fall for it.

“I wonder if this would get as much attention as ‘Crashing Landing On You,’ but I have hope,’’ he said.

As the COVID-19 pandemic raged, many Filipino viewers—especially those driven to work from home—binged on the Netflix hit series, fascinated by the love story between a South Korean heiress and a North Korean military officer.

It didn’t come as a surprise that it was the most-searched K-drama and its male lead, Hyun Bin, who played Capt. Ri Jeong Hyeok, the most-searched South Korean personality in the country, according to Google Philippines.

For Kwak, scenes that threw a positive light on life north of the Korean DMZ may have been a key factor to CLOY’s runaway success.

“I think putting a new light on the North Koreans toward a more positive side has reached the audience in some ways,’’ he said.

Kwak is a North Korean defector who was credited with credible depictions of life in his country of birth in the comedy series.

The twists and turns of his life—from serving in the elite force that guarded the ruling Kim family to his defection to South Korea—are the stuff spy thrillers are made of.

At 14, he studied film at the Pyongyang University of Dramatic and Cinematic Arts. When he was called to serve in the military, he was posted at the Supreme Guard Command, the elite force securing the Kims.

After college, he landed a job at the state-owned Joseon Film Import and Export only to quit later because he could not make films the way he wanted to.

He got hired as a manager of a trading company, which sent him to work in its office inside the North Korean Embassy in Moscow.

And then one day in 2004, he was summoned to return to North Korea. En route to Pyongyang, he learned that he was in trouble at home because of discussing with friends a comparison between the North and South. It was then when he decided to defect to Seoul.

Since he had only three days to escape, he posted an online SOS to the National Intelligence Service (NIS), South Korea’s intelligence agency. By some stroke of luck, his plea for help reached the agency.

He and the NIS agents agreed to secretly meet somewhere. He showed up but his contacts didn’t. He walked away crestfallen only to find them waiting for him at his hotel. Thus began his defection to South Korea.

In Seoul, things slowly fell into place and he ended up working for the Zininsa Film, a company founded by director Kyung-taek Kwak.

Kwak said he believed that K-drama is sweeping the world off its feet because of its perfect mix of “candidness and dreams.”

“Korean dramas are very candid. They don’t sugarcoat things. Lines are blunt and direct. Based on the candidness and dreams, they plant people’s dreams in the candid reality,’’ he said.

“I often say the beauty of Korean drama is the combination of candidness and dreams. I think that’s why the world audience falls for the Korean dramas.’’

But having lived on opposite sides of the DMZ, Kwak has embraced a mission “to address some of the problems related to peace and unification of the Korean peninsula.’’

Why not a spy drama about the two Koreas then?

Kwak said he believed that K-drama can be a powerful tool in bridging the gap between the two countries, which remained technically at war after the Korean War ended with an armistice, not a peace treaty.

For starters, both Koreas can build on their shared culture and love of the delicacy kimchi, he said.

“This may sound a bit grandiose, but it is not. Characters like Chi-soo, Wol-sook, and Young-ae, these characters also make kimchi together and [are] sharing it with others,’’ he said, referring to other CLOY characters.

“This kind of customs all Koreans have, despite North and South, and could be the key to open up for understanding and empathy. And drama is a great tool to do that.’’

In the end, Kwak reckoned that only Koreans themselves can make unification happen.

“My opinion is that it is North and South Korea themselves should be the ones who decide. I believe if we have that common goal for unification and try to understand each other, we’ll yield good results even if that takes generations,” Kwak said.

“I hope the ones who are in charge should be prepared.”

(Note: The Korean Culture and Information Service (KOCIS) facilitated the interview with Mr. Kwak as part of South Korea’s program for journalists during the pandemic.)