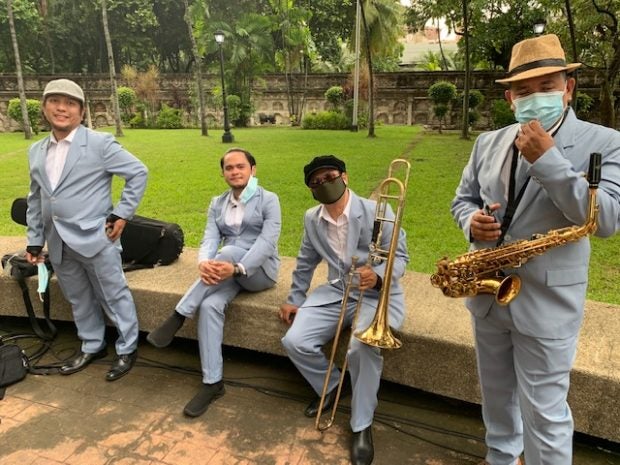 Just like the wildly popular snack food it was named after, there is something addicting about Hotdog, the seminal band formed in 1972 that defined Manila Sound with such foot-stomping classics as “Bongga Ka Day”, “Manila”, “Beh Buti Nga” and “Annie Batungbakal”.

Indeed, it has been more than 40 years since these songs with their irresistible hooks and cheeky lyrics written by brothers Dennis and Rene Garcia first hit the airwaves. And yet they and the other classics on Hotdog’s long hit list are as hot and fresh as the day they were recorded on vinyl.

Fans young and old stand to enjoy another hearty helping of Hotdog’s music on Dec. 13, Sunday courtesy of “Hinahanap Hanap Kita Manila – The Manila Heritage Concert “ spearheaded by the Department of Tourism and the National Parks and Development Committee and presented by the Tourism Promotions Board Philippines, Juan Care Foundation Inc. and Viva Music Publishing Inc.

Dubbed the “pinakabonggang” (most bombastic) concert of this pandemic-hit year, the concert is free to watch online starting 8 pm on the Facebook pages of the Department of Tourism, Culture and Arts of Manila, Department of Tourism, National Parks Development Committee, Intramuros Administration, Nayong Pilipino Foundation, National Museum of the Philippines and Museo Pambata. 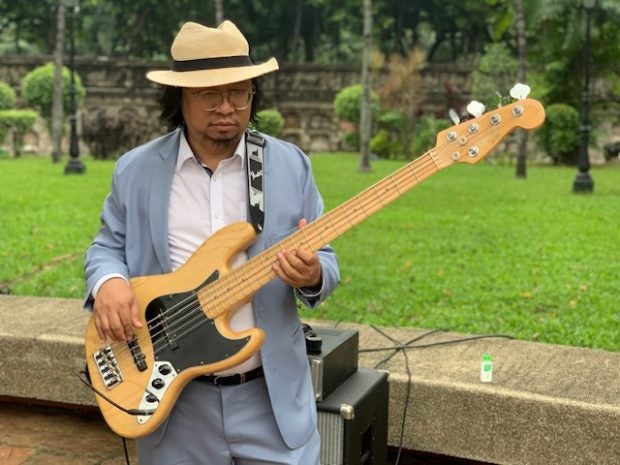 Tasked to put a new spin on Hotdog’s hits for the much-awaited concert is Francis de Veyra, the multi-awarded film scorer and musical director and bassist of funk-inspired big band Brass Pas Pas Pas Pas, who considers it a great honor to be given the opportunity to write new arrangements of Hotdog’s music.

To fulfill his daunting mandate, de Veyra told the Inquirer that he made sure the music would not be mere replicas of the originals, lest the concert turns into one big videoke session with the various heritage sites of the city of Manila as backdrop.

Thus while the essence of Hotdog’s beloved music is there, de Veyra gave the songs an added flavor that went down well with the music videos put together by some of the country’s top directors  led by Juno Oebanda and the unique styles of the artists.

The arrangement for “Manila”, for example, to be interpreted by Gary Valenciano and Armi Millare was inspired by the early works of Valenciano such as “You’ve Got Me Working”, while “Annie Batungbakal” was given the disco and funk treatment to complement the style and personality of former Put3Ska frontman Bing Austria. “Langit Na Naman”, meanwhile, was not given the heavy horns typical of Brass Pas Pas Pas Pas’ style but toned down to suit the youthful Bea Lorenzo.

Paolo Garcia, son of Dennis Garcia and a noted music producer and composer himself, has heard the new arrangements and is more than happy with them, describing de Veyra as a “musical genius.”

“[I have] complete faith in his renditions. It’s the Hotdog prototype but with the Brass Pas Pas Pas Pas stamp… I did not want to hear carbon copies of the originals,” says Garcia.

Garcia has no doubt that the renditions will also earn the stamp of approval of his father, Hotdog’s primary lyricist, who must be smiling down from heaven in appreciation of how the government institutions, producers, artists and musicians came together despite the limitations posed by COVID-19-related health and safety protocols to mount a fitting tribute to the timeless music of Hotdog.

“[I’m] eternally grateful for everyone involved in making this happen,” says Garcia, who hopes the public will likewise appreciate the history and the nostalgia that Hotdog’s music never fails to evoke, turning baby boomers and Gen Xers into the carefree teenagers they once were.

Kat Garcia-Dalusong, Vice President of Group Sales of the Inquirer Group of Companies and youngest daughter of the Rene Garcia, is likewise grateful for the tribute to the Garcia brothers, who have both passed on.

She also could not help but feel immense pride in their music that continues to win new generations of fans.

“I feel both emotional and proud of what my Dad and Tito Dennis have created. Their music has transcended generations and established itself as a pillar in modern Filipino culture,” Garcia-Dalusong said.

Hotdog’s music also proved to be a potent unifying force, according to NPDC Deputy Executive Director Jezreel Apelar, as it inspired a number of government agencies in the tourism field as well as artists from various creative fields to seamlessly work together on a single major project to celebrate the best of Manila and Filipino music amid these challenging times.

It was as if a divine force were guiding the project that the groups had to pull off within a tight schedule, Apelar said.

Perhaps it was, coming from the direction of the Rene and Dennis Garcia who have made themselves immortal due to the music they left behind that Filipinos the world over just can’t get enough of.