Korean pop culture has long been part of many Filipinos’ listening and viewing habits. And if anything, the COVID-19 pandemic seemed to have compelled existing fans to consume even more content and the uninitiated to at least give it a try.

This has been the case in local show biz, too. More and more celebrities are talking about their Korean media addiction, or rite of passage. And many of them revel in knowing that their own fans are binge-watching the same Park Seo-joon series or dancing to the same BTS hit.

Here are 35 moments and crazes in Korean entertainment that Filipino stars and fans have been cheering for the past year:

1.) Korean stars reach out to Filipino fans amid Taal Volcano eruption. When news broke that the eruption of Taal Volcano displaced thousands of families last January, Korean stars were among the first overseas personalities to express concern for Filipinos.

Park Seo-joon posted an Instagram photo that read “Pray for Taal.” Choi Si-won of the boy band Super Junior wrote on Twitter: “My prayer goes out to the children and the elderly and infirm of the Philippines. I hope no one’s seriously hurt from the volcanic eruptions and the earthquakes.” “My heart aches. I hope nobody’s hurt, and nature won’t hurt people anymore, really,” BTS member V wrote in a fan community on WeVerse.

2.) WINNER dances to “Tala.” It’s not unusual to see local performers doing dance covers of K-pop hits on television or social media. This time, it was the other way around. 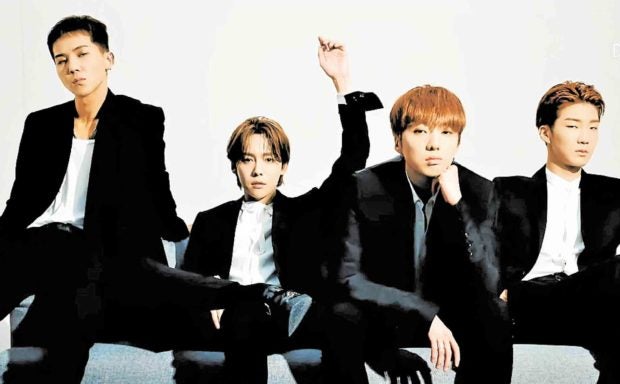 3.) Ella Cruz impresses Blackpink. Ella was lost for words upon learning that her favorite girl group, Blackpink, enjoyed her dance numbers during a phone launch in Indonesia last January.

In a YouTube video that has been viewed over 3 million times now, Blackpink members Jisoo, Jennie, Rosé, Lisa—who sat on a panel in front of the crowd—are shown smiling, clapping and nodding approvingly at each other as they watch Ella take the stage with fellow dancers Daphny Red and Eunice Creus. At one point, Lisa even grabbed her head and put her hands over mouth in awe.

4.) “Parasite” wins best picture at the 92nd Academy Awards. In February, this genre-bending satire about social class by director Bong Joon-ho made history by becoming the first non-English language film to win the top prize at the Oscars. 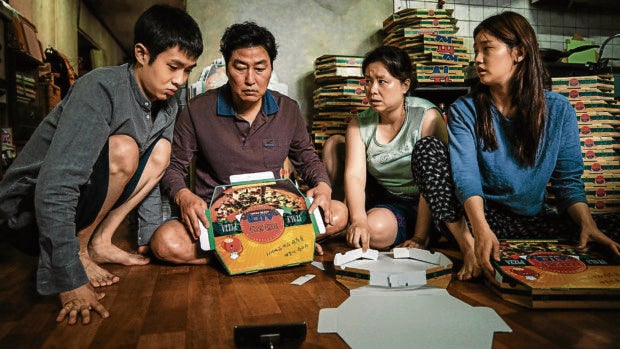 “Parasite’s” success is also a triumph for Asian cinema and Asian representation. “I feel like it’s me who won,” director Dan Villegas tweeted.

5.) Seventeen holds Manila concert. In hindsight, the Carats—fans of the boy band Seventeen—were one of the more luckier bases this year, because they managed to see their idols perform live last February, before the COVID-19 pandemic forced the music industry into a grinding halt.
The 13-man, self-producing idol group—composed of S. Coups, Jeonghan, Joshua, Jun, Hoshi, Wonwoo, Woozi, DK, Mingyu, The8, Seungkwan, Vernon and Dino—brought the house down at the Mall of Asia Arena for the Manila stop of its “Ode to You” world tour.

6.) “Crash Landing On You” drama fever. This popular romantic drama series had fans buzzing and camping in front of their screens for much of February and March. Even local celebrities couldn’t help but swoon over the lead stars and their characters: Son Ye-jin as Yoon Se-ri, a chaebol heiress; and Hyun Bin as North Korean Army Capt. Ri Jeong-hyeok.

Charo Santos-Concio could have very well been speaking for her fellow celebrities and fans when she wrote this caption on Instagram: “How do I move on from Captain Ri?”

“I was so impressed by how Koreans craft stories. Even the directing style is different,” Jolina Magdangal wrote.

7.) NCT Dream stages Manila show. Like Seventeen, NCT Dream—the youngest subgroup of the main boy band NCT—managed to touch base with their Filipino NCTzens before lockdowns were put in place around the world. During the Manila stop of their “The Dream Show” tour last February, members Mark, Renjun, Jeno, Haechan, Jaemin, Chenle, Jisung regaled the crowd with energetic performances and songs, like “Go,” which showcased their evolution from teenybopper to more mature artists.
NCT Dream counts Sharon Cuneta as one of its fans. The Megastar, who has expressed her love for the group on television, even threw an NCT Dream-themed party for her daughter, Miel, who’s also a big fan.

Filipino fans online got a kick out of seeing Ahin, Jane, JooE, Hyebin, Nancy and Nayun exclaiming, “Ang sarap!” as they gobbled down dried mangoes, and declared cornicks their favorites. They chorused “Masarap!” upon tasting chicharon, which they found a pleasant surprise. Well, except for Nancy, whose confusion amused netizens.

9.) K-dramas among most watched shows on Netflix. Starring Park Seo-joon, arguably the most sought-after Korean actor in the Philippines at the moment, “Itaewon Class,” became one of the most watched series earlier this year, along with “Hi Bye, Mama!” (stars one of South Korea’s most beautiful women Kim Tae-hee).

Anne Curtis, one of the first known K-drama addicts in local show biz, praised “Itaewon Class” for its story and acting ensemble. “Such a good story about revenge. It kind of gave me ‘The Count of Monte Cristo’ vibes, but of course, with a different attack,” she tweeted. “Park Seo-joon was good.” 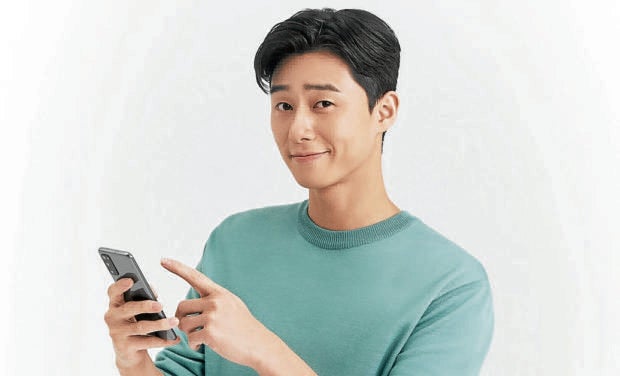 It’s not just the plot that won people over, though. Seo-joon also had the ladies fawning over him: There’s Denise Laurel who has been posting funny photo edits of her holding hands and kissing the actor. Maja Salvador, on one of Seo-joon’s Instagram posts, jestingly commented: “Sorry, kung pinaghihintay na naman kita.”

10.) Ogie Alcasid meets Day6’s Jae. It all began with a Twitter user posting side-by-side photos of Ogie Alcasid and Jae of the rock band Day6 wearing the same Gucci jacket. Before long, the two artists were following each other on Twitter, exchanging direct messages, listening to each other’s music and appearing together on Instagram Live.

Ogie, who became a trending topic as a result of that unlikely interaction last March, said Day’6s songs are “really good” and that he enjoyed listening to them. He also related that Jae was interested in meeting him should he visit the Philippines one day. And when he asked Jae if he would be interested in writing a Christian song together, the Korean artist said he was up for it.

11.) Beyond Live. Beyond Live, an online live concert streaming service and series spearheaded by SM Entertainment and JYP Entertainment, goes beyond the usual Facebook or Zoom concerts we see today. 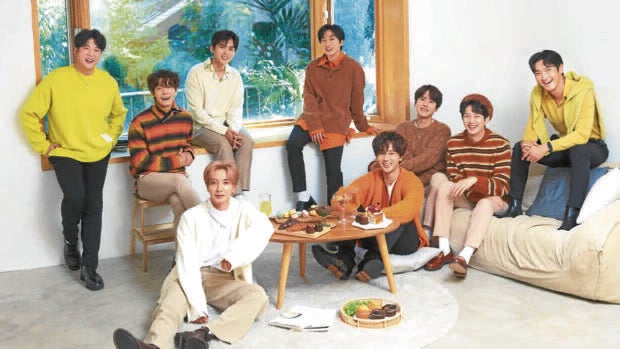 This gives K-Pop fans an immersive experience—perhaps the closest thing one could get to watching a live show at the moment. Some of the artists who have taken part in the concert series include Super Junior, Twice, Stray Kids, NCT 127 and TVXQ.

The soap, which stars Kim Hee-ae as the wronged doctor Ji Sun-woo, was the talk of K-drama fans around April and May.

It wasn’t long before Filipino fans started coming up with their fantasy casts for a Filipino version. Some fans of Piolo Pascual and Judy Ann Santos clamored for a remake starring the former love team—complete with a fan-made trailer. Julia Barretto expressed interest in playing the mistress.

And when show biz news about some controversial personalities—whose story seems to mimic the show’s plot—recently broke, “The World of the Married” curiously became a trending topic.

13.) Dara surprises talk show guest with her Tagalog. While she has long left Philippine show biz and has already made a name for herself in Korea, Dara never misses a chance to give love to Filipinos.

Dara, who achieved international success as a member of the former girl group 2NE1, became a trending topic in the Philippines for two days last July, after breaking into Tagalog during a skit on “VideoStar,” an entertainment talk show she cohosts. 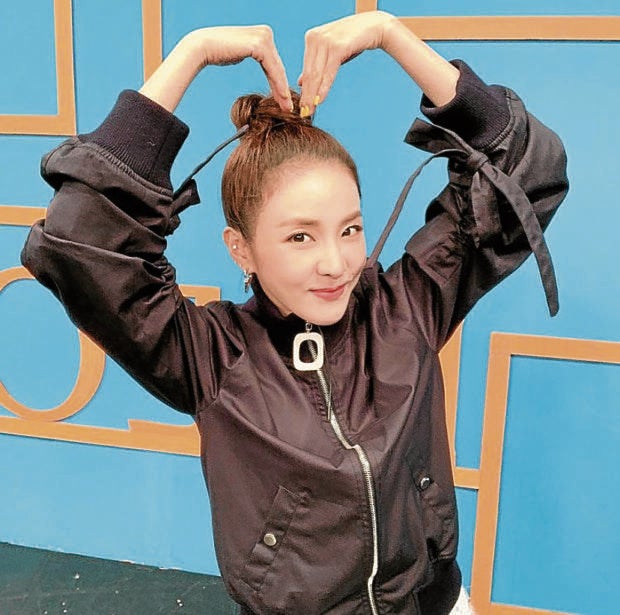 In an episode featuring actresses who often get cast as mothers-in-law in dramas, Dara took part in an acting challenge with Choi Soo-rin, who was left confused after the singer started throwing lines in Tagalog.

The fact that Dara uses “po” endeared her even more to her Filipino fans, who giddily tweeted about that moment.

14.) Ben&Ben gets shoutouts from Korean idols. Ben&Ben, one of today’s biggest Filipino acts, had gotten a lot of love from Koreans this year, after Mark Lee of the pop band NCT 127 introduced the song “Leaves” to his fans during a livestream. Young K of the rock band Day6 is also a fan of the song which he described as “amazing.”

The shoutouts piqued the curiosity of fans, who promptly searched the song on Melon, Korea’s biggest streaming platform. As a result, “Ben&Ben” and “Leaves” topped the site’s real-time chart last July.

“Can’t believe it. We’re trending No. 1 in South Korea,” the folk-pop band wrote on Twitter.

15.) BTS’ “Dynamite” debuts at No. 1 on the Billboard Hot 100 chart. Logging 7.778 million streams on its first day on Spotify and selling 265,000 downloads in its first week, this funky disco-pop bop shot straight to the top spot of the Billboard Hot 100 chart last August. And with this feat, BTS — Jin, Suga, J-Hope, RM, Jimin, V, Jungkook—became the first South Korean act to have a No.1 song in the United States, further asserting its pop dominance.

Winwyn Marquez, a proud and longtime member of the Army, said of the single: “You know what exploded? Good vibes and positivity.”
“It’s so beautiful and upbeat it makes me feel so happy,” Liza Soberano said.

The song had Lea Salonga “falling into a rabbit hole.” “All over, there’s hate, ignorance, sadness, heartbreak, raging anger, anxiety and fear. And what does BTS do? Release a single whose seemingly sole intent is to make people happy,” she wrote in her Inquirer Entertainment column, Backstory.

16.) TikTok challenge craze. Over the past few years, TikTok has emerged as the social media platform of choice for many young music fans. It didn’t take long before K-pop idols started coming up with catchy dance moves for TikTok challenges, which they use to promote new songs. There’s the rapper Zico of group Block B, for instance, who promoted his single “Any Song” by starting a dance challenge, which, much to his surprise, caught fire. It even attracted stars like Lee Hyori. 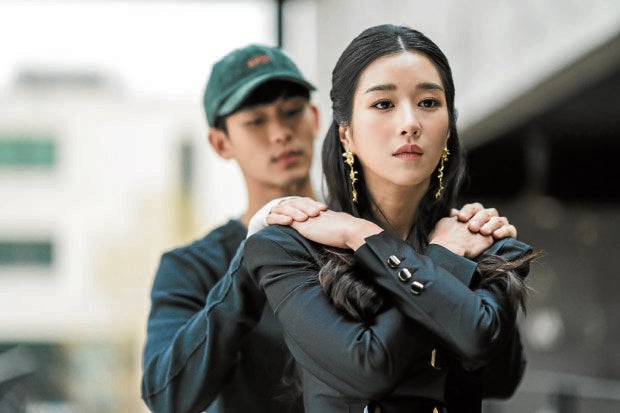 17.) “It’s Okay to Not Be Okay” an instant classic. This drama series, which captured the hearts of Filipino fans and celebrities alike from June to August, is considered an instant classic for its skillful and sensitive portrayal of emotional trauma and mental health issues. The story revolves around Moon Kang-tae (Kim Soo-hyun), a psychiatric ward caretaker who has an autistic brother, Moon Sang- tae (Oh Jung-se); and Ko Moon-young (Seo Ye-ji is), a book author with antisocial personality disorder.

One local celebrity who fell in love with the series is Alden Richards, who was admittedly not into K-dramas prior to “It’s Okay.” And should there be a Filipino remake, he said he would definitely hope to be part of it.

“Before I was very oblivious of K-dramas … But here I saw how Korean writers catch and hold the audiences’ attention. They have a different way of telling everyday life stories … The acting is superb, the characters are superb—wala akong masabi,” Alden said in a virtual press conference. INQ