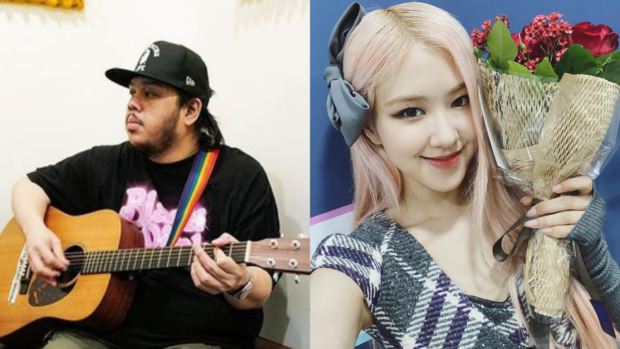 The song is titled “Park Chae-Young” in Hangul, which is the K-pop star’s Korean name. Mayonnaise shared the track and its accompanying lyric video on its YouTube page last Tuesday, Dec. 1.

The tune starts off with a short audio recording of Rosé’s voice before the band’s frontman Monty Macalino and two guest artists, Chino David and Julia Daniel, begin singing. The video also features the lyrics in Filipino, English and Hangul.

“Park Chae-Young” is part of Mayonnaise’s latest album called “Family and Friends.” Prior to releasing the new track, Macalino showed his admiration for the South Korean girl group last June by creating an acoustic cover of their 2018 song “Really.”

“Formally announcing my allegiance to the Blink Community through an acoustic cover of my favorite Blackpink song,” Macalino said at the time.

Along with “Park Chae-Young,” the band’s eighth album also includes tracks performed with various artists such as Raymund Marasigan, Gloc-9 and Barbie Almalbis, among others.  /ra