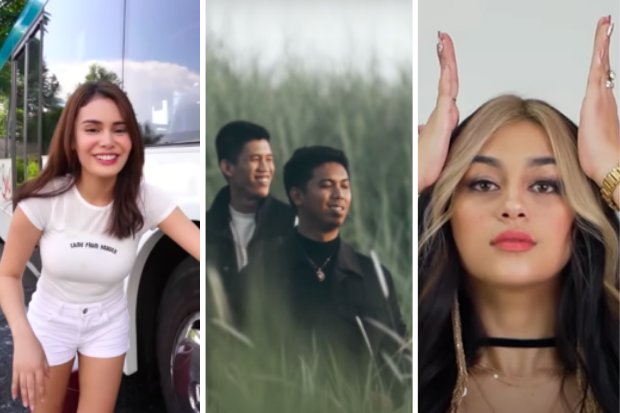 Zeinab Harake and Lincoln Velasquez, most famously known as Cong TV, meanwhile, claimed the second and third spots on the top 10 creators list.

The platform also revealed that this year also saw the rise of creators from the gaming community, such as ChoOx TV, who was hailed as the sixth-top local creator on YouTube.

Team Payaman, a group of vloggers led by Cong TV, dominated the breakout creators list for this year as six of them made it to the top 10.

The couple Cong TV and Viy Cortez claimed the Nos. 1 and 2 spots, respectively, while the former’s brother Junnie Boy ranked No. 4.

The late Emman Nimedez, who passed away due to acute myeloid leukemia last August, was still able to claim the No. 9 spot.

Marcelito Pomoy’s powerful performance of “The Prayer” in “America’s Got Talent: The Champions” earlier this year topped local YouTube’s trending videos list for 2020.

The list was filled with prank videos and challenges from top local creators including Alawi, Junnie Boy, Gonzaga and Harake, among others.

When it comes to music, Filipinos appeared to have enjoyed Pinoy hip-hop and K-pop the most this year.

With Flow G’s “Araw araw Love” ranking No. 1, Pinoy hip-hop videos were able to claim six of the top 10 spots in the local music videos list.

South Korean group Blackpink, which released its first studio album this year, meanwhile, claimed three spots on the said list with “How You Like That,” “Ice Cream” and “How You Like That” dance performance video.

“Filipinos use YouTube to tell and listen to stories, providing some form of comfort in this extremely challenging year. It is inspiring to see how the creators continued to show wayfinding to support one another as a community and to keep their viewers engaged despite the odds,” Google Philippines Communications and Public Affairs head Mervin Wenke said in the release.

“The heart of YouTube is its creators and we recognize their important role in providing not just relevant content but even hope to Filipinos in the time of what turned out to be a difficult 2020,” he added.  /ra