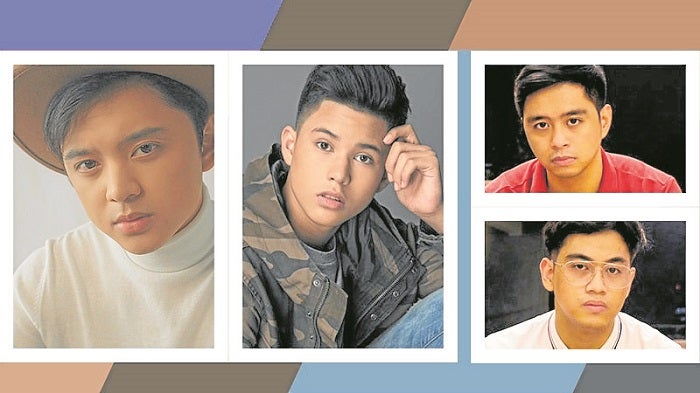 Its 11th edition, however, did away with its signature theme. This to better make room and showcase the diversity of work of aspiring Filipino composers—some of whom drew inspiration from this trying year for their entries.

“We dropped the theme. It’s not strictly about love songs this time. That’s why, this year, we have songs about how tough it is to be poor [in this time of pandemic]. There’s more variety,” said ABS-CBN Music creative director Jonathan Manalo, who produced the compilation album of Himig Handog 2020 finalists.

But the most important thing remains. “We’re here to look for great, well-written songs,” he said in a recent virtual conference.

The 12 songs that will battle it out in next year’s grand finals are:

Kenneth Reodica’s “Ang Hirap Maging Mahirap” (interpreted by Davey Langit and Kritiko) was written around April and May—the height of the lockdown, when many people started losing their jobs. “I was inspired to write a song that would give them voice and talk about their plight,” Kenneth said. 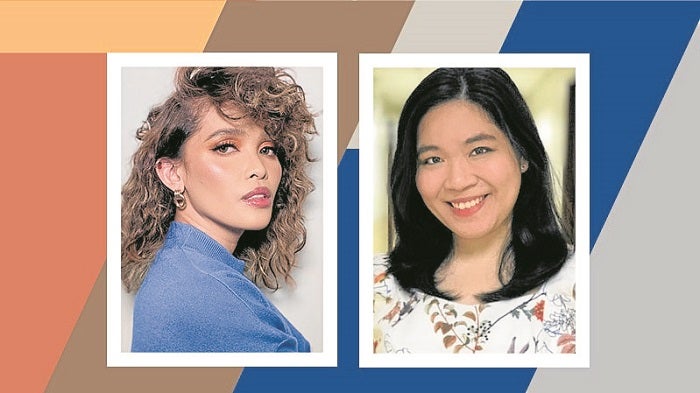 Joanna Ang’s “Bulalakaw” (Janine Berdin) is a song about hope and healing. And while it wasn’t written during the pandemic, the message, Joanna said, is still relevant now. “This song is about striving to find the light in times of darkness and appreciating the beautiful things in life; being grateful and holding on to hope.”

Dan Tañedo’s “Ibang Planeta” (Zild) was envisioned as a theme song for “Darna” and inspired by actress Jane de Leon, who was supposed to play the Pinoy heroine. “It’s also about having feelings for a woman so intense it’s as if you’re on a different planet … you can no longer discern if what’s happening is the reality or not,” Dan said.

Jabez Orara’s “Ika’y Babalik Pa Ba?” (Juris) is an honest-to-goodness love ballad. “It’s about a girl I loved, but we broke up because of a mistake I made. And while she had already moved on, I still couldn’t—wishing she would come back to me,” Jabez said.

Kirt David Mercado’s “Kahit Kunwari Man Lang” (Moira dela Torre and Agsunta) is about two best friends, one of whom has hidden feelings for the other. “He confessed. But the response he got wasn’t what he was expecting,” Kirt said.

“In a relationship, you have to communicate properly with your partner,” they said. 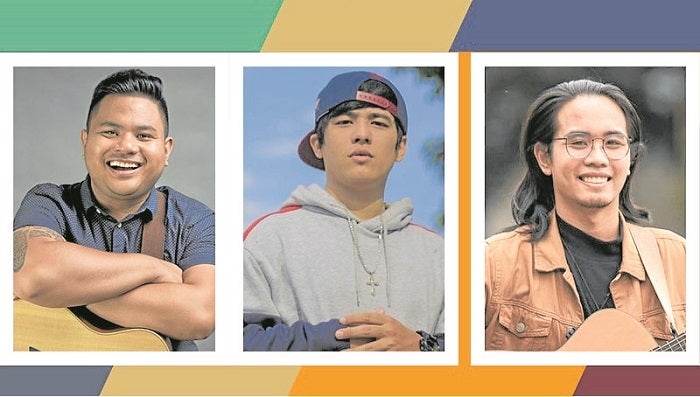 Daryl Cielo’s “Kulang ang Mundo” (Sam Mangubat) waxes poetic about an immeasurable kind of love. “Listening to it makes you feel like you’re soaring to another world, somewhere magical and dream-like,” Daryl said.

Daniela Ann Balagtas’s “Marupok” (KZ Tandingan) was also written during quarantine, and talks about falling in love—hard—for someone who doesn’t value your worth. “It’s about feeling that it’s unfair he’s treating me this way. I’m asking why I’m so in love with this person when I deserve someone better,” she said. “It’s an empowering song.”

Erica Sabalboro’s “Out” (Fana) tackles the songwriter’s depression. “It was hard to open up, because I didn’t want to add burden to my family. Seeking help is hard because of the stigma: Some people will say you’re crazy, while others will say you’re being overdramatic,” he said.

SJ Gandia’s “Tinadhana” (Zephanie) is about being destined to fall in love with someone not meant for you.”

Joshua Ortiz and Aniceto Cabahug III’s “Pahina” (Kiss N’ Tell) is about the bittersweet end of a story. “You’re thankful for the memories, regardless. Because with every goodbye, memories—good or bad—stay with you,” they said.

Mariah Alyssa Moriones’s “Tabi-Tabi Po” (JMKO) was inspired by the mythical nuno sa punso and the habit of uttering the said chant to avoid trouble in uncharted territories. “I related it with love. It’s better to have that heads-up, so that no one gets hurt,” she related. “It’s a ‘harana’ for someone you’re not sure has feelings for you.”

The songs are now available for streaming on all major streaming platforms. The lyric videos, meanwhile, can be seen on Star Music’s YouTube channel.

Read Next
How ‘Through a Writer’s Lens’ insightfully captures many moods of Hollywood’s A-listers
EDITORS' PICK
Shop smarter with vivo’s big 12.12 holiday deals
House energy committee chair Arroyo bats for cheap electricity
How not to retire as an ex-president
Lawmakers eyeing more changes in Maharlika plan
Hidilyn Diaz wins only gold missing from her collection
The vivo Y02 is now available in the Philippines for only PHP 5,299
MOST READ
Jovit Baldivino, ‘Pilipinas Got Talent’ winner, dies at 29
Singers, fellow colleagues pay tribute to Jovit Baldivino: ‘Isang kapatid sa pag-awit’
LPA enters PAR, to likely strengthen into tropical depression in coming days – Pagasa
Andi Eigenmann, family in Manila for a quick visit; Ellie dines with grandma Jaclyn Jose
Don't miss out on the latest news and information.