A spot of ballet before your auction? New York City Ballet, Sotheby’s join forces this holiday 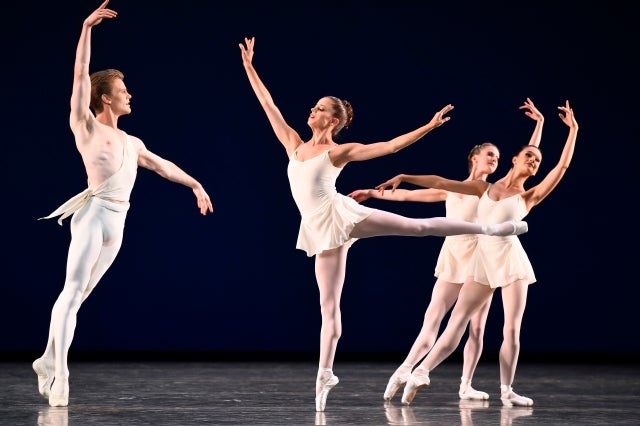 It is a tradition that is adapting to pandemic times. While the New York City Ballet has canceled this year’s holiday performances of “The Nutcracker,” it has found an original way of bringing the spirit of the beloved Christmas ballet to fans of the genre.

The company has joined forces with Sotheby’s to screen a short film inspired by the famous ballet, Dec. 4. It’s an unprecedented initiative to keep the magic of “The Nutcracker” alive this festive season, while also promoting Sotheby’s end-of-year auction series.

This new short film inspired by “The Nutcracker” is choreographed by New York City Ballet soloist Peter Walker and features dancers Sebastian Villarini-Velez and India Bradley. According to the specialist magazine Penta, it was filmed in Sotheby’s galleries on York Avenue, Manhattan, and will be screened on the auction house’s website as well as on social media.

Sebastian Villarini-Velez and India Bradley will both wear jewelry and watches set to go under the hammer in the auction house’s “The Festival of Wonder” sale series, which runs until Dec. 14 online and in New York.

The event offers collectors the chance to get their hands on sneakers and designer bags, as well as jewels formerly owned by philanthropists Cecile Zilkha and Marylou Whitney.

“New York City Ballet is pleased to collaborate with Sotheby’s in bringing a bit of holiday spirit and ‘Nutcracker magic’ to its beautiful galleries this year,” Katherine Brown, New York City Ballet executive director, said in a statement. “Sotheby’s support of New York City’s cultural life is so appreciated, especially at this extraordinary time.”

An American institution in crisis

As well as teaming up with Sotheby’s to present this new interpretation of George Balanchine’s classic to art enthusiasts, New York City Ballet has turned to video streaming as a way of continuing a tradition that’s been going for more than 65 years.

The American ballet company is offering viewers around the world the opportunity to enjoy its acclaimed production of the beloved masterpiece via a special “The Nutcracker” streaming event on Marquee TV, running Dec. 11 to Jan. 3. The production was filmed last year at the David H. Koch Theater at Lincoln Center, featuring over 50 of the company’s dancers, 62 musicians and over 60 children from the School of American Ballet. Rental costs $25 in the United States.

“New York City Ballet and ‘George Balanchine’s The Nutcracker’ are essential parts of the holiday season in New York City and we are thrilled that through our new partnership with Marquee TV audiences everywhere will now have the opportunity to experience the beauty and magic of this treasured classic in the comfort and safety of their own homes during what continues to be a very challenging year,” said Jonathan Stafford, the artistic director of New York City Ballet and the School of American Ballet, in a statement.

This initiative could help the American company replenish its coffers after a chaotic year, which could lead to financial losses of more than $45 million. New York City Ballet does not expect to be back on stage at the David H. Koch Theater before Sept. 2021, due to the ongoing COVID-19 restrictions that have been affecting live shows since the onset of the pandemic. CC