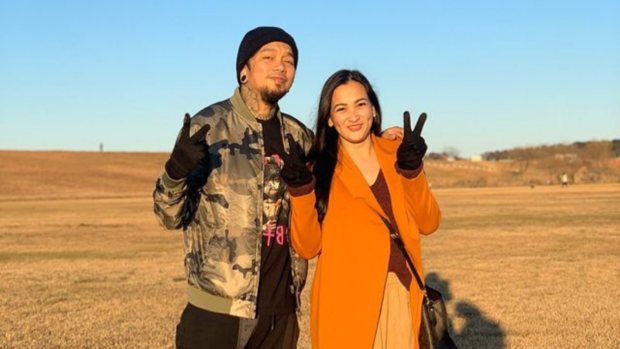 Jaya Garcia, the wife of Slapshock frontman Jamir, has spoken up about the untimely death of her husband last Thursday, Nov. 26.

Police reported that the 42-year-old musician took his own life in his home in Quezon City. After his aunt found his lifeless body, he was rushed to the Metro North Hospital, but was declared dead on arrival.

A day after, Jaya held a Facebook Live session on her page to open up on the musician’s sudden passing. Though she intended to explain details surrounding Jamir’s death in full, she admitted that she still could not bear to do it.

(I really wanted to defend Jamir and clarify everything. But I feel that he will be happier if we just remember the good things he did.)

Jaya did not clarify what issues she was referring to, but noted that it involved money. She also stressed that Jamir would have wanted her to keep silent because he believed that justice would prevail in the end. However, Jaya said she could not stop herself from defending her husband.

(He did not deserve what happened to him. He was bashed by envious people, but until his last breath he still protected you.)

Jaya also assured Jamir’s fans that she was fine but was determined to air her side on Jamir’s passing and the supposed issues surrounding it.

(THE TRUTH WILL COME OUT! Your evil deeds will not prevail.)

As she ended her video, Jaya took the time to thank Slapshock’s fans and Jamir’s relatives for their messages of support.

Slapshock started their career in 1997 and have since produced several hits such as “Cariño Brutal,” “Anino Mo” and “Agent Orange.” The group is also well-known for paving the way for the popularization of heavy metal in the country.   /ra