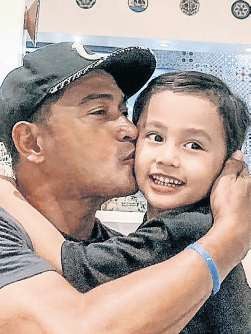 For most “exes,” XOXO no longer means hugs and kisses. It stands for an X mark and a zero.

Since Buboy (Cesar Montano) and I have been best friends for over a decade (and counting), I am privy to his life. But I don’t write stuff that BFF would rather keep off-the-record. So, when former Miss Philippines Earth Sandra Seifert posted a pic of Buboy with their 5-year-old old son Coco on her Instagram, I asked both of them if I could write the story behind the story.

Sandra’s reply goes, “Yes, maybe you could ask your BFF muna if he gives you answers. It could be a good opportunity for you to get his insights directly, which are more rare for the press.”

Here’s BFF Buboy’s reply: “Will ask permission from Sandra, BFF. Pero ikaw lang ang may right to write about that.”

It’s the first time that Sandra posted a pic of Coco and his dad, Buboy. Perhaps she feels that the time is right for the big reveal. Après tout, even love children deserve to be recognized. I already met Coco during my BFF’s birthday dinner a few years ago.

Just like his mom, Coco is a vegan. How Buboy dotes on him! He fulfills his fatherhood obligations on a monthly basis. Even if Sandra and BFF are no longer a couple, they will always be coparents to their cute li’l boy.

No third party in Derek-Andrea breakup

Some Instagram followers of Derek Ramsay are pinpointing Pops Fernandez as the cause of his split-up with Andrea Torres. Netizens will believe what they want to believe. As Derek’s reply on IG to a comment linking him to Pops goes, “Lahat na lang ginagawang issue.”

I find their accusation preposterous. Why drag Pops’ name into the breakup, just because she and Derek are often together for their PLDT/Department of Environment and Natural Resources project, “Gabay Kalikasan”? Being a close friend of Pipay (nickname of Pops) for over three decades, I can vouch that she isn’t the type of woman who would be a third party. She’s way too classy for that.

Besides, she knows what it’s like when your man is snatched away by another woman. The end of her marriage to Martin Nievera taught her a lot about pain. Knowing how kind Pipay is, she would never put a woman through what she had to endure when her marriage crumbled.

Speaking of Derek, I sent a Viber message to his fab ex-girlfriend (of six years before Andrea), Jo Ann Villablanca, and asked her, “What if Derek woos you again, would you take him back?” Her reply: ‘I would rather stay out of this na. I trust you understand.” 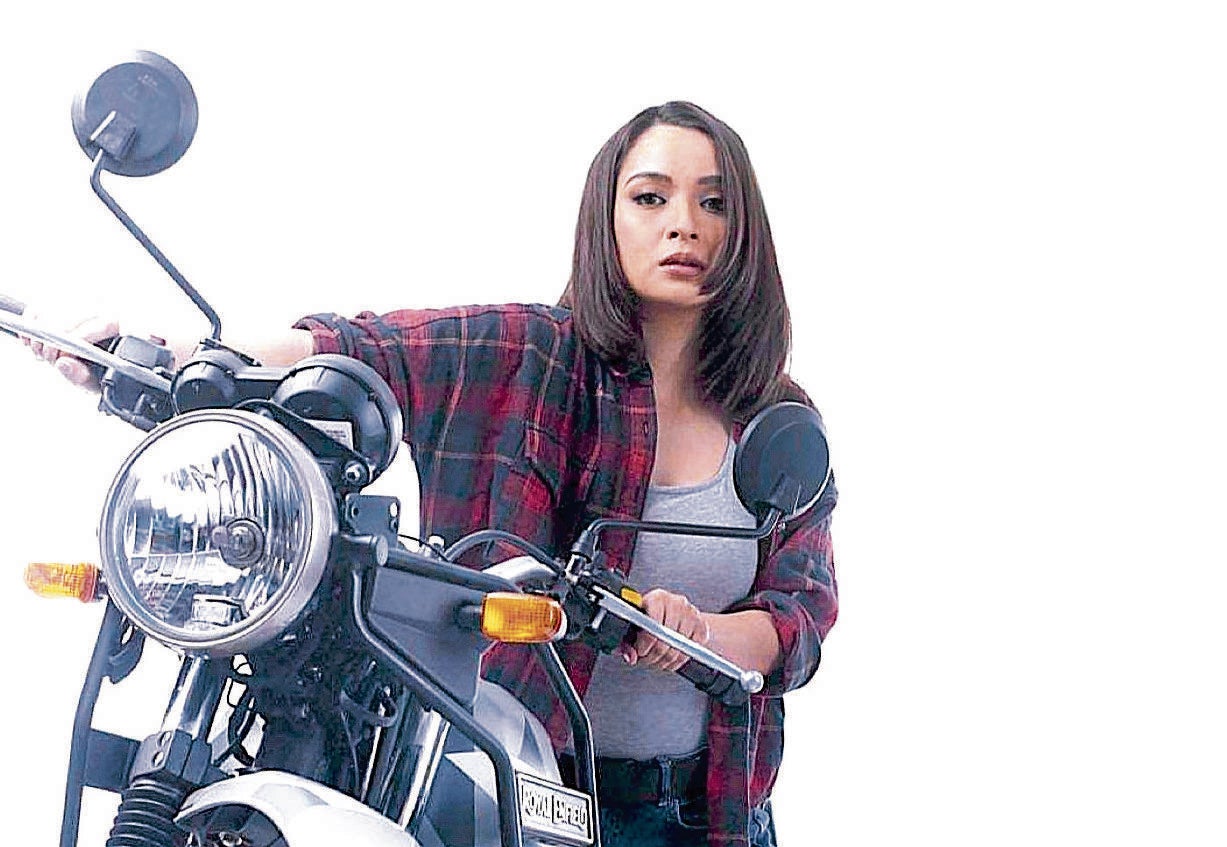 Ryza as a kickass heroine

Move over, Darna. Make way for Bella Bandida, a new icon for women empowerment on TV. Ryza Cenon portrays the kickass heroine, Bella. The action-drama series airs at 9:30 p.m. every Wednesday on TV 5. From the producer of astounding action movies “BuyBust” and “Maria,” “Bella Bandida” is loosely based on the comic book by National Artist Francisco V. Coching.

While training for her intense fight scenes, Ryza didn’t know yet that she was pregnant. “There was a double on standby,” Ryza says. “But I wanted to do all my stunts. Looking back, I guess the fetus growing inside me then gave me the strength I never thought I had.”

Is marriage next on her agenda? “It’s not my partner’s and my priority for now,” she quips. “We are focusing on our baby first. But even if we aren’t married yet, I feel secured enough.” 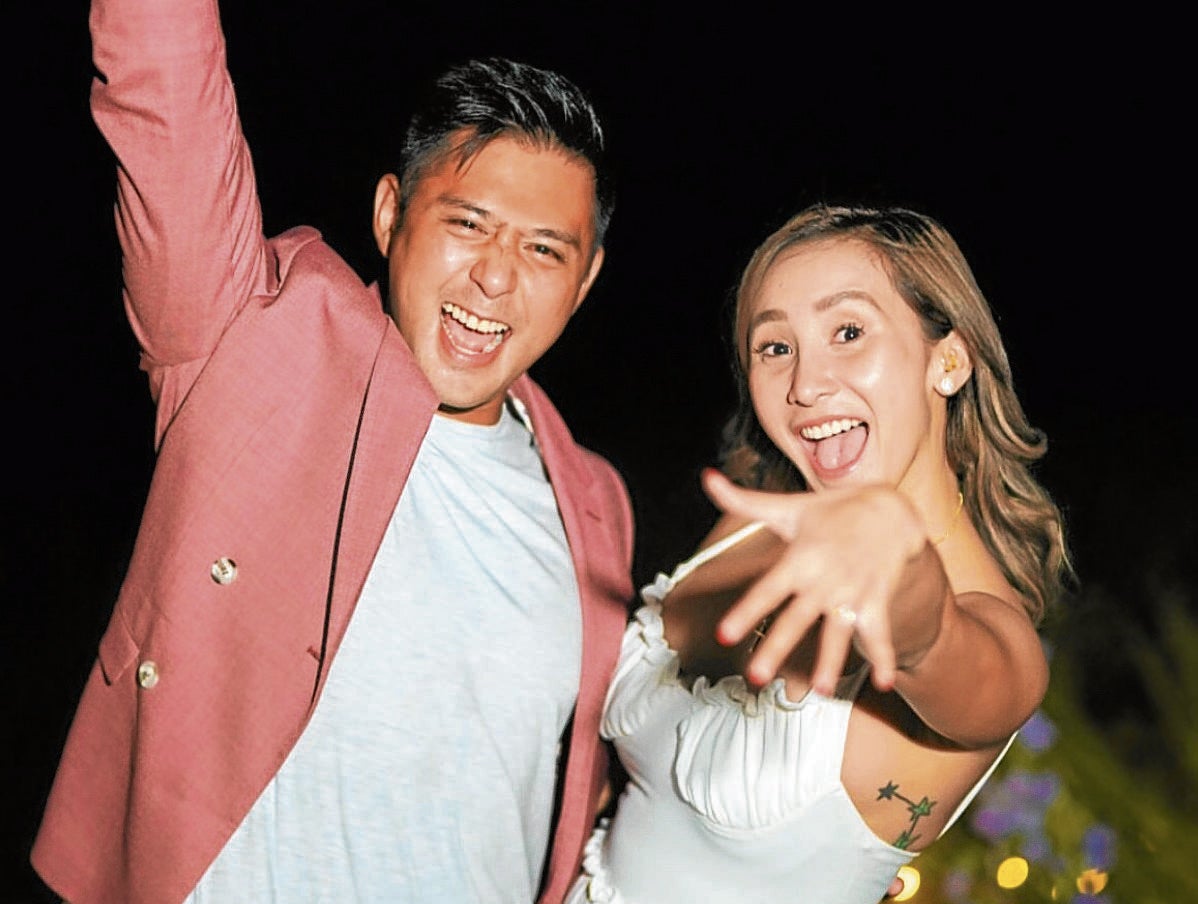 Rocco Nacino and volleyball star Melissa Gohing have the urge to merge. The Kapuso heartthrob kissed his bachelor days goodbye as he kissed his fiancée during their postcard-pretty proposal moments.

Here’s my chat with Rocco:

Tell us about your marriage proposal.

Melissa has always been in love with this picnic place where we went to hang out. I love watching her eyes glow while enjoying the view and the feeling of seeing fireflies. We’ve only been there once, but I wanted to make sure that the next time we go there, it would be memorable for her. That’s when I knew I found the spot.

I tricked Mel into thinking that we were having a picnic date with my brother and his girlfriend. Then, I acted surprised that there were people there “shooting” a music video. I pretended to be mad. That’s when I gave the saxophonist a cue to play her favorite pregame song, “Oceans” by Hillsong. I led her along the beautiful pathway that Gideon Hermosa made and finally popped the question.

To get married first before living together in a house. Pagbigyan ang mga magulang bago magkaroon ng sariling buhay.