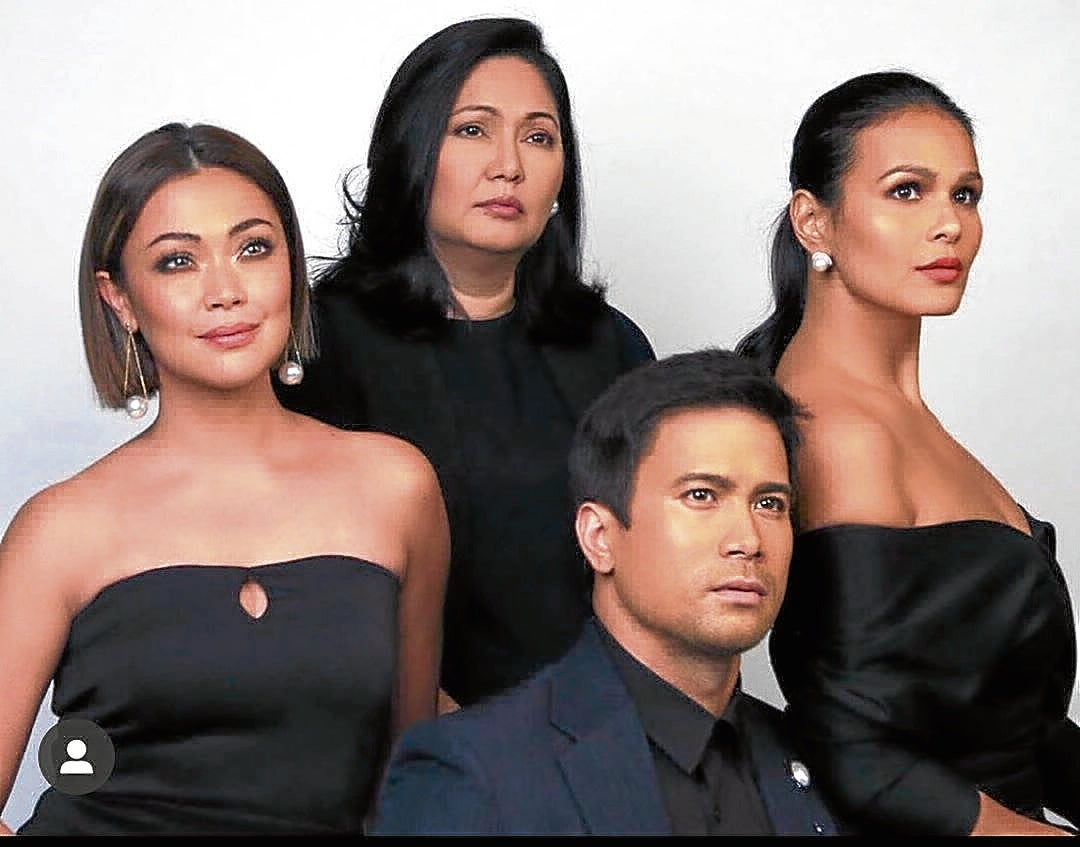 Prior to taping an all-important scene, Iza Calzado would nervously prance around her room while shaking her arms and clearing her throat.

These were some of the observations of FM Reyes, who is at the helm of the much-talked-about drama series “Ang Sa Iyo Ay Akin,” which features Jodi and Iza in the lead. FM further observed: “They are too modest to tell you the magnitude of the emotions they rendered for every difficult scene we’ve shown in the program. They will never boast about what they do for this project, so I will because, as their director, I’ve witnessed all these things.”

“Jodi was so into her character that it had a physical effect on her,” FM continued. “In one of the scenes for Book 2, I got so rattled because I didn’t know who between her and Maricel I should run to first. Jodi was left alone in the banquet, wearing her red gown, still shaking and crying; but also in one area, medics were attending to Maricel because she was shaking as well. You can just imagine the emotional investment that they give to their characters.”

In “Ang Sa Iyo Ay Akin,” Ellice (played by Iza) is blessed with a luxurious life at Villa Ceñidoza while Marissa (Jodi) lives simply with her mother Lucing (Maricel), who works at the villa. Despite the vast difference in their social status, the two women become inseparable best friends. However, one fateful night changes the course of their lives forever.

Ellice accidentally kills a man who was trying to rape her, but Marissa agrees to go to jail instead. This was after Ellice’s father promises to pay the latter P10 million. While in prison, Marissa suffered enormously. Thinking that the Ceñidozas had neglected her, Marissa returns to exact revenge from Ellice for robbing her of the good life she felt she deserved. This includes Ellice’s husband, Gabriel (Sam).

FM recalled the time the two lead actresses shot the controversial scene where Jodi ripped off a string of pearls from Iza’s neck and then the two slapped each other in the face. This was also the scene where Iza recited the show’s title, “Ang sa iyo ay akin.”

“Before the take, we saw Iza frantically shaking her hands while walking back and forth. This was the most important scene for them. We’ve been using this for the show’s OBB (opening bill board),” explained FM. As a trivia, FM recalled the scene where Ellice humiliates Marissa in front of their employees by throwing a wet rug on the latter’s face. He said it was an incident that was inspired by a true event. “Just wait until we show clips of real people with similar stories in Book 2,” the director declared.

“There’s nothing I want to say about my two leading ladies except that they’re so humble. I’m sharing this with you now so you know that what you see on TV when they perform comes from the center of their hearts. I’m thankful to these ladies. Their performances are so effective that the audience is actually torn as to who to support between them,” said FM. “There’s much to expect of Book 2.”

Asked how they remain consistent with the portrayal of their respective characters, Iza said: “It’s all in the writing; and in the guidance of our directors. At this point, we’ve already established who our characters are. We understand them now, as we’ve all seen in the climax of the story on Season 1.”

Iza said it also helped that they live their characters almost every day, especially since they currently stay in a lock-in set. “Compared to before when we go home and then do something else. There were times when we get so confused. This time around, we’re focused on our characters. We constantly go back to their core,” she explained. “Also, I’m able to sustain it because I have an amazing partner—my archnemesis here. I draw strength and inspiration from Jodi in all of our scenes together.”

Jodi, meanwhile, agreed with Iza in terms of “going back to the character’s core. You try to recall what your objective is. You ask what you want to achieve and where you are heading.”

She added: “Of course, portraying a character effectively does not depend solely on the actor. One factor is that this story is well-written. We also have our directors to guide us when we experience off days. It also helps that we tape the scenes chronologically so the continuity of emotion is still there. In spite of the things I’ve said, our work is not easy. I’m just so thankful that I’m in the company of good actors, an amazing creative team, and two brilliant directors.”

“Ang Sa Iyo Ay Akin” is written by a team headed by Keiko Aquino. The series now airs on the Kapamilya Online Live channel and on A2Z Channel 11.

Read Next
Despite losing mom to COVID-19, Chanda chooses to see the silver lining
EDITORS' PICK
Acer starts the year off strong with the Aspire Vero National Geographic Edition
Vietnam’s ‘crazy guy’ aims to save ocean from waste
WHO says no evidence healthy children, adolescents need COVID-19 boosters
Gear up and get ready to play with Yamaha Mio Gear
Over 3 Million worth of prizes to be won at Smart Padala’s SENDali Manalo Promo!
Marcos-era elections: Not what his son signed up for
MOST READ
‘Sampal sa gobyerno:’ Drilon wants unvaxxed PAO chief barred from working
Vice mayor slams Vico Sotto for turning Pasig into a ‘puro palabas’ city
Guevarra to Acosta: Obey rules on unvaccinated
Guanzon denies Comelec delaying resolution of cases vs Marcos Jr. to favor any party
Don't miss out on the latest news and information.