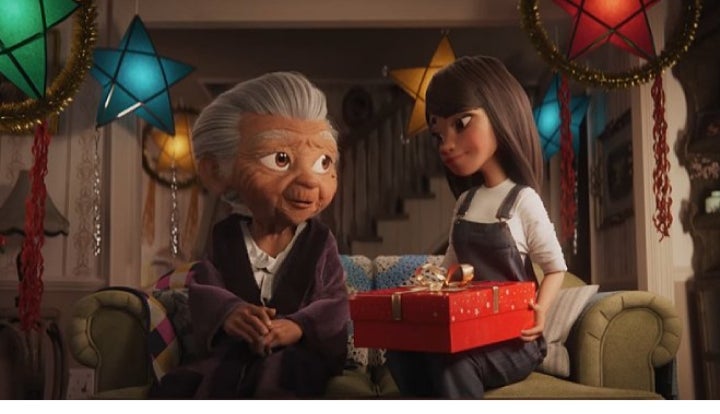 MANILA, Philippines — For this year’s holiday advertisement,  Disney United Kingdom showcased the known traditions of Christmas in the Philippines.

In the ad released Monday, the first scene is set in 1940 where a little girl is seen giving a gesture of “mano po”— or giving the greeting by pressing one’s forehead to an elderly’s hand— to her grandfather.

Her grandfather, likewise, showered his granddaughter with love as he gave her a Mickey Mouse stuffed toy.

Fast forward to 2005, that little girl has grown old and now has a granddaughter of her own. The grandmother even passed down her beloved Mickey Mouse stuffed toy to her “apo.”

But as the little girl grew, she became neglectful of Christmas tradition. This saddened the grandmother after at one point, the granddaughter chose to go to work instead of joining her “lola” to enjoy the holidays.

The next day, the granddaughter realized what she had done and looked back on the Christmas memories she had with her grandmother, so the latter decided to make up for it.

Moments later in the video, the grandmother  was surprised to see her living room full of colorful Christmas “parol” (lanterns). The granddaughter then gave her a gift, containing the Mickey Mouse stuffed toy.

In the end, it was a happy ending as both grandmother and granddaughter shared a warm hug.

The ad, which certainly captured the hearts of Filipinos, currently has 356,245 views on YouTube, as of this writing.