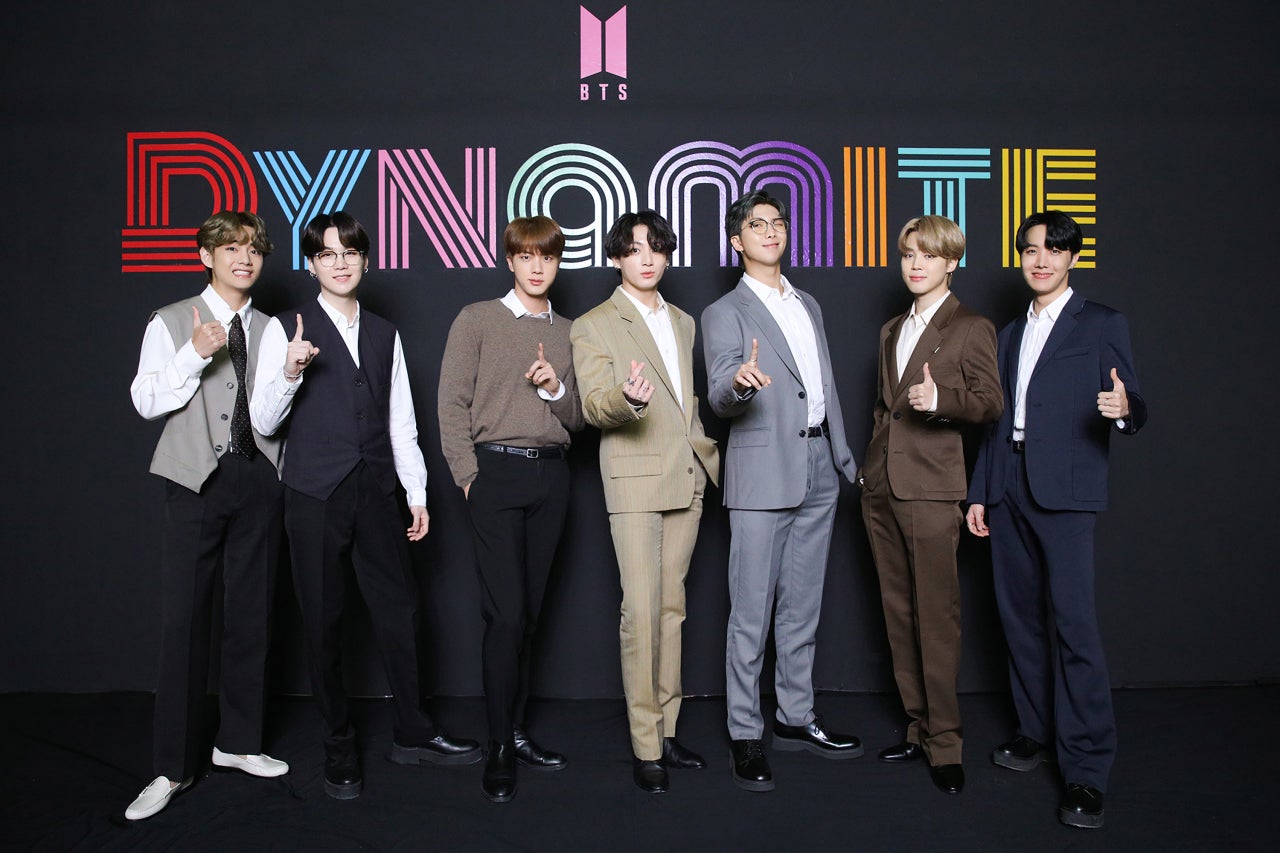 The seven-member act took home four prizes in total, winning the Best Song category with its latest hit “Dynamite” and Best Virtual Live for its concert that was held online amid the new coronavirus pandemic. The ceremony was streamed live earlier Monday.

Lady Gaga and Ariana Grande with “Rain on Me,” Roddy Ricch with “The Box” and The Weeknd with “Blinding Lights.”

“This means so much for us because we really wanted to enjoy this song with our fans in this difficult time,” BTS member Jungkook said in a video message following the Best Song win.

“We’ll keep working hard to be a group that can touch the hearts of people and give them hope through music,” RM said after the group won the Best Group prize.

BTS voiced gratitude to its dedicated fan base known as ARMY, stressing how it would like to meet them in person soon.

This year’s EMA featured performances filmed at various locations around the world amid the global pandemic, compared with the 2019 event that was hosted in Seville, Spain.

The big EMA win is the latest in what has turned out to be an unprecedented year for the band. BTS has topped global music charts and made history by becoming the first K-pop act to debut at No. 1 on the Billboard Hot 100 with its single “Dynamite.”

Earlier this year, it picked up Top Social Artist for a fourth straight year at the Billboard Music Awards and four awards at the MTV Video Music Awards, including the highly competitive category of Best Pop.