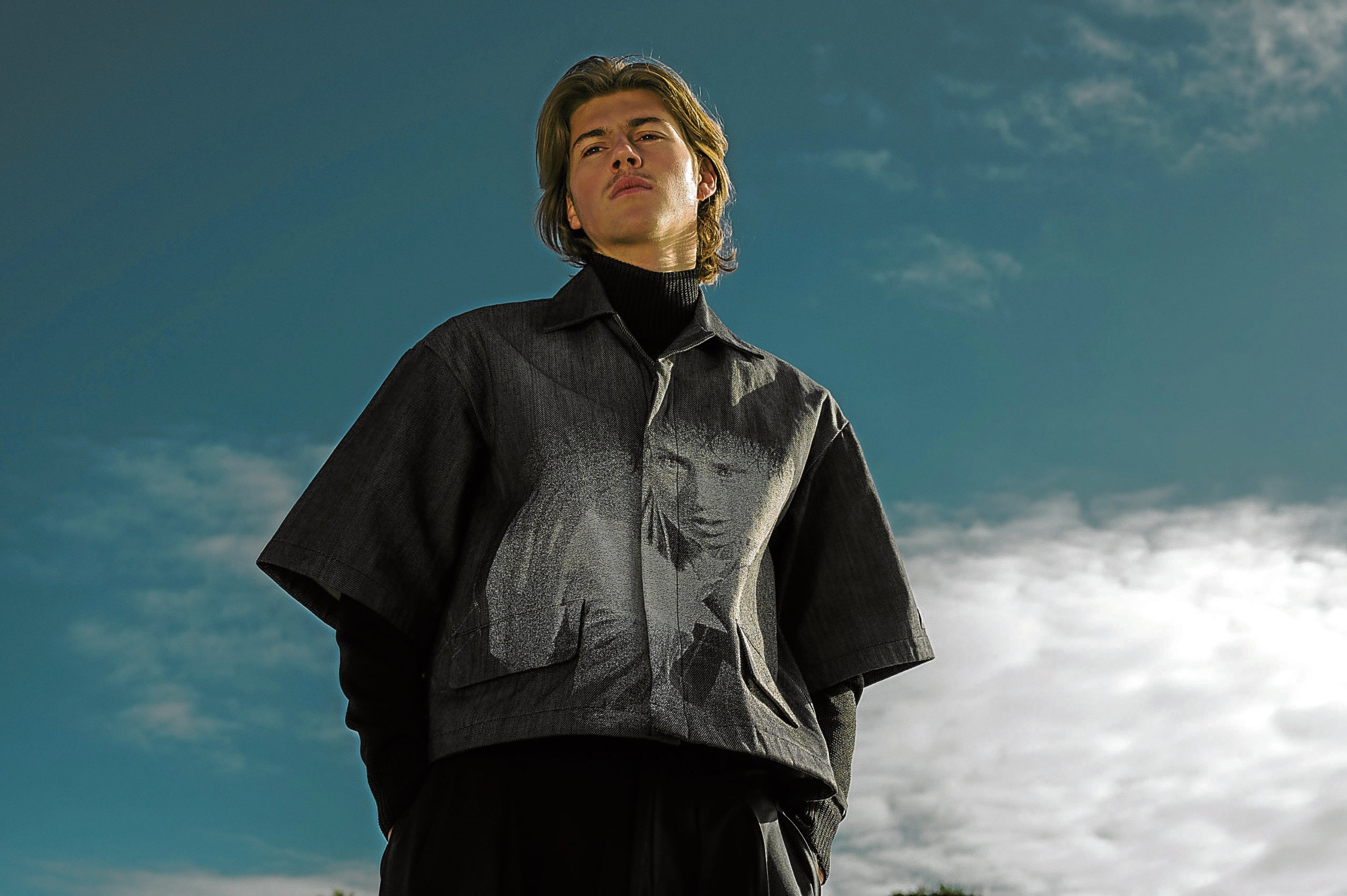 For teenage pop star Ruel, every song, every EP, every project is a step toward maturity as a musician.

“As I get older, things start to drastically change about my music. I’m at a stage in my life where my mindset and taste in music are changing, because I’m finding out about so much new stuff,” the 17-year-old singer-songwriter said at a recent virtual conference for third EP, “Bright Light, Red Eyes” (RCA Records).

His latest EP, which features such songs as “As Long as You Care,” “Courage” and “Say It Over,” was written entirely in Paris, and had Ruel “pushing boundaries” and “stepping out of his comfort zone” in terms of production and concept.

“It’s a huge step in terms of how much I was involved in everything about it; I was at the forefront,” related the British-Australian artist, who described his work as a “stream of consciousness,” a reflection of himself at a given point in his life.

“I feel like that’s the way all projects and songs are for me. They’re moments in time. This project isn’t who I am right now as I wrote the songs last year. But it’s the most mature you have ever heard me—and it was me in that moment in time,” he added. “The songs I’m writing now will be more mature again, and I love that my fans can come on this journey with me as I grow.”

Going hand in hand with the release of “Bright Eyes,” is the launch of Ruelvision—a 24-hour online television network for which Ruel shot over 70 pieces of content and programs that range from music and cooking, to news and lifestyle. Set in a retro-inspired alternate universe, the channel can be accessed on www.ruelvision.tv.

Known for his R&B- and soul-laden pop hits “Don’t Tell Me,” “Painkiller” and “ Younger,” Ruel has so far amassed about half a billion streams across different platforms, and has five platinum certifications in Australia. He has headlined three world tours and became the youngest artist to sell out the Sydney Opera House twice.

He also won the breakthrough artist award in the 2018 Aria Awards for his single “Dazed and Confused.” 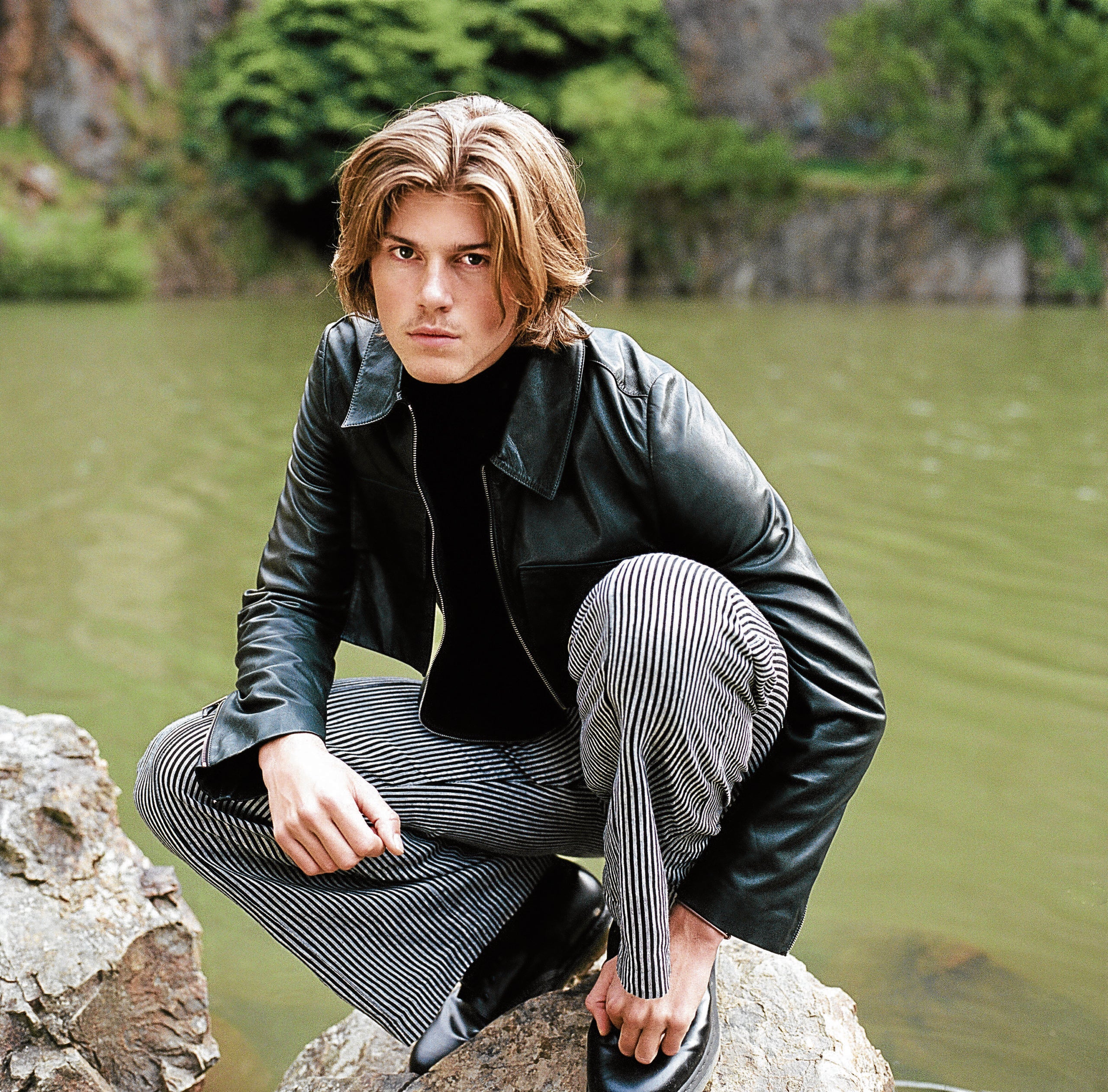 Our Q&A with Ruel:

Why did you go for a retro, 1970s theme for your new project?

We thought about doing it because the music on the EP has a lot of vintage vibes from ’60s and ’70s; from The Beatles which is one of my biggest musical influences, and a little bit of (David) Bowie. So it was only right for the imagery to be vintage. And such decades were iconic, visually—the clothes, the logos, the interior design.

Why did you call the EP “Bright Lights, Red Eyes”?

It’s a line from the song “As Long as You Care.” And it’s about traveling and kind of being amid everything happening around me—the bright lights from the shows, the red eyes from tiredness and the flights. But as long as I can, I will keep my head up.

I simply thought that it was a really nice tagline. We were actually going to call the song “Bright Lights, Red Eyes,” but decided to use it for the EP instead.

You’re working with your longtime collaborators M-Phazes and THIEF for your first full-length album.

It’s a lot more layered. I want each project to have more meaning and purpose. I want to reflect on something important in my life, and give across a message that if people are feeling the same way that I am, it’s OK.

Ruelvision seems a good idea given the pandemic. Do you think the concept can possibly set a trend? And how crucial is it to innovate in the digital space?

It would be pretty cool if other artists start doing it as well so I can be like, “Oh, my team and I came up with that!” But I do think that it’s something we could carry on doing, this whole website, live streaming aspect, especially while the pandemic is happening, because people are thirsty for content.

We want to put out as much content as we can, now more than ever, because of the lack of connection with the fans, because I’m not able to tour.

You also do a bit of acting for your new content. Is that something you would want to go into in the future?

I would love to delve into the world of acting. I do a bunch of auditions every now and then, for movies and stuff like that. Those have been fun. I’m probably never going to get the parts or have the time, but it’s great … I’m not attached to a specific kind of role or character. But I’m down to doing anything as it seems cool.

Will you be going on an Asian tour once the pandemic eases up?

I was supposed to come over and do a full tour. We were one of the first ones to postpone a tour, which was a big decision to pull. And then a few months after, all other artists had to cancel or reschedule theirs, too. But as soon as the pandemic is over, Asia is one of the first places to go, because I haven’t been there in years.

Read Next
What GMA 7 singer Hannah Prescillas learned from competing in Indonesia
EDITORS' PICK
Smart Prepaid encourages the youth to take their passions to the next level and ‘Live GIGA’
DOF to PITC: Return P1 billion in interest on ‘idle’ funds
Experience clearer calls nationwide with Smart VoLTE
Año to public, officials: Refrain from holding events
Arthaland’s property management arm utilizes Amazon Web Services to enhance delivery of service
Watershed degradation abetted flooding, says scientists’ group
MOST READ
April Boy Regino passes away at 59
‘What is mine is hers,’ says Matteo on sharing finances with his Popstar Royalty wife
’Blind obedience’: Robredo twits Briones for pleasing only Duterte, not teachers, students
Año: Gov’t to conduct fact-finding on mass gatherings attended by Roque, Pacquiao
Don't miss out on the latest news and information.