Audible launching free podcasts: What difference does it make for me? | Inquirer Entertainment

Audible launching free podcasts: What difference does it make for me? 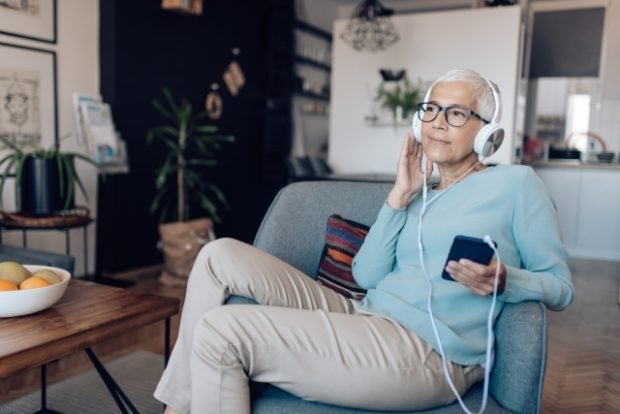 Audible recently announced that it was offering access to 100,000 audio programs for free on its platform. Image: MixMedia / IStock.com

American tech giants have recently invested twice as much in podcast productions. While some worry that podcast downloads may go down because people are working more from home, and spending less time commuting, Audible is trying to stand out by offering 100,000 audio programs (3 million episodes) for free on its platform.

The Amazon company, mostly known for its audiobooks, already gives access to hit podcasts such as “Pod Save America,” “You’re Wrong About,” “This American Life,” “Conan O’Brien Needs a Friend” and “FiveThirtyEight Politics.” Now Audible has announced that other titles will be available on its platform in the coming weeks, with exclusive content.

This new portfolio of 100,000 programs is still relatively thin compared to Apple Podcasts’ and Spotify’s, which respectively host 1.5 million and 1 million audio programs on their platform. However, Audible is all set to shake their hold on the market.

“Audible extends its commitment to quality audio storytelling and listeners now have access to a wider range of innovative and thought-provoking content even beyond our growing library of Audible Originals and our unparalleled catalog of audiobooks—all in one place,” said the Amazon company in a statement.

The new strategy follows Amazon Music’s entry into the podcast industry in September, when the musical streaming platform announced it was giving access to over 70,000 programs to its users throughout the U.S., U.K., Germany and Japan. In order to stand out from its competitors, Amazon Music offered original content like a podcast produced by DJ Khaled as well as one from Will Smith and Jada Pinkett Smith.

The e-commerce giant is not the only one on the market aiming at becoming “the Netflix of podcasting.” Netflix itself is researching new features to launch its own audio ecosystem. The American service would like its Android users to be able to listen to a Netflix show or film while multitasking on their device, rather than watch it. This feature would mimic the podcast or audiobook listening experience. NVG

Will our next favorite films and TV shows be based on podcasts?