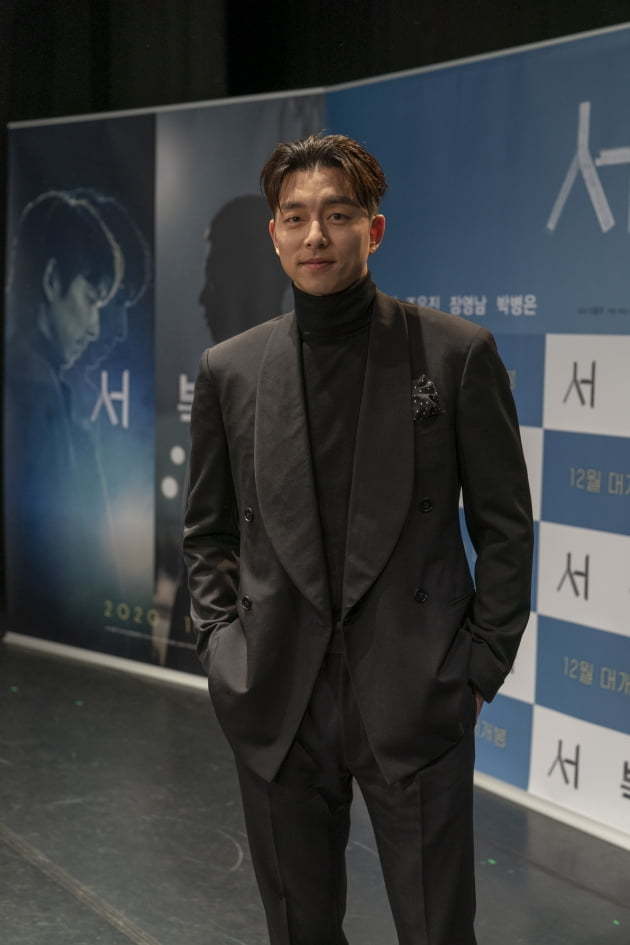 SEOUL — Actor Gong Yoo is returning to the big screen with Park Bo-gum in “Seobok,” a film about the first human clone.

The upcoming film which is set to be released in December will draw the bromance between the two main characters played by Gong Yoo and Park.

“The director told us to use Dustin Hoffman and Tom Cruise’s relationship in ‘Rain Man’ as our reference. In the movie, Seo-bok is constantly curious, seeing the real world for the first time, and Ki-hun becomes a little irritated by this,” Gong Yoo said during an online press conference held Tuesday.

“These are actually important emotional scenes (between the two characters) in our movie as well as the parts where the audiences can probably relax a bit. I also enjoyed filming these scenes (with Park).”

“Seobok” introduces Ki-hun (Gong Yoo) who is an ex-intelligence agent. Seo-bok (Park Bo-gum) is the first ever human clone and possesses the secret of eternal life.

Ki-hun receives his last mission from the director of the intelligence agency (played by Cho Woo-jin), to move Seo-bok, who has never known life outside of the laboratory, to a safe place.

“When I was first planning the plot, I did consider setting Seo-bok as a female character (like many other films that feature the first human clones). But then, I decided to make it a male character since it could become a cliche movie if Seo-bok is a woman and there’s a romantic relationship between the two main protagonists,” director Lee said.

The director added although the movie uses a human clone as one of its main characters, that is not the key element of the movie.

“Human clone character Seo-bok came in later,” Lee said. “I did not begin writing the script with the theme of eternal life or a human clone in my mind. The script began with my intention to write a story about human fear.”

He noted that the idea to name the clone Seobok, which came from the legend of Chinese explorer Xu Fu, came to him late on, saying it represents the fear of death and the desire to live eternally.

Xu Fu, known as “Seobok’ in Korea,” is a Qin Dynasty figure sent to Korea by Chinese Emperor Qin Shi Huang to find a plant that is known for giving eternal life.

Read Next
LOOK: ‘Trese’ animated series based on Filipino comics teased by Netflix
EDITORS' PICK
Smart Prepaid encourages the youth to take their passions to the next level and ‘Live GIGA’
DOF to PITC: Return P1 billion in interest on ‘idle’ funds
Experience clearer calls nationwide with Smart VoLTE
Año to public, officials: Refrain from holding events
Arthaland’s property management arm utilizes Amazon Web Services to enhance delivery of service
Watershed degradation abetted flooding, says scientists’ group
MOST READ
April Boy Regino passes away at 59
‘What is mine is hers,’ says Matteo on sharing finances with his Popstar Royalty wife
’Blind obedience’: Robredo twits Briones for pleasing only Duterte, not teachers, students
Año: Gov’t to conduct fact-finding on mass gatherings attended by Roque, Pacquiao
Don't miss out on the latest news and information.