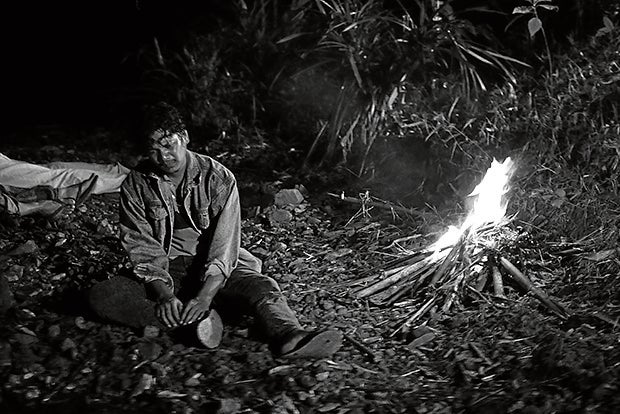 Under the International Competition section, the 157-minute “Lahi, Hayop” will battle against nine other full-length features done by directors who are “experimenting in new forms of storytelling,” according to the festival’s official website www.tainiothiki.gr.

The festival, which will run until Oct. 26, is purely online and for free.

“Although Diaz’s films are based on sociopolitical conditions and the extreme social stratification of his homeland, they ultimately transcend them—and the result is a deeply ecumenical cinema, which speaks to the mind and heart, and has justly ranked him as one of the greatest creators of our time,” the website stated.

Fresh from its recent success in the United States, Joanna Vasquez Arong’s “Ang Pagpakalma sa Unos” will be having its European premiere in the Netherlands at the International Documentary Film Festival Amsterdam (IDFA) 2020 in November.

Arong’s 15-minute docu, on how Supertyphoon “Yolanda” ravaged Samar and Leyte in 2013, won the award for best documentary short at the 2020 Hot Springs Documentary Film Festival in Arkansas early this month.

From Nov. 18 to Dec. 6, “Ang Pagpakalma sa Unos” will be participating under the Competition for Short Documentary category. The docu, along with six others, will be screened in cinemas throughout the Netherlands.

The entire IDFA program, including screening times, will be available online starting Nov. 9, according to the festival’s website www.idfa.nl.

Meanwhile, with the aim to “shine a light on the prodigious talent of local filmmakers in creating meaningful stories that Filipinos can relate to,” owners of the UFC brand of banana ketchup will be hosting a short film competition in November.

Deadline for submission of entries is on Nov. 30.

“Through the years, generations of Filipinos have shown their resilience and strength in the face of tremendous challenges. With this short film competition, we hope to provide a platform for stories that highlight the positivity and hope,” Jean Reyes, NutriAsia senior category manager, said in a statement.

The festival is open to filmmakers in the Philippines. Entries must have a maximum length of five minutes.

Thirty finalists will be announced on Dec. 3, and winners will be awarded on Dec. 14. All entries must be emailed to [email protected] and must include name, film title, contact number, names of cast and crew, and a photo of the director. INQ

Read Next
Ritz Azul goes ‘back home’ to TV5
EDITORS' PICK
High inflation: Your P1 is now worth only 87 centavos
Geek out at TOYCON 2022 powered by Smart Signature
Unemployment rate up to 6% in May
UK’s Boris Johnson will resign, BBC reports
High-risk pregnancy: Reducing your risk is in your hands
House energy committee chair Arroyo bats for cheap electricity
MOST READ
Suspect in grisly killing of missing woman in Bulacan arrested
Kim Atienza’s daughter flaunts bikini body in response to critics of her ‘revealing photos’
Cop slain in Isabela ambush
FDA probes popular Filipino noodle brand for ‘high level of ethylene oxide’
Don't miss out on the latest news and information.