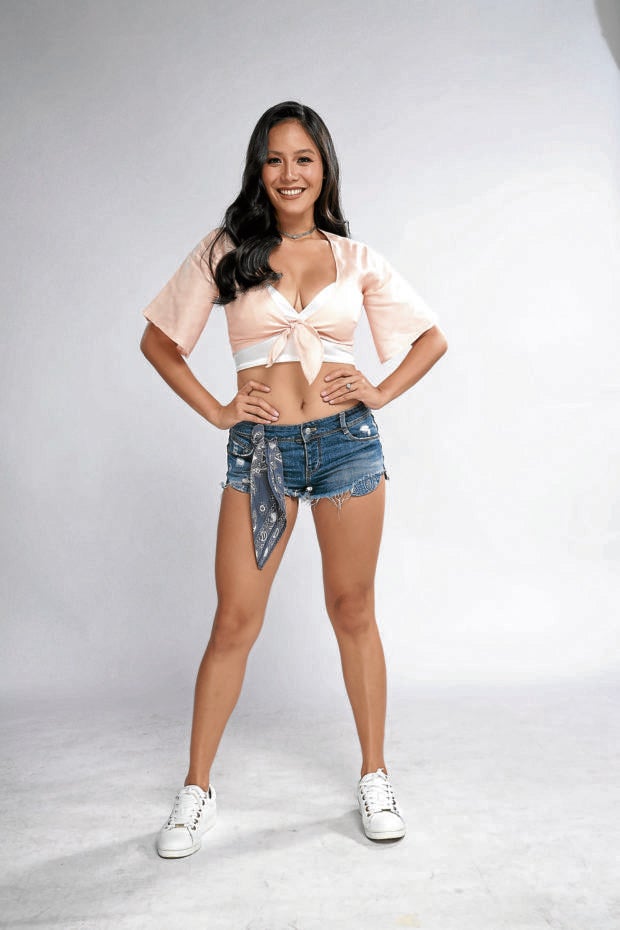 With the nonrenewal of ABS-CBN’s franchise, Ritz Azul finds herself back where she started—TV5. And her return has been going smoothly, because she parted ways with the Kapatid network on good terms.

“I didn’t burn bridges when I left TV5. They were actually happy for me when I transferred to ABS-CBN … It’s as if I had gone to college, and had to suddenly go back home. That’s the feeling,” she said in a recent virtual conference for the weekly comedy show “Sunday ‘Kada”—an incarnation of ABS-CBN’s “Banana Sundae.”

Ritz finished fourth place in the talent search “Star Factor” in 2010 and went on to become one of TV5’s “princesses,” starring in such shows as “Glamorosa” and “Misibis Bay.” In 2016, she signed a contract with ABS-CBN, where she coheadlined “The Promise of Forever” and became a “Banana” mainstay.

“When I was with TV5, I was still new … bagets pa. My acting ability had yet to develop. I continued growing when I transferred to ABS-CBN, where I learned a lot of things,” added the 26-year-old actress, who feels that there’s more depth to her acting now.

Her time in “Banana” in particular has been instrumental in diversifying her skill set.

“I didn’t know I could do comedy because I’m a naturally quiet person. But I became more open or talkative when I joined the show. I learned a lot from my coactors like Kuya Jayson (Gainza) and Ate SS (Sunshine Garcia)—not only about comedy, but also when it comes to relating with other people,” she said.

While the current show biz landscape is less than ideal, Ritz is grateful to have a show at all. “I’m happy that we’re still given an opportunity like this despite the fact that there’s a pandemic going on around the world. There’s still an opportunity to work and give happiness to the people,” she said.

“Some of the actors are more experienced, but we’re all treated equally. We’re all given our own spotlight,” Ritz said.

For its first episodes, the show, which airs Sundays at 3 p.m., did shoots on Boracay Island, where COVID-19-related protocols and safety measures were strictly observed.

And while adjusting to the changes has been a challenge, seeing familiar faces in the production staff was comforting, Ritz said. “It was painful and difficult, but we’re happy because it’s still the same family. There are no network wars. Everyone’s just working together for the good of the show,” she said. INQ

Read Next
Love Knots, October 27, 2020
EDITORS' PICK
US health officials: More data needed on UK variant warning
New Year, New Rediscoveries
Is your company a growth champion? Stand up and be recognized!
DOH reminder: Covid-19 vaccine ‘not a magic pill’
Acer Philippines welcomes you to its first flagship store
DND sees AFP gaffe in UP Red-tagging
MOST READ
Why Kris Aquino sleeps with her pearls
Dustin Poirier knocks out Conor McGregor at UFC 257
AFP to apologize to UP alum falsely included in list of NPA members — Lorenzana
Cavite gov’t weighs airport deal termination
Don't miss out on the latest news and information.