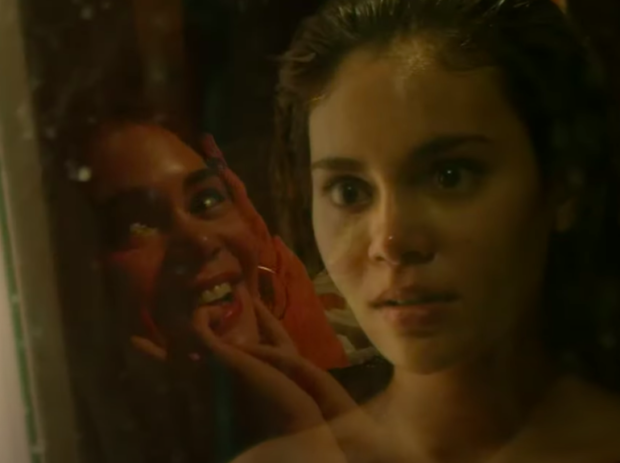 Ivana Alawi in a trailer for “Sitsit” (Image: screengrab from YouTube/iWantTFC)

Ivana Alawi and Jake Cuenca will be starring alongside each other for the first time in a new horror film just in time for Halloween.

The two will be delivering the chills through the small screen in “Sitsit,” which will drop on Oct. 31, as announced by Dreamscape Entertainment yesterday, Oct. 22.

“Sitsit,” an iWant Original movie, will be available for streaming via the said platform.

“Mag-ingat sa tawag ng dilim. Hindi mo alam kung ano ang kaya nitong gawin (Be careful of the darkness’ call. You do not know what it can do),” Dreamscape Entertainment teased in its announcement.

Cuenca and Avelino also yesterday shared the trailer for “Sitsit,” which features Alawi and Cuenca’s characters amid the harsh night environment of the metro, where shape-shifting monsters seemingly lurk.

On Avelino’s post, Cuenca congratulated the former on his achievement in filmmaking, commenting, “Miss you bro! Congratulations on your first production.”

Just a day before the premiere of “Sitsit,” Kim Chiu’s horror flick “U-Turn” will also drop via iWant TFC, among other services.  /ra