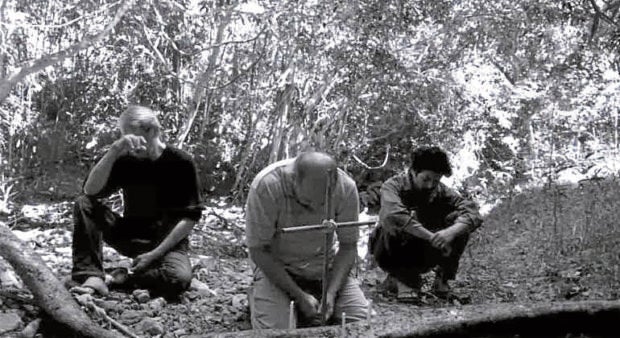 “Lahi, Hayop” will be shown in Austria, then Germany.

Despite the limitations caused by the COVID-19 pandemic, more Filipino films will be screened abroad this month and in November; starting with “Lahi, Hayop” (Genus Pan), the latest by filmmaker Lav Diaz, that will be shown in Vienna, Austria, then in Heidelberg, Germany.

Fresh from Lav’s best director win at the Orizzonti section of the Venice Film Festival in Italy last month, his 157-minute film will also be a part of the Viennale 2020 (Vienna International Film Festival) that will run from Oct. 22 to Nov. 1.

The Viennale is considered Austria’s most important international film event, as well as one of the oldest and best-known festivals in the German-speaking world, according to its website www.viennalle.at.

Starring Bart Guingona, Nanding Josef and DMs Boongaling, “Lahi, Hayop” will also be a part of the official selection of the 69th International Film Festival Mannheim Heidelberg (IFFMH) in Germany that will run from Nov. 12 to Nov. 22.

According to Diaz, “Lahi, Hayop” is an “exploration of our animal instinct: violent, aggressive, obsessive, transgressive, imposing, envious, territorial and narcissistic. Very much like our cousin, the genus pan.”

“This was a total surprise to me,” said filmmaker Joseph Israel Laban, whose movie “Baconaua” (Sea Serpent) will be screened under the Journey to Asia section of the 14th Five Flavours Film Festival in Warsaw, Poland, in November.

“I have been to Warsaw before for a brief side trip, but it will be my first time to be part of a festival there,” Laban told Inquirer Entertainment shortly after he posted the good news on his Facebook account on Thursday.

Five Flavours Asian Film Festival is an annual showcase of the cinema from South and Southeast Asia, happening every year in Warsaw. The festival will run from Nov. 25 to Dec. 2, according to its official website www.piecsmakow.pl.

“Baconaua” is a mythical creature that people believe to be the bearer of bad omen. The film is set in a sleepy fishing village on a tiny island in Marinduque, where, one day, hundreds of red apples start washing ashore. 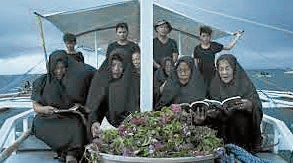 “Baconaua” will be screened in Poland.

“I’m grateful for opportunities to screen our films, especially during this pandemic,” said Laban. “‘Baconaua’ is three years old and yet the programmer, Jagoda Murczyńska, remembered it when we sent him a link back then.”

“Tarang” is about a rickshaw driver named Rodel who is unable to pay his rent. In his neighborhood, he is only one of many trying to get by in any way they can.

The 17-minute short will be competing under the Confrontation category from Nov. 10 to Nov. 15.

“In 2018, the Academy of Motion Picture Arts and Sciences in Los Angeles has declared Interfilm an Academy Award Qualifying Festival,” it added. INQ