WATCH: Janine Berdin reveals she had a nose job 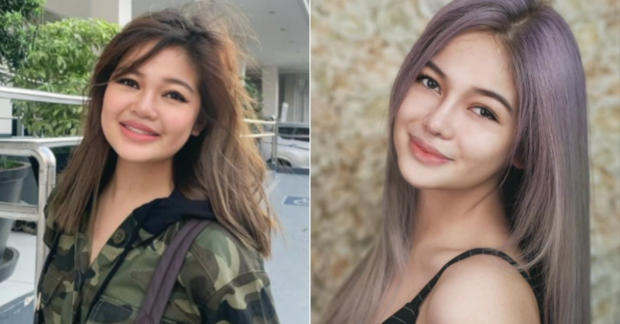 Janine Berdin in a photo taken in March (L) and in October (R). Image: Instagram/@janineberdin

Days after Janine Berdin’s new look went viral online, she admitted that she had her nose enhanced since it is her biggest insecurity.

The singer spoke about her decision to get a nose job during her interview with Vice Ganda on his online talk show “Gabing Gabi na Vice” last Sunday, Oct. 11.

(My biggest insecurity is my nose so that is what I had enhanced, just my nose.)

When Vice asked when she got the nose job, she revealed that it has only been a few weeks since her surgery.

(It is still new, sister. Actually, it has not yet been one month.)

Following the procedure, Berdin chose to post photos of her new look right away since she was happy with the outcome. As to why she had her nose enhanced, she explained that she was not happy with herself before.

(That is why when I watch my videos and photos now it is so different. It is not just my look but also my aura that shows how happy I am now.)

Berdin also expressed her view on self-love after someone told her she should not be promoting it since she changed a part of herself.

“Ang opinion ko lang po if you love yourself, kung totoong love niyo ang sarili niyo, dapat you take time and effort to enhance yourself, to make yourself feel better,” she said.

The two artists clarified as well that they are not promoting plastic surgery. Instead, they are encouraging others to find ways to help them love themselves more if they are still unhappy.

Prior to admitting that she had her nose done, the singer urged others to not fear change.

“Let’s not be afraid of change and let’s not condemn change,” she said in an interview with Darla Sauler last week. “Kung may gustong mag-change, ipa-change mo sila. Bahala sila basta masaya sila (If someone wants to change, let them change. As long as they’re happy).” JB

Janine Berdin on new look: ‘Let’s not be afraid of change’