Kim Chiu relives horror, trauma of having to pass by ‘most memorable’ U-turn slot daily 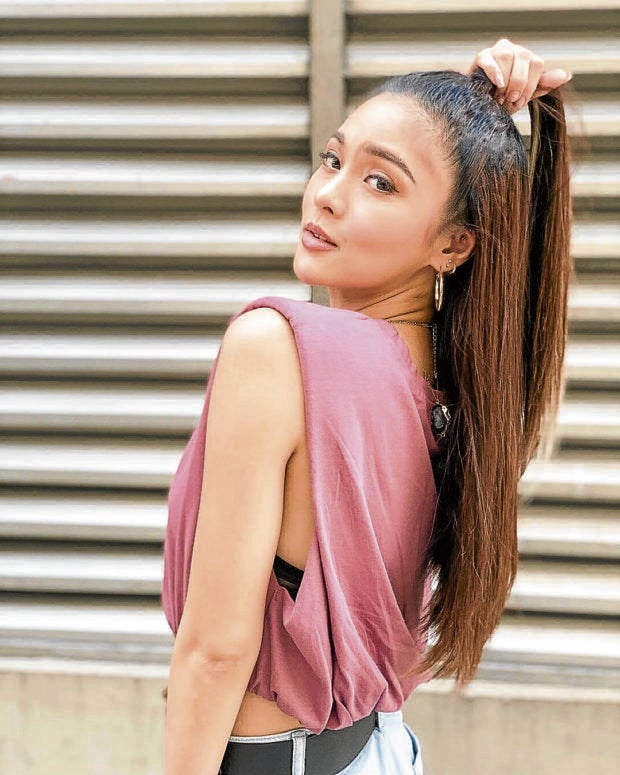 Actress Kim Chiu said it was quite ironic that her latest movie is a horror flick, titled “U-Turn.”

Kim figured in a failed ambush incident in March. Two gunmen sprayed bullets on her van at an intersection in Quezon City. Police authorities said Kim’s ambush was a case of mistaken identity.

“That road was also a U-turn slot. It’s such a traumatic experience. It doesn’t help that I pass by that road every single day going to work. One time, because the traffic light turned red, we stopped at the exact spot we were when the ambush happened. It felt so creepy because the sun was also shining on the van in the exact same way,” she told reporters during a recent virtual gathering.

“That’s the most memorable road in my life, ever. I’m still coping with the trauma. Baril kasi ‘yon!” she pointed out. Kim also said that, despite the fact that her assailants fired eight bullets, “I’m glad I’m still here making movies. I didn’t die because I still have a goal. It’s to tell everyone to take care whenever you’re at a U-turn slot.”

Kim also observed that the first part of 2020 had been a difficult time for her. Not only was her work affected by the imposition of the lockdown, but also by the eventual shut down of ABS-CBN as a result of its failed franchise renewal bid. Kim also received intense bashing because of her “Bawal Lumabas” viral video.

Luckily, tables have turned for Kim during the other half of 2020. Her teleserye “Love Thy Woman” topped the ratings chart. She also recently became a mainstay of the noontime program “It’s Showtime!” These days, she’s busy promoting Derick Cabrido’s “U-Turn,” which marks ABS-CBN’s first foray into digital film distribution.

“It goes to show that life is indeed like a wheel. You’re not always under,” Kim pointed out, adding that she’s thankful that this so-called “wheel of life” turned rather quickly for her. “’Yung ibang bilog kasi, ang tagal bago umikot,” she explained.

“With faith and trust in Him, I was able to recover quickly. I know that God will not make me face problems if I can’t solve them. He must think I’m a strong girl. If there are a lot of negative things happening, expect that good things will come eventually—just wait.”

Kim said it helped that she lives in the same house as her siblings. “I recovered easily because I’m with them most of the time. Since the beginning of the lockdown, we made sure to pray the rosary every night,” Kim shared with reporters. “Just keep praying. He may not reply to you with words, but He surely communicates through actions, through ways you don’t expect.”

She admitted that there were times when she felt too hurt and neglected by Him, “so while praying, I would just recite the usual prayers and not talk to Him anymore. Still, I chose not to give up. I chose not to stop trusting Him. He eventually gave me all these blessings,” said Kim.

“U-Turn,” a local adaptation of an Indian horror blockbuster of the same title, also features Tony Labrusca. It will premiere on Oct. 30. For the price of P150, it can be viewed online via the following platforms: iWantTFC, Ktx.ph, Skycable pay-per-view, and Cignal pay-per-view. INQ