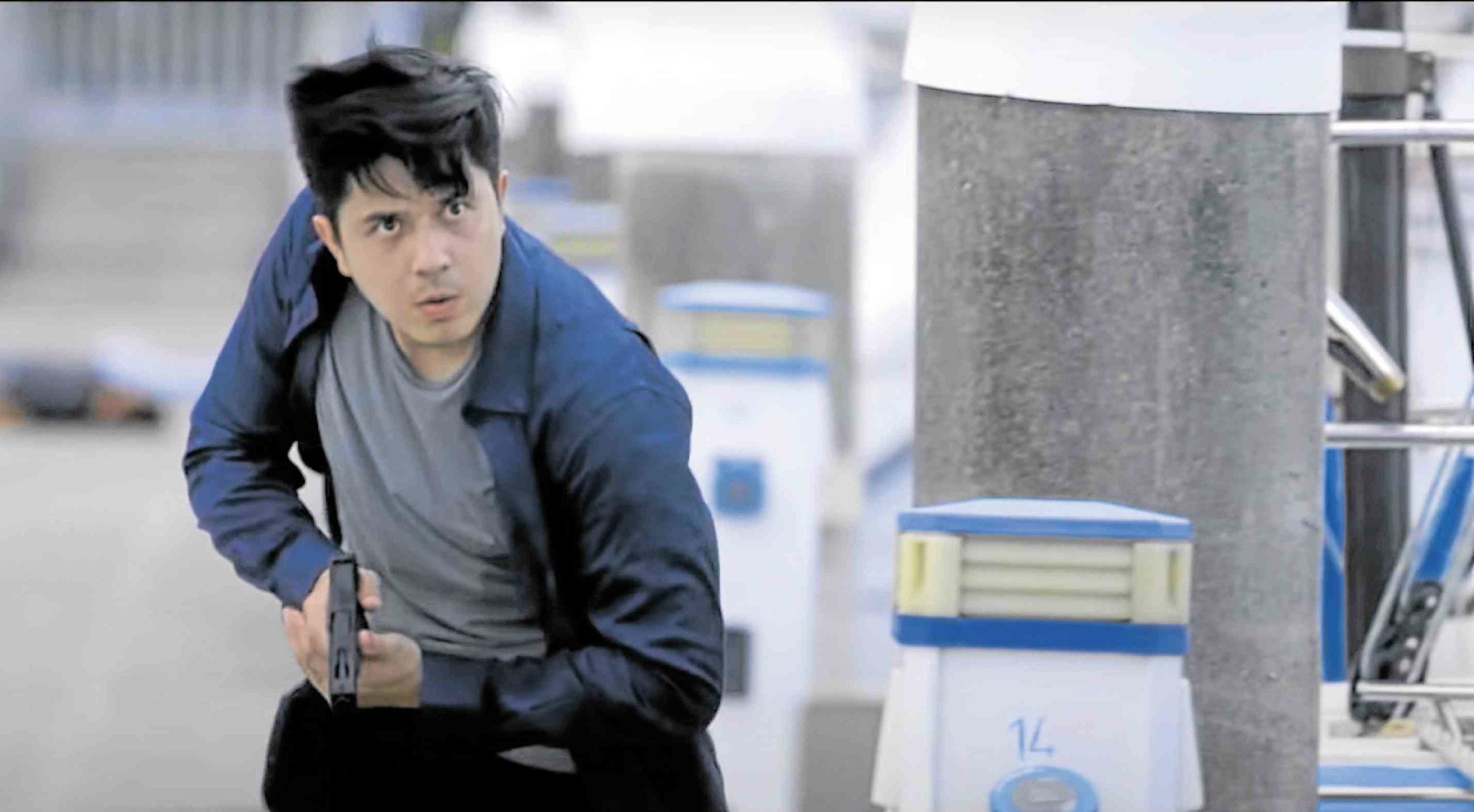 The COVID-19 pandemic and the resulting global lockdown had “saddened” Paulo Avelino, lead actor of the action-drama series “Walang Hanggang Paalam” because, he said, he was supposed to tour the globe and work with foreign actors because of the show.

“The original plan was to go around Southeast Asia and then to India. The production has already spoken to several actors abroad,” Paulo reported. “These days, I’m just happy and thankful that the project pushed through. I wouldn’t say it’s now on a smaller scale because we’re still following the original script. We simply adjusted and changed the locations.”

Paulo plays Emman, who is on the hunt for the kidnappers of Robbie, his son with estranged wife Celine (played by Angelica Panganiban).

The program’s director Emmanuel Palo said preproduction work for the film began late 2019, and that in the original story, the child is transferred to different locations by his kidnappers while they are on the run. In fact, the team has already shot some scenes in Thailand and would have transferred to locations in Cambodia and South Africa (“for the finale”).

“But because of the travel restrictions brought about by the pandemic, we couldn’t do that anymore,” the director explained. However, he said the story was retained, in terms of scope and the scale of scenes. “Instead, the boy will be transferred to different places in the Philippines—fictional locations, of course.”

Codirector Darnel Villaflor said there were limitations in relation to shooting action scenes, too.

“Safety is our main consideration,” he declared. “This was why they only have a fixed number of people present on the set (50 is the maximum number, according to a government directive).” 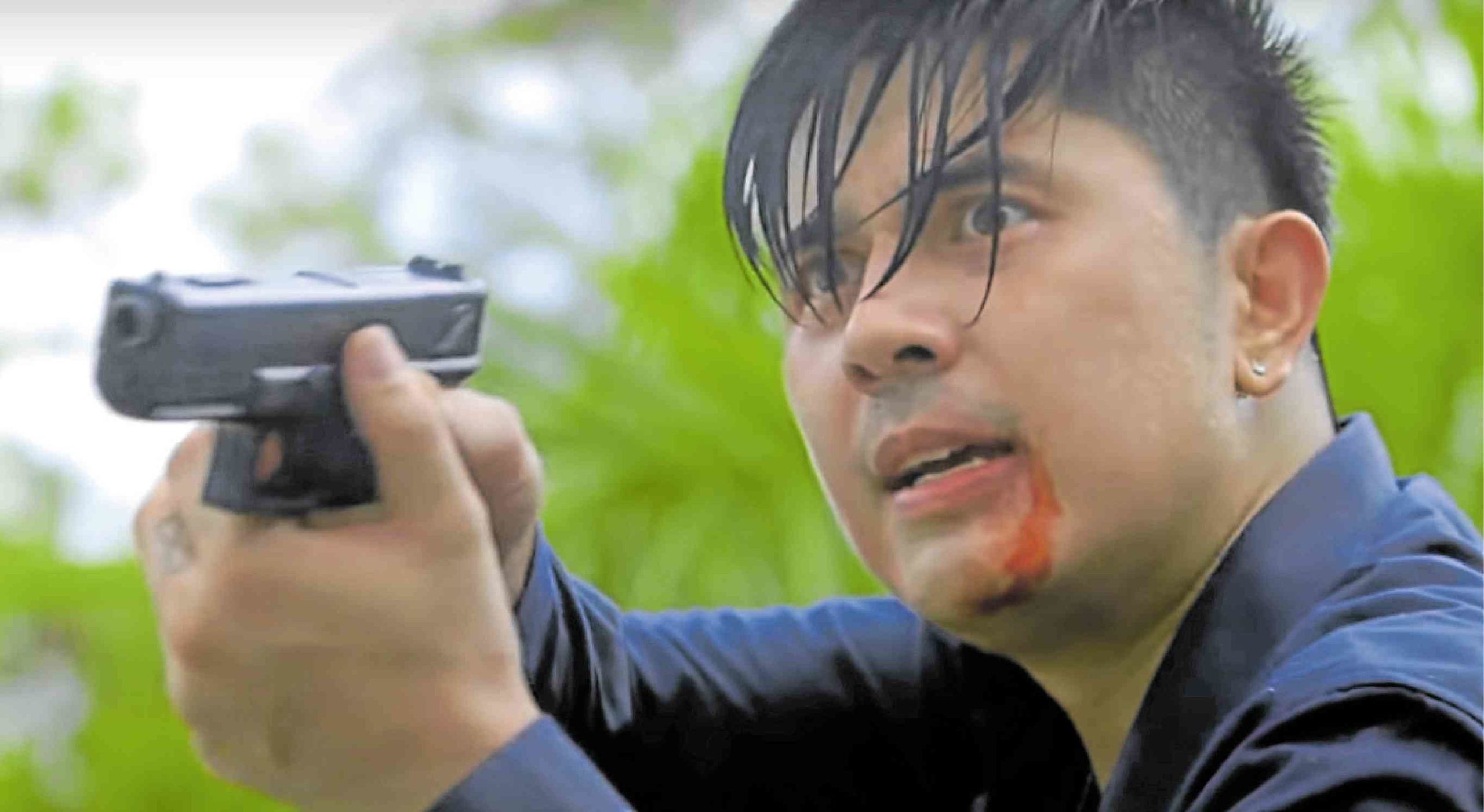 Avelino as Emman in the action drama series

“If you noticed, we have big action scenes but there aren’t a lot of people present on the set. We also don’t have crowd scenes. If you’ve watched the first few episodes, naitawid naman namin,” said Darnel.

Asked how he prepared for his role in the series, Paulo quipped: “Nagpa-chubby ako! I also made sure I’m always bulol on the set … Seriously, we were given a script that’s very detailed. It wasn’t difficult to create the character anymore.”

Paulo also let on that there were minor tweaking on the script because the original cast was also changed. Julia Montes and Nadine Lustre backed out of the series. They were replaced by Angelica Panganiban and Arci Muñoz.

“I’ve also played the role of a father before; plus, I have a child of my own, so I basically know how to react. I also based my character there,” he explained. Paulo has a son, Aki, with estranged partner, actress LJ Reyes.

As to how much he enjoyed doing his action scenes, Paulo answered: “I enjoy doing action scenes, not just because it makes one feel macho, but also it’s a form of self-expression for me. I don’t know how to dance. I’ve always regarded action scenes as an elaborate dance step. It has routines, as well as numbers.”

“Walang Hanggang Paalam” also stars Zanjoe Marudo, Jake Cuenca and JC Santos, among others. The show can be viewed at 9:20 p.m. on the Kapamilya Channel, Kapamilya Online Live, TFC and iWant TFC.

Read Next
For Andrea, Derek is worth the wait
EDITORS' PICK
Smart Prepaid encourages the youth to take their passions to the next level and ‘Live GIGA’
DOF to PITC: Return P1 billion in interest on ‘idle’ funds
Experience clearer calls nationwide with Smart VoLTE
Año to public, officials: Refrain from holding events
Arthaland’s property management arm utilizes Amazon Web Services to enhance delivery of service
Watershed degradation abetted flooding, says scientists’ group
MOST READ
‘What is mine is hers,’ says Matteo on sharing finances with his Popstar Royalty wife
Año: Gov’t to conduct fact-finding on mass gatherings attended by Roque, Pacquiao
’Blind obedience’: Robredo twits Briones for pleasing only Duterte, not teachers, students
Remains of Rep. Eufemia Cullamat’s daughter now with family – Army
Don't miss out on the latest news and information.