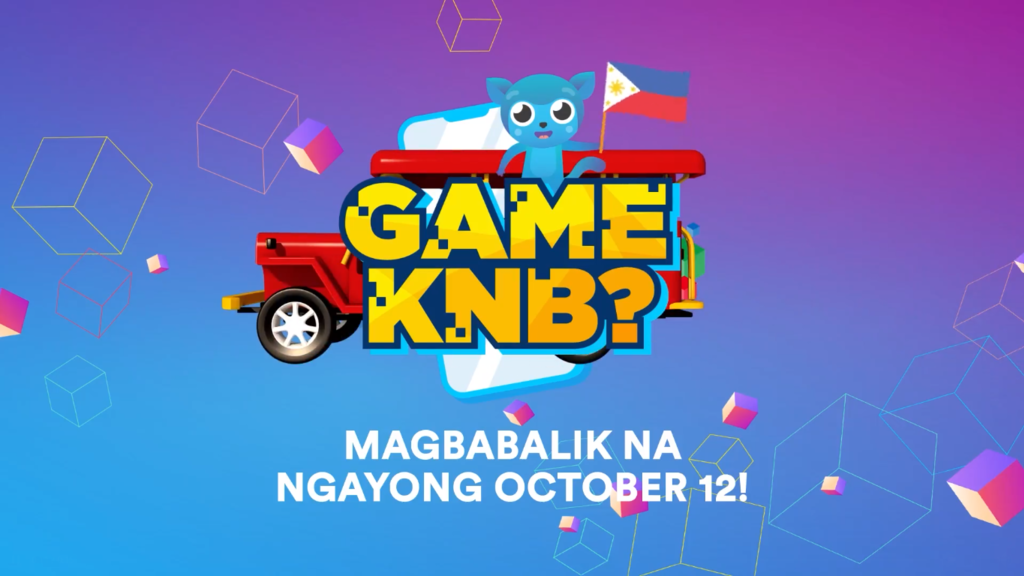 MANILA, Philippines — The much beloved game show “Game KNB?” will soon make its way back to television with Robi Domingo as its host.

In an Instagram post on Friday, Domingo said that he was “immensely grateful and overjoyed” to be part of the game show’s revival.

“I have been a big fan of the show, and in 2008, naging contestant din ako,” Domingo added.

ABS-CBN said in a statement that Robi will also take on viewer-requested daily challenges at the end of the show.

This revival also gets an upgrade as viewers can play the game via the Kumu app. Lucky players have a chance to win up to P10,000 daily during the show’s first season, ABS-CBN added.

“Game Ka Na Ba?” was known to be the Philippines’ first game show to incorporate text messaging. Aside from this, the show also popularized the famous taglines such as “Korek!” and “May tama ka!”, as well as Manzano’s Papaya dance craze.

The new “Game KNB?” is set to return on Oct. 12, and will air Mondays to Fridays at 12 noon on the Kumu app, as well as on Jeepney TV, available SKYcable channel 9, Destiny Cable Analog 41 and Digital 9.