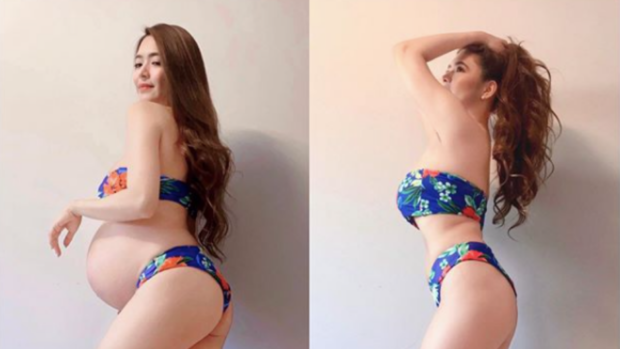 The actress posted a photo of her current figure beside one from when she was nine months pregnant. She also wore the same bikini in both pictures to highlight the difference in her body, as seen on her Instagram page on Wednesday, Sept. 23.

“Working out on your path to pregnancy & during pregnancy does wonders for you & your future baby!” she told fellow moms.

Garcia noted that she was a “fitness freak” from 2014 to 2016 while she still lived in the Philippines. However, she has not been able to visit a gym since she moved to the United Kingdom and gave birth to her firstborn in 2017.

Though she could not go to a gym during her first pregnancy, the actress continued to work out at home whenever she could.

“It’s a great idea to get a fitness routine in place before you get pregnant, so you’ll have time to strengthen your arms, back, hips & legs so you can carry your baby around with ease,” Garcia added.

She pointed out too that exercising can help boost one’s fertility, lower weight gain and decrease the risk of developing gestational diabetes and high blood pressure during pregnancy.

“It’s also not bad to exercise moderately during pregnancy because it’ll help boost your baby’s brain development [and] heart health,” the mother of two stated.

Garcia explained that simply walking or doing any activity get one’s heart pumping is enough. Though she is a fitness enthusiast, the actress admits that finding the motivation to work out can be hard, especially with a toddler and a newborn.

Garcia also noted that she may not be able to exercise regularly now as she recovers from a Caesarian section.

“But I’m so glad that I’ve worked out before [and] during my pregnancies [because] my muscles stayed intact. As soon as I delivered, my muscle memory took over [and] my body remembered how it used to look like,” she said.

She then acknowledged that getting back into one’s pre-pregnancy shape may take a while regardless of whether one chooses to exercise. Garcia also suggested that breastfeeding can help a mother lose “baby weight” if they are eating healthy and not overdoing it.

Garcia welcomed her second child, Isabella, last July in London. She married Birchmore in three different ceremonies, namely a civil wedding in London, a church wedding after, and a beach wedding in Boracay in January 2017.  /ra