‘Pickup Game’ filmmakers on exposing the dark side of seduction 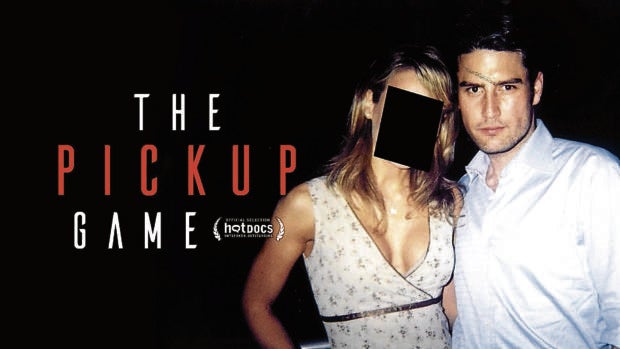 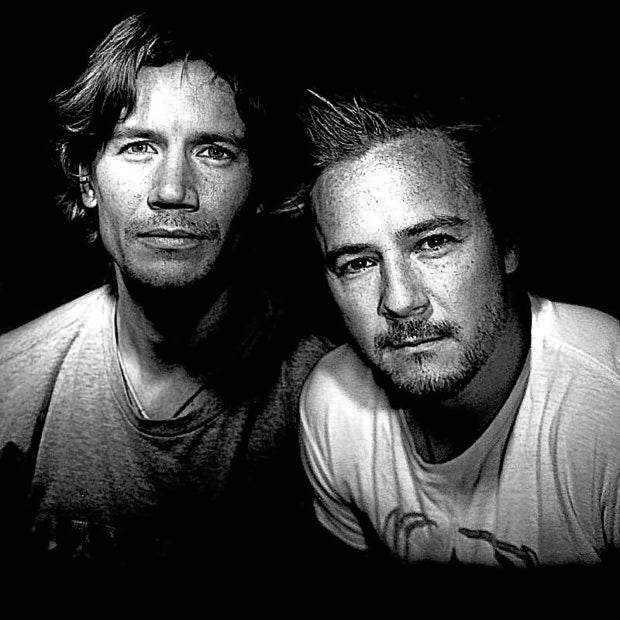 Matthew(left) and Barnaby O’Connor began pursuing the story for their documentary “The Pickup Game” (above) after the former met an actress who once worked as a conversation girl for pickup instructors during workshops and lectures (below). 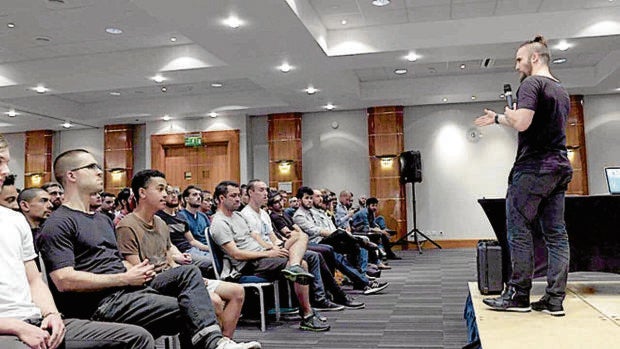 Is picking up women a trick that can be learned? The men at front and center of filmmakers Barnaby and Matthew O’Connor’s fascinating documentary “The Pickup Game,” which will be launched on the docu and current affairs streaming service iwonder tomorrow, certainly think so.

In fact, the “pickup” industry, which began when a man named Ross Jeffries started utilizing the art of persuasion after constantly being rejected by women in the ’80s, has become so financially lucrative that it has enabled its manipulative and misogynistic “seduction coaches” to hopscotch around the world, charge up to $25,000 to teach men skills they claim will guarantee success with women.

Even with the #MeToo movement helping keep sexual abuses at bay, the seduction industry continues to generate about $100 million a year.

Investigative reporter Neil Strauss blew the lid off the seduction community’s dark underbelly in his 2005 New York Times best-seller “The Game: Penetrating the Secret Society of Pickup Artists” after the writer, frustrated with his romantic life, decided to go undercover and attended a boot camp that focused on how to obtain the “elusive upper hand” with women.

To avoid spoiling the film for you, dear readers, we’ll tell you to look after a section of the film that explains why this bold docu should be seen by women as much by men: As far as the “pickup” game is concerned, men, often of the socially isolated, disenfranchised and unhappy sort, are interested in “what” works. Women, on the other hand, are interested in “why” the tricks work.

Answers to aforementioned questions will help viewers scratch the surface of the industry’s glossy exterior, where “courses are packaged as self-improvement, to the dark underbelly of sexual assault, pyramid scheme marketing and secret collusion.”

Explaining how the film came about, Barnaby told Inquirer Entertainment last week, “When Neil Strauss released ‘The Game’ in 2005, it became a cultural phenomenon. Everybody was talking about it. So we already had an awareness of the pickup world.

“Matthew was working on a music video several years later and one of the actresses in it mentioned she was a conversation girl for pickup instructors on the side. She would attend seminars and give students the opportunity to try out conversation techniques that the instructors were teaching. We interviewed her and the interview was so compelling we decided to dive into the world of pickup instructors and interview as many of them as possible. That was the genesis of the idea.”

Four years in the making, the docu, compellingly strung together, is the product of a coordinated endeavor across 10 countries featuring exclusive interviews with the key figures in a billion-dollar business that largely benefits from “the loneliness and frustration of men looking for ready-made solutions to their insecurities with the opposite sex.”

Even with dating apps like Tinder and Bumble, “The Pickup Game” remains as relevant as ever. Nobody could have described the O’Connors’ docu better than iwonder head of content Alexandra Fox-Hughes: “It lifts the lid on a subculture still thriving. With the #MeToo movement taking huge strides against misogyny and the subjugation of women, the issues addressed by ‘The Pickup Game’ and what we learn about the people involved and affected, take on a whole new dimension of modern-day relevance and concern, as men and women the world over grapple with gender roles and responsibilities.”

Below is our e-mail interview with Matthew and Barnaby O’Connor, along with their joint answers:

The “ruse” in this money-making scheme sounds too good to be true. Based on the people you crossed paths with, what do you think is it about the tutorials and workshops that convinced people to pay big bucks for them?

It’s a gradual process, which is what makes the business model these companies use so clever. A pickup instructor doesn’t walk up to a potential student and say, “Pay me $10,000 to spend the week together and I promise I’ll teach you how to pick up women.” It’s a gradual, step-by-step process that almost always starts with free content.

Instructors run a free tour where they travel around the world giving free lectures on pickup. At the lecture, they will try to upsell a $50 e-book or a $300 day seminar. For those who come to the $300 seminar, they then try to upsell the $3,000 boot camp (which runs over a weekend).

Once a student is on a boot camp, they pitch the big ticket “residential course” (typically a weeklong course), which costs $10,000. Most people never go as far as booking a residential course, but many people pay for the one-day seminars ($300) and weekend boot camps ($3,000).

There’s a constant process of upselling to the next tier and when you throw in all the other elements—a sense of community, the promise of some degree of control in your life, the slick nature of the presentations, the allure of the dating life you want, it’s easy to see how people get sucked in and caught up in it all.

Have any of Neil Strauss, Ross Jeffries, Paul Janka and the others featured in the film reached out to you about what they thought of it? How did you convince some of them to cooperate, given the unflattering light it shows them in?

Paul Janka has seen the film and we’ve discussed it with him, in particular the fact that the documentary explores some very dark themes and events. His opinion on it was that those elements need to be shown because that type of thing does happen.

As for Ross, without giving anything away, the scene at the end of the film (when the credits are rolling) was actually something that he asked us to include. It’s interesting because many people find that [that particular scene] makes a powerful point about the cautionary tale of living the pickup lifestyle. It was completely unplanned, though.

Aside from that, one pickup company tried to block the release of the film by issuing a cease-and-desist order, but that has been resolved.

Putting the film together seems like a daunting task. Could you talk about the logistical issues you had to hurdle as you followed these guys’ activities in 10 or so countries? When did you know you had enough material for the film?

It was without a doubt the most difficult film we have ever made. As far as filming goes, most of that was done on a shoestring budget with a minimal crew to keep costs as low as possible.

Search for “Human Kennel Chinatown” for an idea of the kind of places we stayed to keep costs down. Doing it with very limited funds was challenging, but it’s fairly common in documentary filmmaking.

What was incredibly difficult was putting it all together from literally hundreds of hours of material and refining it down to an hour and a half. Telling the story of a movement or subculture is much harder than telling the story of an individual, a group or an event because there is no inherent structure.

Added to that, we ran out of money when we were still way off finishing. Documentary editing can be an incredibly slow process. If you can put together a few minutes of film a day, you’re doing very well. Then, there are the screenings and reedits and changes. It goes on and on. We were trying to complete a film that often felt like it was never going to get done under immense personal financial pressure.

Honestly, looking back on it, I really don’t know how we managed it. We always believed in the movie, but there were many times when we wondered if we would be able to finish it without bankrupting ourselves.

Martin Scorsese has a quote about filmmaking that goes, “If the machinery of it all seems too big and scary and overwhelming—it’s great. You wake up in the morning and do it, anyway.” I think that’s how we got through it. Just taking it a day at a time. Just working on the next 30 seconds.

What’s your biggest takeaway from this whole experience?

There are so many. On a personal level, we both came to realize the importance of being honest. And that many people actually have so much more going for themselves than they know. We’re conditioned as a society to believe that we have to become something else when really we don’t.

From a filmmaking perspective, getting selected at world-class film

festivals was incredibly exciting and gratifying. We met Asif Kapadia at the DOC NYC festival. He did “Amy,” the Oscar-winning documentary about Amy Winehouse, and his latest film was playing in the cinema next to ours. That was a pretty cool feeling.

But actually the most rewarding element is when you meet someone who has seen the film and he tells you how impacted he was by it, how much it touched him or made him think about things. Ultimately, you want to feel like someone understood this story that you spent years putting together—and it’s an amazing feeling when they do.

In terms of directing, are two heads really better than one? Who gets the last word when you need to decide about contentious issues? Are you guys working on another doc you can share with us?

As far as who gets the last word, it’s flexible. Sometimes, one of us will suggest an idea that the other violently opposes, only to discover down the line that actually it works really well in context.

The great thing about working together is that we can be completely frank with each other with feedback and generally, there’s no ego attached to an idea. There’s a tongue-in-cheek phrase we use, “Does it make the boat go faster?” If not, take it out.

Occasionally, we do have blow-ups, but we keep those between ourselves and in the editing room. They probably make us look very amateur, like we have no idea what we’re doing. Thankfully, they’re rare and just part of the process at this point. And it never becomes personal, either.

As far as new films, at the moment, we’re working on a few projects together that we can’t really talk about. But, there is a documentary coming out next year we’re involved with that we can, though. It’s called “Ten Count,” about mental health in elite sports athletes. It takes a good look at the issue of depression in sports superstars. Among other people, it has Dwayne “The Rock” Johnson talking very candidly about his battles with mental health.

“The Pickup Game” is quite politically charged, and one that fires people up. That’s what makes it an important film in many ways. But the other side of that is we’ve had a lot of backlash from both the pickup companies, as well as from some critics who feel like we haven’t been critical enough of the industry, so it’s exciting to work on something that doesn’t have that overhead. INQ

“The Pickup Game” is streaming exclusively with iwonder.com beginning Thursday.