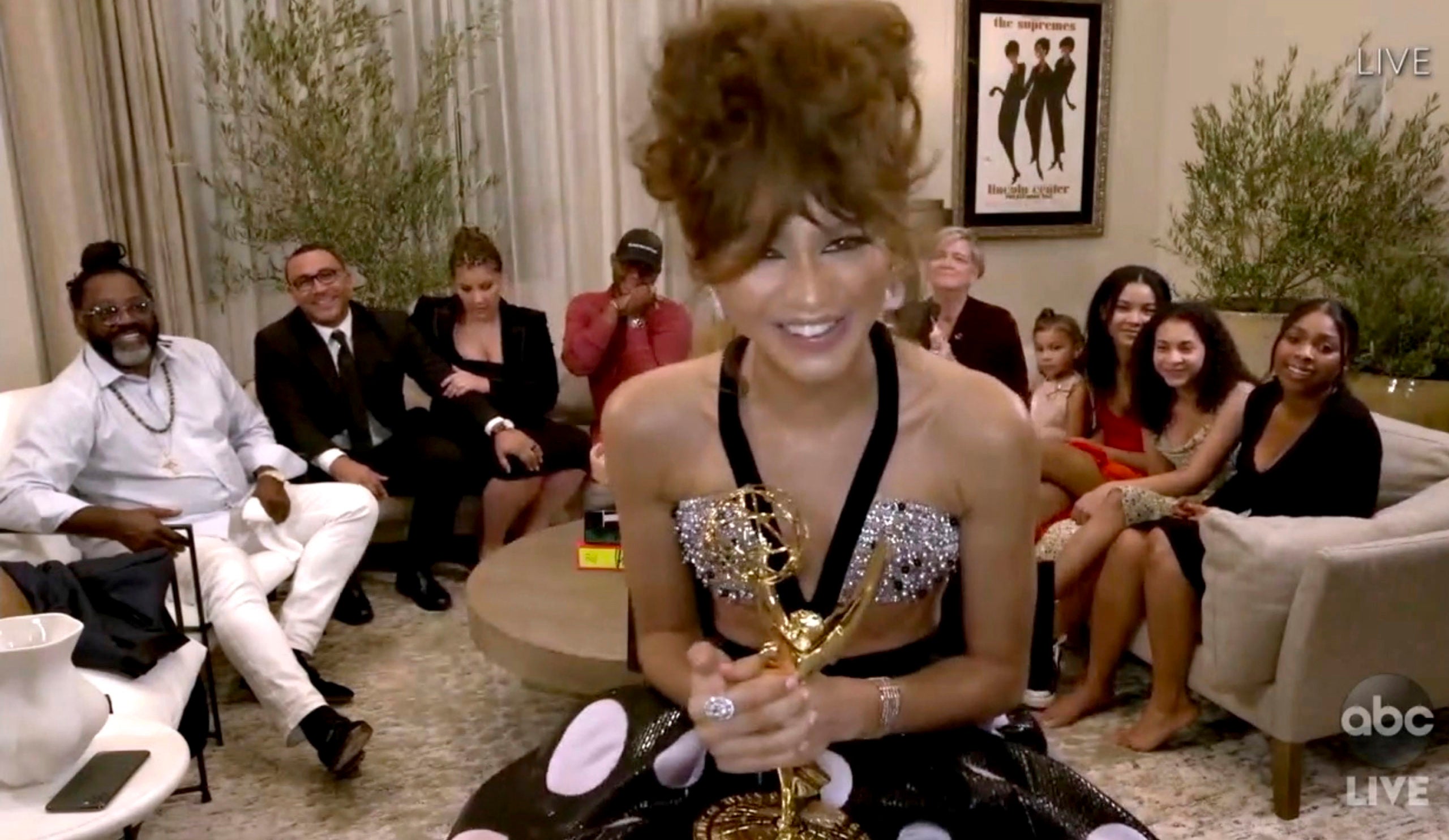 LOS ANGELES — Zendaya said her “heart was filled” when she saw her fellow nominees, including Jennifer Aniston, cheering on the “Euphoria” actress for becoming the youngest drama lead actress to win an Emmy.

The 24-year-old Zendaya became emotional after she took home the trophy for her role in the HBO series, scoring one of the few long shot victories Sunday night. She is only the second Black actress to claim the lead drama actress award, following Viola Davis’ groundbreaking 2015 win for “How To Get Away With Murder.”

Zendaya’s family and friends screamed, cheered, hugged and cried behind her as the stunned actress accepted the award in what appeared to be a hotel suite.

“I usually don’t cry,” she said in a virtual backstage interview. “I got through it without letting it take over me. It was a very emotional moment. I still can’t believe it myself. It’s pretty crazy.”

On “Euphoria,” Zendaya plays Rue Bennett, a teenage addict struggling with her sobriety and recovery on the series that delves into sex, drugs, trauma and identity among high-schoolers.

“I just want to say there is hope in the young people out there,” she said. “I know our TV show doesn’t always feel like a great example of that,” but she thanked them for “doing the work.”

Zendaya said she was grateful to share the moment with family and friends despite the coronavirus pandemic, which has restricted interaction with loved ones.

“I think it’s moments like this that we really have to hold on to and cherish,’’ said the actress, who overcame a strong group of nominees that included Aniston, Olivia Colman, Jodie Comer, Laura Linney and Sandra Oh.

“I definitely felt like this wrapping of love around me as I was sitting here,” Zendaya continued. “I’m just trying to take it all in. Just being grateful for the moments that we do have of joy and happiness.”