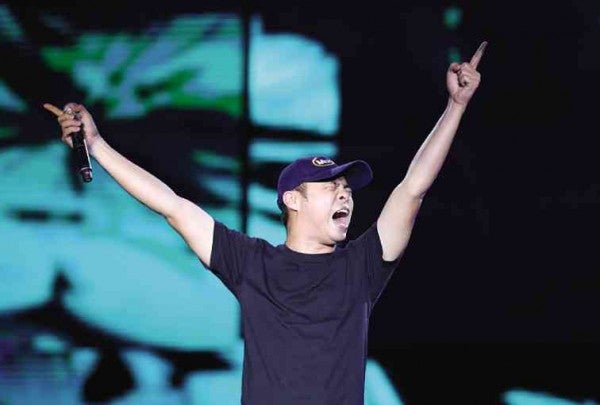 Parokya ni Edgar frontman Chito Miranda has outlived his rock ‘n’ roll lifestyle and has grown accustomed to a healthier one, although he assured that he will “never outgrow the band.”

(I wake up early now. I often wake up before 8 a.m. I also sleep earlier now. I would already be in bed by 11 p.m., then I would be asleep around midnight.)

“I can’t help but [compare] it sa lifestyle ko dati bago (to my lifestyle before) mag-lockdown,” he added.

Miranda also reminisced on his lifestyle before, noting that he always had to be at his peak at night as he was part of a band.

“Staying up ’til dawn, always being on the road, and living on an unhealthy diet. Mabuti nga natigil ko yung yosi 5yrs ago eh,” he added. “Can you imagine?”

Now, the rock star shared that he is no longer drinking too much, although he noted that drinking has never been a problem before because he seldom went all out.

“[But] the frequency of drinking was sometimes a concern because halos araw araw ang tugtugan ng Parokya… at least ngayon, paminsan-minsan na lang (because Parokya had to perform almost every day… at least now, it is less frequent) hehe!” Miranda stressed.

“I guess tumanda na ko (Maybe, I have grown old),” he emphasized. “Or maybe, the novelty of my rock & roll lifestyle has worn off… I’ve been living like that even before I legally became an adult haha!”

He assured fans that despite his relatively calmer, healthier and more peaceful lifestyle today, he still enjoys being in a rock band—and in Parokya ni Edgar, more so.

“Writing and recording songs, performing with my closest friends who I’ve known my entire life, and getting paid just to have fun…but I think I’ve fallen in love, and have grown accustomed to this new lifestyle: healthy, stress-free, and spending every day with my family,” he emphasized.

“I guess I’ve simply outgrown the lifestyle…pero (but) don’t worry, I will never outgrow the band,” Miranda added, revealing that Parokya ni Edgar is even working on a new album now.

Miranda recently penned a new song dedicated to his wife, Neri Naig, as the latter celebrated her birthday on Sept. 7. He has since released a lyric video for the song “Smile,” which he released yesterday, Sept. 17.

“This isn’t an official single…it’s simply a song I wrote for my wife on her birthday, but I decided to upload a lyric video of the song on YouTube, and put the song on Spotify as well, so more people could enjoy it,” the rock star said.

“This song isn’t copyright-protected since it hasn’t been signed up as an official song under our recording company yet. Please feel free to download it, and use it as if it were yours,” he added.

Miranda and Naig have been married since December 2014 and actually tied the knot twice: the first was a civil wedding in a Taguig City restaurant and the second a garden ceremony in Tagaytay the day after. They have one son, Miggy, who was born in 2016.  /ra