Jon Jon Briones: Role in ‘Ratched’ an acknowledgment of my Filipino culture

It isn’t every day that we get to interview a homegrown Filipino actor and talk about his crucial participation in a mainstream Hollywood production. And he becomes even more endearing when you see him wearing his Pinoy identity on his overachieving sleeve with such pride and humility.

In our exclusive video interview on Zoom with Sharon Stone on the same day we spoke to Jon Jon and gorgeous actor Finn (who was paired with the latter for our two-on-one chat), it was the actress herself who voluntarily mentioned Jon Jon as we were wrapping up our Q&As with her.

What we liked about Jon Jon even more was his humility sans obsequiousness. Asked if he didn’t feel intimidated alongside his stellar scene partners, particularly Sharon, Cynthia and Judy, Jon Jon shared with Inquirer Entertainment his memorable experience working with Sharon in a crucial sequence. The actor described a scene where his character, Dr. Hanover, pays Lenore a visit to talk about his treatment for Henry’s psychosis.

“Actually, I did [get intimidated] in that scene with Sharon,” Jon Jon recalled. “I was a foot away from her, and I was like… (he pauses)—after all, this is Sharon ‘Basic Instinct’ Stone we’re talking about (laughs)!

“Then, there was a part where I was having a hard time. So, Sharon came to me, held my hand and just looked at me. Well, she probably said something, but I can’t remember now what it was … because I just remember it was Sharon Stone right in front of me! And that gesture really helped me, you know? Where things like this are concerned, you get over them as you get older. You just have to tell yourself, ‘OK, I’m just as good as they are.’” 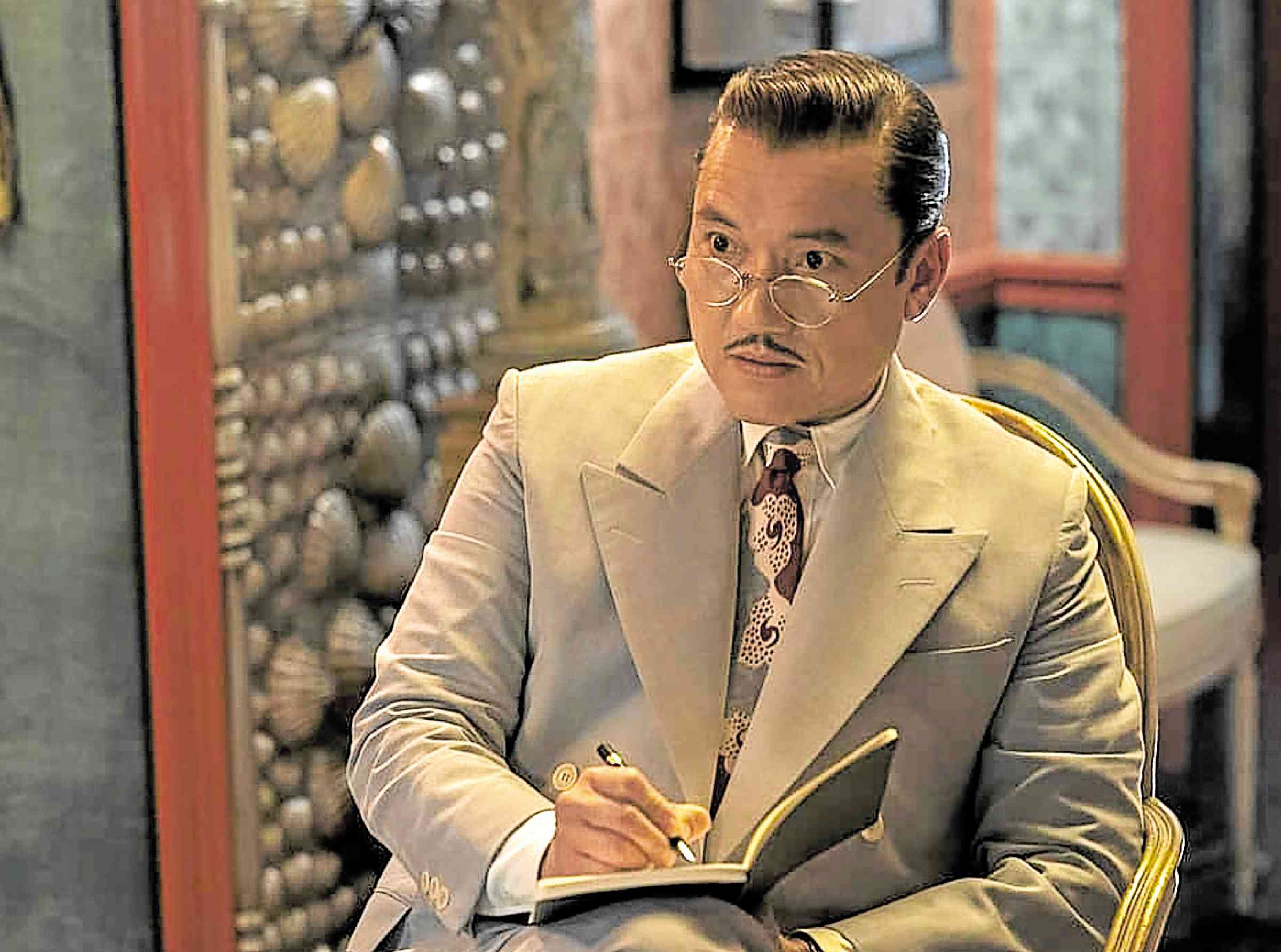 “You’re right. It’s easy to be intimidated when you’re working with stars of this magnitude. But you know what? When Ryan (the man behind such actor-friendly vehicles as “American Horror Story,” “Glee,” “Pose,” “The Assassination of Gianni Versace,” “Feud,” “Nip/Tuck” and “The Politician”) invites you to become part of his world, that’s a compliment that instantly boosts your confidence. It means that you can play whatever role he gives to you. So, to get his blessing is enough.

“Moreover, once you meet these wonderful artists, you can see that they’re good people and wonderful human beings. You realize that Finn, Sarah, Sharon and the others—they’re just like you and me.”

We told Jon Jon that while his scene-stealing cameo (as Modesto, the problematic Pinoy father of Fil-Am serial killer Andrew Cunanan, portrayed to sinister perfection by Darren Criss) in “Gianni Versace” may have started the ball rolling for him in Hollywood, his fierce and focused portrayal in “Ratched” is the type that turns Broadway thespians into Hollywood stars.

What makes any job easier, Jon Jon said, is an actor’s hard work and drive. He talked about this after we said that we found Dr. Hanover’s drive too compelling to ignore. We likened Jon Jon’s “Ratched” character to his career-boosting role as The Engineer in the Cameron Mackintosh musical “Miss Saigon,” where he began as part of the pioneering Filipino cast in the musical’s 1989 West End premiere in London. 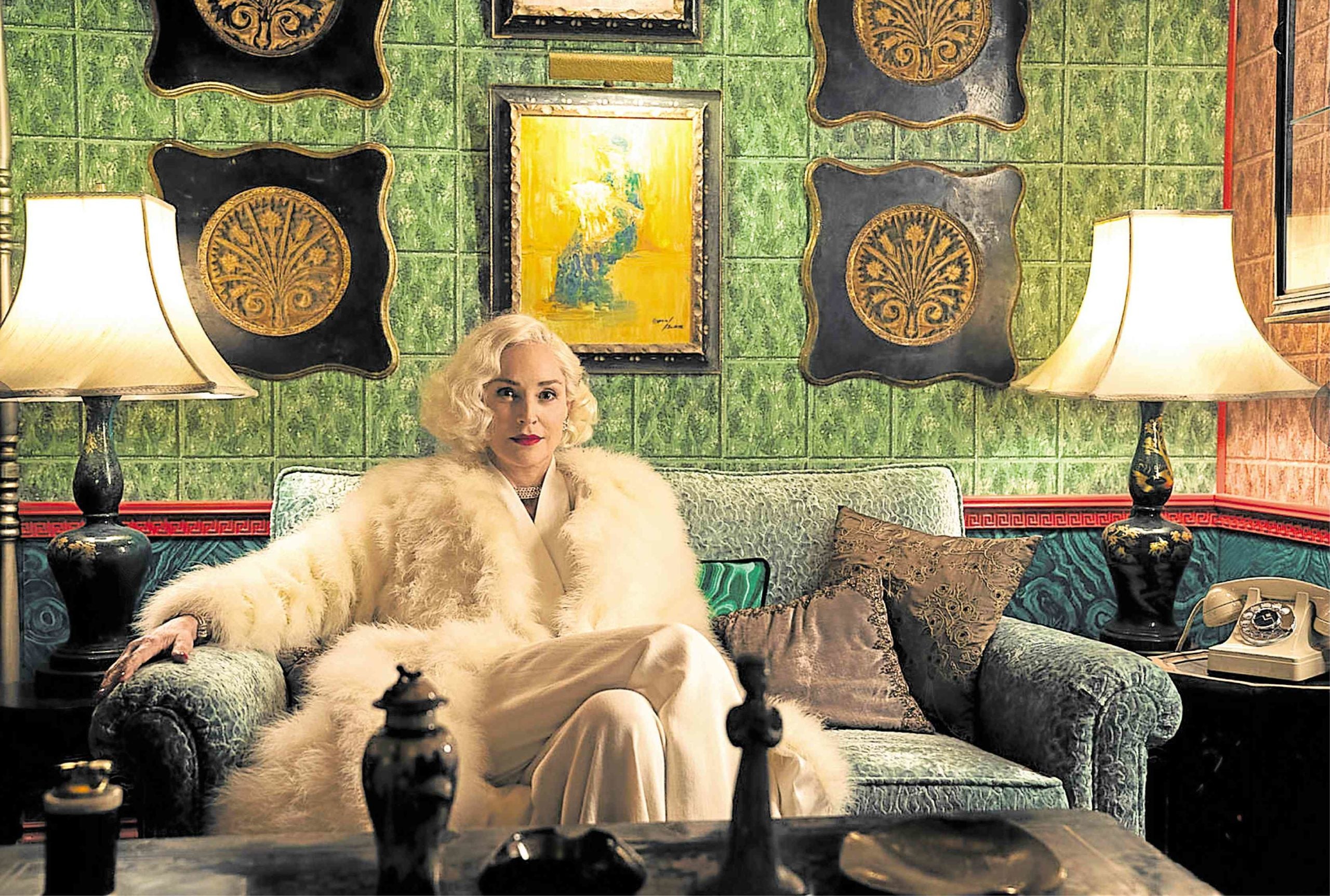 In that musical, Jon Jon earned his stripes, so to speak, and rose from the ranks—from playing an NVA solder/barman to finally seizing the pivotal role of The Engineer. Whatever you think of “Ratched,” it’s undeniable how the actor commands the screen with as much flair as vulnerability—a ticking human bomb who will do anything to get what he thinks he deserves. “When I first read the script of ‘Ratched,’ I was very happy to read a particular line in it that has since been deleted out of the final cut,” he said. “In that scene, Mildred asked my character, ‘Are you of Filipino descent?’ I was thrilled because that was an acknowledgment of my culture—the Filipino culture—and placing an immigrant, a person of color, in that era in the 1940s is a big deal.

“Dr. Richard Hanover is a person who believes in his brilliance—and he also believes that he belongs in their world … that he can do more than any other person. Of course, he has that huge ego that gets him in trouble, and it does, but he is a man who thinks he needs to prove a lot of things. This makes him human.

“Another thing that I like about him is that he actually believes in helping people … that he can really cure anyone. In a way, this is bad because he has that God complex. Then, he starts running away when this results in trouble.”

Is that why Dr. Hanover feels very protective of his patient Charlotte (Sophie), who suffers from multiple personality disorder?

“Absolutely. When Richard met Charlotte, he thought he was making progress with her condition. But he was really doing it for him as it was for her,” Jon Jon disclosed. “He saw her as his salvation. And he could see himself in Charlotte’s situation—Charlotte has multiple personalities, while Hanover tries to be somebody he’s not to be able to escape his past. There’s something kindred about what they’re both going through—which I find beautiful.” As we were saying our goodbyes, we told Jon Jon that we couldn’t wait for the whole Philippines and our Inquirer readers to see his star turn in “Ratched” today. Jon Jon then broke into a big smile, waved at us and said, “Maraming salamat! Paki-kumusta na lang sa lahat.”