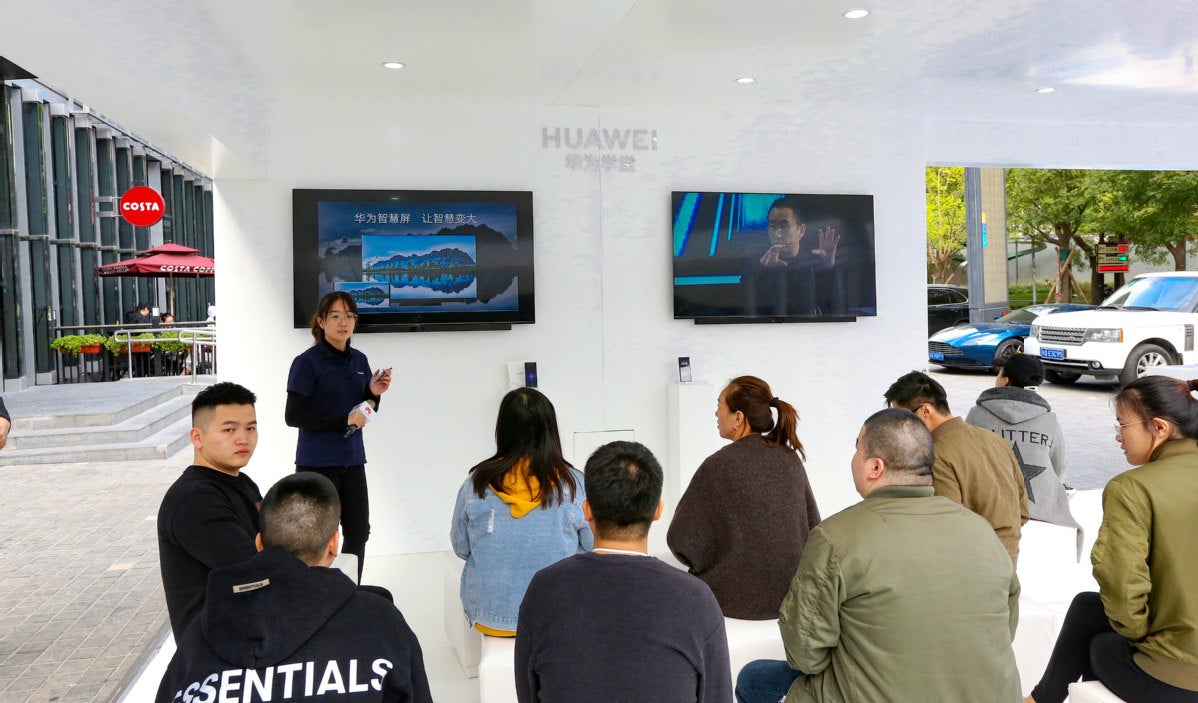 An employee introduces Huawei smart TVs to consumers at a company store in Beijing. A QING/China Daily/Asia News Network

BEIJING — Chinese tech companies are scrambling to develop operating systems for smart TVs and beyond as they work hard to build their own core capabilities in the internet of things era.

The moves come as advances in artificial intelligence technologies and smart home IoT device ecosystems are expected to connect smart TVs with other home appliances and hardware to offer a more intelligent life and work environment for consumers.

Huawei Technologies Co, for instance, is stepping up its push to apply its in-house operating system Harmony into more devices after it was initially used in its smart TV－Honor Vision.

Honor Vision, unveiled a year ago, has the potential to become a center for multi-device interaction and supports the playing of high-definition mobile games on smart TVs with low latency due to the ability of the Harmony operating system to reduce the response latency of apps by 25.7 percent, Huawei said.

Honor Vision marks the first step by Huawei to officially march into the TV sector. “We hope to leverage our years of innovation in smartphones to reshape the role of TV in our lives,” said Zhao Ming, president of Honor. HarmonyOS has also been used in more of Huawei’s smart TV products.

But HarmonyOS is more than just an operating system for TVs. Yu Chengdong, CEO of Huawei’s consumer business group, said HarmonyOS is a next-generation operating system designed for the internet of things era. It is intended to deliver a smooth experience across different devices and Huawei plans to begin using it in smart TVs, automobiles, wearables and other hardware from 2019 to 2022.

“You can develop your apps once, then flexibly deploy them across a range of different devices,” Yu said.

The moves all came as the concept of the internet of things is finally starting to be materialized, with more devices now connected to the network and becoming intelligent in “communicating” with each other.

Sophie Pan, research manager for client systems at International Data Corp’s China branch, said that with the help of AI technology and home IoT device ecosystems, the voice interaction and connectivity afforded by smart TVs can allow it to be better integrated into a consumer’s work, life and play scenarios at home.

“With a high penetration rate of smart TVs shipment in China, IDC sees an opportunity for smart TVs to get to the next stage of smart TV development and increase its market share,” Pan said.

IDC forecast that 44.8 million units of smart TVs will be sold in China in 2020, marking a 4.4 percent decrease from a year ago, partly due to the negative effects of the COVID-19 outbreak.

But the improvement in connection and interaction intelligence in newer smart TV models will increase their appeal to consumers.

IDC said the evolution of smart TVs in China has yet to take off, as most manufacturers continue to focus on video entertainment capabilities instead of expanding diversified scenarios. In fact, only 29 percent of smart TVs on the market could connect with other home devices as of 2019－and 45 percent of smart TVs can support voice assistants.

In such contexts, smart TV’s user interface－the point of human-computer interaction and communication－becomes increasingly important. It must be an integrated interface with a networking connection port, an interaction port and a service port, IDC said.

That is where Chinese TV makers are working. Internet TV brand Coocaa, a subsidiary of Chinese television producer Shenzhen Skyworth-RGB Electronic Co Ltd, also unveiled its latest operating system as it eyes a bigger presence in the IoT market.

Wang said Coocaa’s OS 8 was unveiled to help create an “unbounded space”, and it is developed to be compatible with different screens and can control smart devices without being restricted by time and place.

Wang said the company will use “Coocaa OS inside” as the identification for its latest Coocaa operating system, which it hopes can transform the company from an intelligent product supplier to a solutions and services provider.

When Coocaa’s operating system is used in cars, it can also support artificial intelligence functions, such as enabling consumers to voice-control car windows and air conditioning, Wang said.

These companies’ ambitions are big, but the key to success lies in whether software developers will embrace the new OS and make applications around it. Huawei said last year that it will invest $1 billion to encourage software developers to be part of the HarmonyOS ecosystem.

Analysts said Huawei made the right move by building Harmony into an open-source operating system and allowing it to be compatible with Android from the start.

“This will prevent it from repeating the fate of Microsoft in promoting smartphone systems,” said Jia Mo, an analyst at market research company Canalys.

Microsoft failed to popularize the use of its Windows system in smartphones years ago.

The increasing efforts to add technological elements into TVs also come as the sector reaches a mature stage. Market consultancy All View Cloud said TV sales reached 20.87 million units in China in the first half, down 9.2 percent compared with the same period last year.

In such a context, Chinese TV makers are working hard to upgrade their products. Hisense Group, a leading TV and appliance manufacturer, launched its interactive system for large-screen social viewing in the Chinese market last year.

All View Cloud said in its latest research note that TVs which come with AI-enabled features account for 64.9 percent of all TVs sold in the first half in China, up from 53.2 percent in 2019 and 35.6 percent in 2018.

Xiang Ligang, director-general of the Information Consumption Alliance, a telecom industry association, said: “Despite the mounting competition in the TV market, products that can bring new value are still of great appeal to consumers.”

Zhao from Honor said: “TV has its irreplaceable advantages. TVs and smartphones will work as two centers in people’s daily lives.”

He added that currently R&D spending on TVs is still not enough, which impedes the industry’s development.

“Huawei’s strong R&D push into TVs can even outperform that of some entire TV companies. That’s one of our edges,” Zhao said. 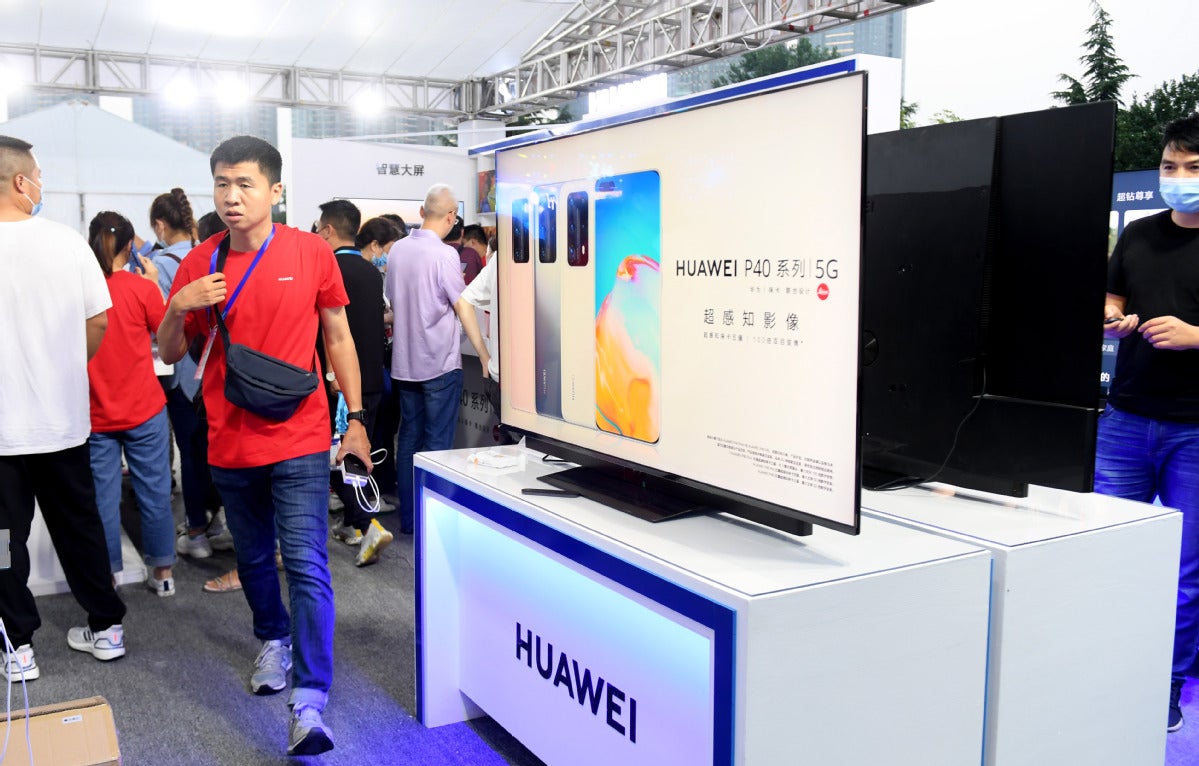