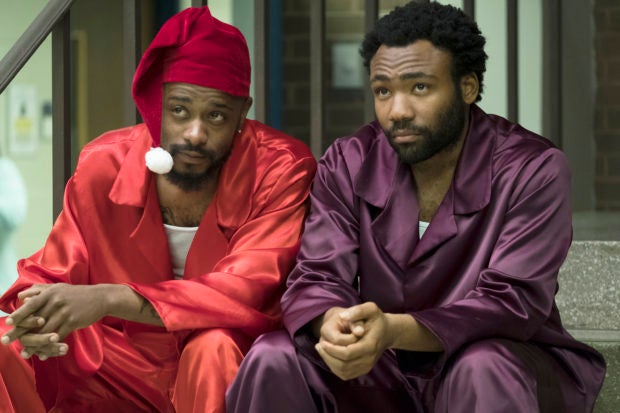 Lakeith Stanfield, left, and Donald Glover in a scene from “Atlanta”. Image: FX/Guy D’Alema via AP

LOS ANGELES — Earn and Paper Boi were last seen flying to Europe on “Atlanta”, but they won’t touch down until sometime next year.

The acclaimed FX comedy starring creator Donald Glover as Earn and Brian Tyree Henry as his rapper cousin will begin its pandemic-delayed production in the first half of 2021, FX Networks Chairman John Landgraf said Wednesday.

Glover and the other series’ writers have completed the scripts for seasons three and four, with plans to tape them back to back.

But COVID-19 safety concerns and the intricate task of coordinating a lengthy shoot hindered production, said Landgraf. One season is to be shot primarily in Europe and the other in Atlanta.

A lag time already was expected for the return of the Emmy-winning “Atlanta”, which last aired new episodes in May 2018. Earlier this year, Landgraf suggested season three would debut in January 2021, with season four likely to follow that fall.

Landgraf didn’t venture a guess on when the show would be rescheduled, but during an online news conference promised the earliest possible “concrete answer.”

He called the situation heartbreaking “because I love the show so much and want it to be a part of our schedule always.”

Another FX series, “Fargo”, suffered less from the industry-wide production shutdown caused by the coronavirus. Nine of the anthology series’ planned 11 episodes were shot before COVID-19 hit and, with safety protocols in place, taping on the remaining two was completed earlier this week in Chicago, Landgraf said.