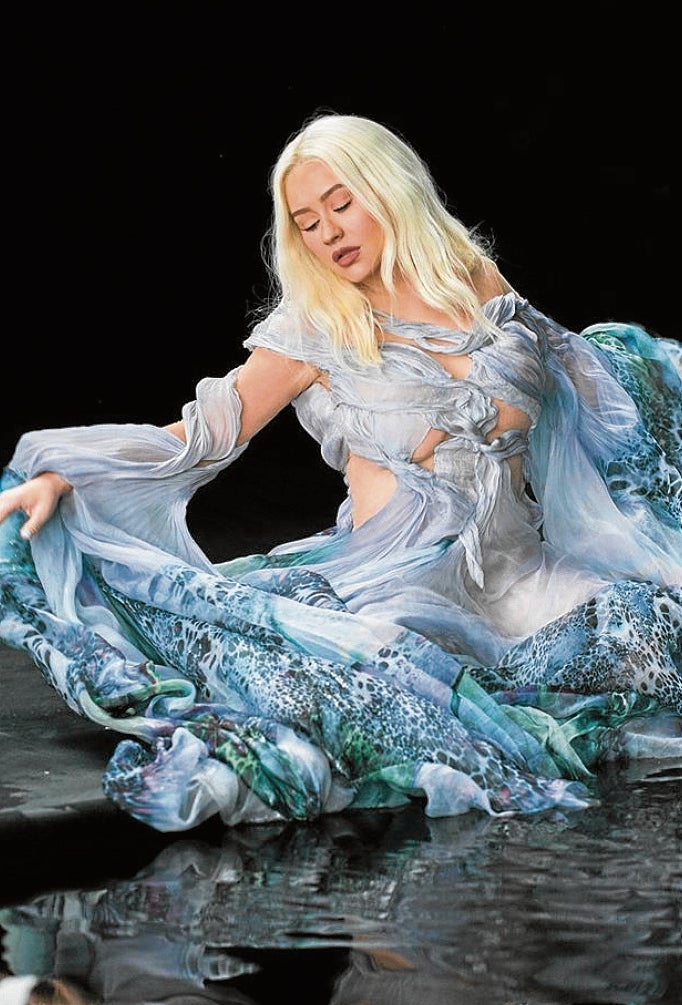 In 1998, a 16-year-old Christina Aguilera made her presence felt by showing off her powerful pipes in her debut single, “Reflection,” a song for the soundtrack of the Disney film “Mulan.”This 2020, Christina, now 39 and a bonafide pop superstar, was tapped once again to lend her voice to the ballad—this time for the live-action adaptation of the animated classic.

Twenty-two years since she burst onto the scene, Christina, through this stroke of serendipity, has come “full circle.”

“It feels so amazing, just to come full circle as a grown woman, who has had an amazing career thus far,” the singer-songwriter said in a recent interview with Entertainment Tonight (ET).

Aside from rerecording “Reflection,” Christina also wrote and performed a new ballad for “Mulan.” Titled “Loyal Brave True,” the song captures the inspiring qualities and virtues that made Mulan one of the most iconic and well-loved Disney characters among fans and contemporary viewers.

And reflecting on the journey she has had, both as an artist and as a woman, Christina couldn’t help but draw parallels between her and the Chinese folk heroine.

“Being a warrior and a fighter is what has been the thread throughout all the music in my career,” related Christina. “So, to now be bringing that to light once again in such a beautiful film is so amazing, nostalgic and meant to be.”

“Mulan 2020” premiered in Hollywood last March 9 and was set to open in cinemas on March 27. Unfortunately, the COVID-19 pandemic forced Disney to make a number of postponements, before ultimately deciding to cancel the film’s theatrical release in the United States altogether.

Instead, the film was made available for a premium fee on the company’s video-streaming service Disney+ last Sept. 4. (It will still have a theatrical release in select countries, including those where Disney+ isn’t available.)

The setback, however, didn’t stop Christina from enjoying the movie with her children, 12-year-old Max and 5-year-old Summer. “They know about ‘Mulan,’ but they haven’t seen the live-action version yet,” wrote Christina, shortly before live-tweeting about her recent “Mulan” viewing session with her children.

Christina snuggled up with her children under a cozy blanket, inside a dim, candlelit room. And you can’t forget the popcorn and snacks. “They have heard the music; they saw me recording it in the studio,” the American artist added. “It’s a beautiful thing to share that with my children now.”

She also answered questions from her fans on Twitter during the viewing session. Asked what was her favorite part of working on new music for “Mulan 2020,” Christina admitted that redoing “Reflection” was “very emotional” for her.“I teared up many times. (I had to swallow the emotion, because I’m not an accurate singer while crying.)” she related. “I realized and appreciated how much has changed from the original place and time I recorded this song.”

If she were to choose between her two renditions of the song, Christina admitted that she was “partial” to the new one “for sure.”

“Although I look back and smile at the version I did as a teen … I can hear the youth of a girl who doesn’t fully know herself or the power of her instrument yet. I have gotten to know myself better over the past 20 years,” she said.

And if she were to look at the mirror and saw the reflection of her teenage self staring back at her, what advice would she give her? “There were so many things happening at the time. I was so new and green and young and naive to everything,” she recalled in the ET interview.

“I would probably just say, ‘Believe in yourself. You got this, girl!’” Christina said.