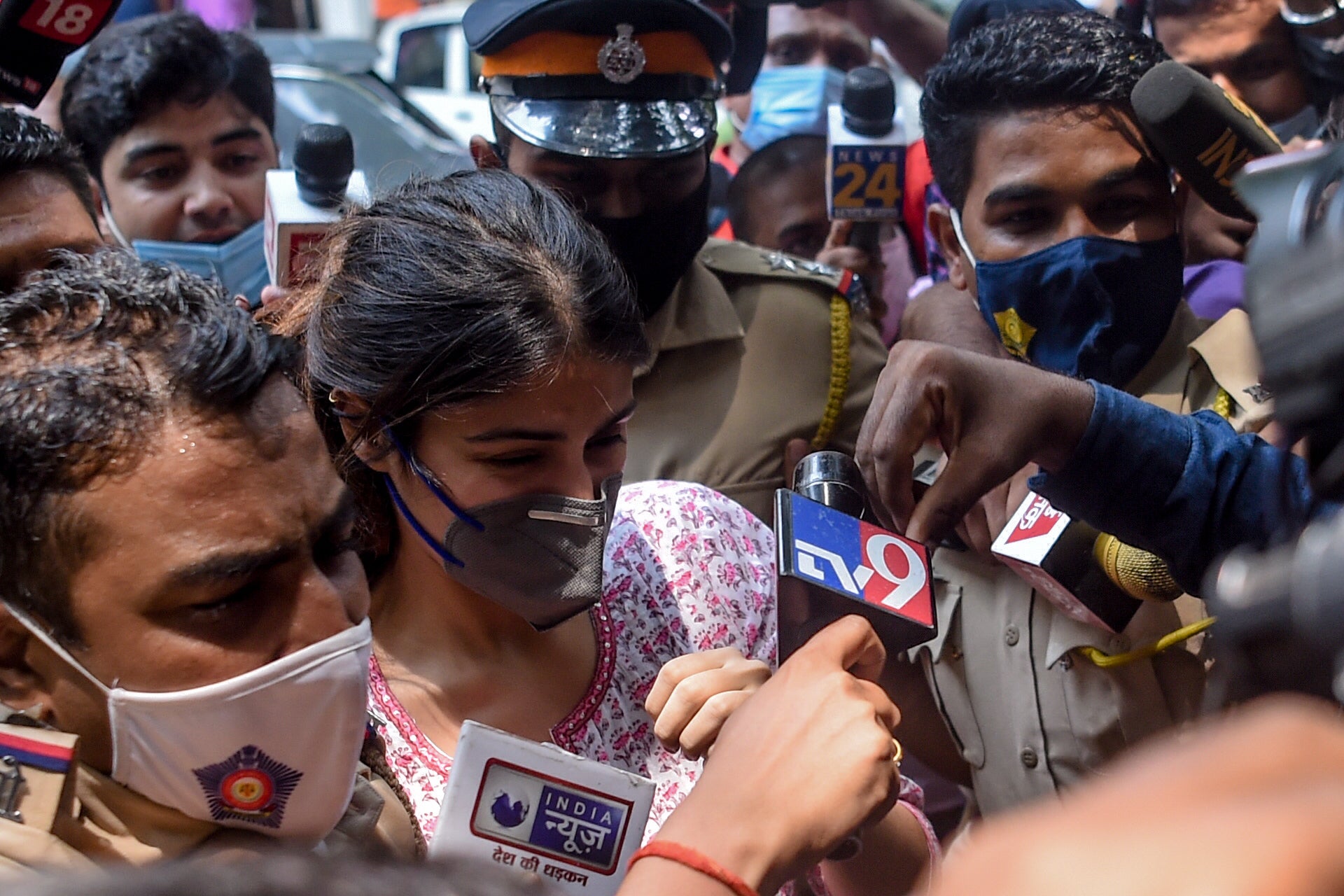 Mumbai, India — Bollywood actress Rhea Chakraborty has been arrested for allegedly buying drugs for her former boyfriend, the actor Sushant Singh Rajput, whose suicide sparked a media storm in India.

Rajput, 34, was found dead in June in his Mumbai apartment — with police saying he took his own life. A star with many hit movies to his name, his suicide initially triggered a debate over mental health in the multi-billion-dollar industry.

But Rajput’s family disputed reports that he suffered from depression and accused Chakraborty, 28, of stealing his money and harassing him. She has strongly denied the allegations.

Chakraborty was arrested on Tuesday. The police have also detained others in connection with the case including her brother and a member of Rajput’s house staff.

India’s top anti-crime agency, the Central Bureau of Investigation, has been probing his death since last month. The Narcotics Control Bureau (NCB) was looking into the star’s consumption of cannabis.

“We will be opposing bail petitions” for all suspects, NCB Director Mutha Ashok Jain told reporters. The actress has been remanded to judicial custody until September 22.

The investigation has grabbed headlines for months, with the media closely following the back-and-forth allegations between Rajput’s family and Chakraborty.

Some celebrities, including actress Sonam Kapoor and director Anurag Kashyap, accused TV channels of carrying out a “witch hunt” against Chakraborty.

Born in the eastern state of Bihar, Rajput quit engineering studies to pursue a career in acting and dance.

He got his big break in 2013 with “Kai Po Che”, a film about cricket, love, and politics that won acclaim at the Berlin film festival.

He was also lauded for his portrayal of Indian cricket hero Mahendra Singh Dhoni in a hit 2016 biopic.

In an interview with AFP that year, Rajput spoke of the emotional rollercoaster he experienced while filming the movie, which portrayed the heartbreak suffered by Dhoni when the cricketer’s girlfriend died.

“After we did the preparation, in my head I was him and everything that was happening was actually affecting me,” he said.

Rajput’s last film was a Hindi remake of the Hollywood romance “The Fault in Our Stars”, titled “Dil Bechara” (“Poor Heart”), which was released in July.