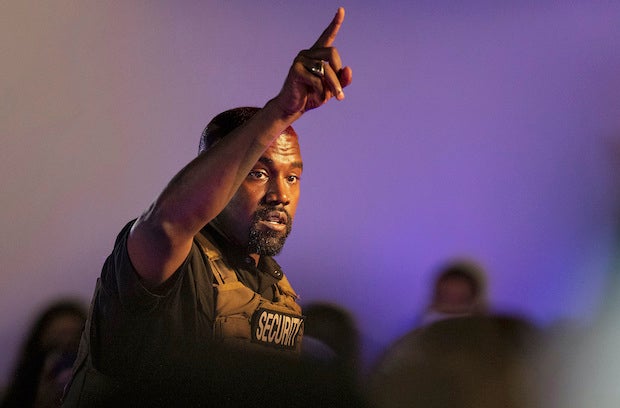 In this July 19, 2020, file photo, Kanye West makes his first presidential campaign appearance, in North Charleston, South Carolina. West has sued the West Virginia Secretary of State’s Office after being told his bid to get on the ballot for president came up short on qualified signatures. (Lauren Petracca Ipetracca/The Post And Courier via AP)

JACKSON, Mississippi — Kanye West will appear as a presidential candidate on Mississippi’s ballot in November, after being approved as a qualified candidate by the State Board of Election Commissioners on Tuesday.

The rapper has already qualified to appear on the ballot as an independent candidate in several states, including Arkansas, Idaho, Iowa, Tennessee, Oklahoma and Utah.

To qualify in Mississippi, he was required to pay a $2,500 fee to the Secretary of State’s Office and get the signatures of at least 1,000 Mississippi voters.

West, who once backed Republican President Donald Trump, announced last month that he had broken with Trump and would launch his own presidential bid. His campaign filed paperwork July 15 with the Federal Election Commission.

Neither West or his wife, Kim Kardashian West, were present at the meeting of the Mississippi Board of Election Commissioners Tuesday.