Latest single a boost for ‘The Clash’ alum Anthony Rosaldo 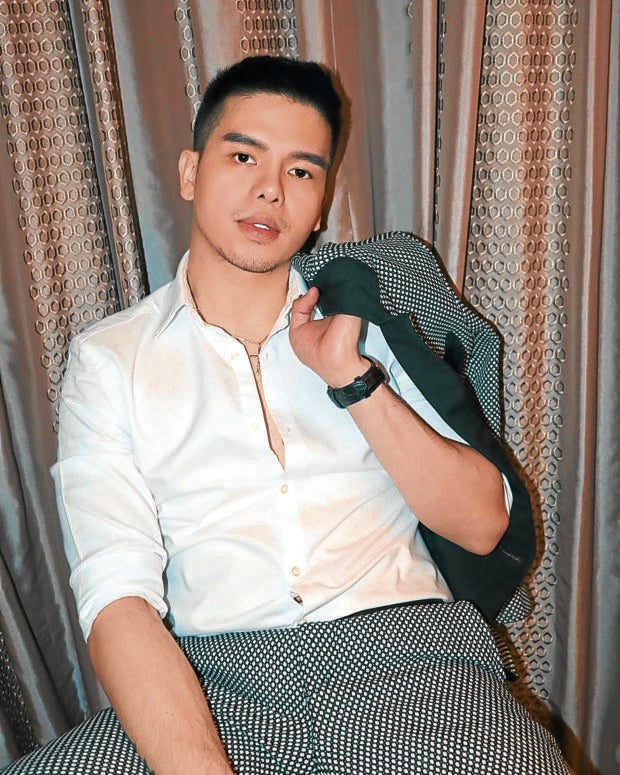 As a singer who spent his formative years on the live music scene, Anthony Rosaldo said that one the most disheartening things about the COVID-19 pandemic is seeing some of the bars he used to perform in shut their doors for good.

“One bar I frequented in Metrowalk (Pasig City) is now permanently closed. It’s sad. I also feel for the musicians who have lost their livelihood, because many of them don’t have benefits and protection,” he told the Inquirer in a recent video interview for his new single, “Pwedeng Tayo.”

Before joining the first season of the GMA 7 reality talent search “The Clash,” where he finished sixth, Anthony fronted a band called Fahrenheit and made the rounds of bars and hotels, not only in the Philippines, but also in Japan and Malaysia.

“Some people I know who play gigs overseas don’t have work, too, and are stranded there,” he related.

For now, Anthony can only hope for the ongoing health crisis to end, so that the live music scene can start recovering and recapturing the energy it lost.

“Everything I know now, I learned from singing for a band and playing at bars. It was a training ground of sorts; I wanted to make sure I was good enough before trying my luck in a big contest,” he said. “Every night, I would do four sets. I did that six times a week.”

While his career options are limited at the moment, Anthony considers himself blessed that, with the help of his record label, GMA Music, he still managed to release a new single.

Written by Vehnee Saturno, Davey Langit, Jonathan Manalo and Edwin Marollano, “Pwedeng Tayo” talks about two people who could have been perfect together, if it weren’t for the fact that they’re already taken.

“It’s a song that people who have gone through heartbreak can relate to. Not everyone finds their perfect match—at least not right away. Either you fall for the wrong person or it’s simply not the right time yet. Sometimes, it takes a lot of tries to find ‘The One,’” he explained.

Unlike his previous two singles, which were both ballads, Anthony’s new one has a “fresh” and more easygoing vibe. “I’m happy to have a song by such respected composers. It’s an honor for me. And I was pressured to give the song justice,” he said.

Anthony recorded the song at home, which presented some challenges. While he did have the necessary equipment, doing his vocal tracks on his own only magnified his meticulousness.

“It’s tough. I’m a perfectionist when it comes to my vocals, so not having a professional taking over the session made me worry. My fear was submitting my samples, and then getting told that I have to redo them. What could have been finished in an hour in the studio, took me twice longer to do,” recalled the singer, who’s now dabbling in songwriting, in hopes that his next single will finally be self-penned.

When Anthony sang at the Inquirer Indie Bravo! Awards two years ago, he said that one of his dreams was to meet Gary Valenciano, who’s a big musical influence of his. It almost happened.

The two singers received honors from the Guillermo Mendoza Awards this year: Gary was named male recording artist of the year; Anthony, most promising male recording artist. The ceremonies were to be held last March 15, which, unluckily, was also the first day of the community quarantine.

“I thought that was my chance. I would love to sing ‘Sana Maulit Muli’ with him—even just the chorus. If not, I would be happy with a selfie video,” he said. INQ