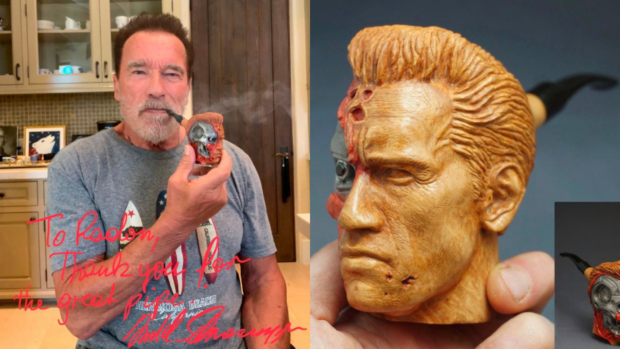 Arnold Schwarzenegger and the “Terminator” pipe carved by his fan (Images: Reddit/RadonLab)

Arnold Schwarzenegger received a hand-carved wooden pipe from a fan, which was shaped after his popular “Terminator” character.

The fan, with the handle RadonLab, first posted it on Reddit a month ago, explaining that he/she made it especially for the actor’s birthday last July 30. The pipe was turned into the cyborg’s head with one side showing its exposed metal skeleton. 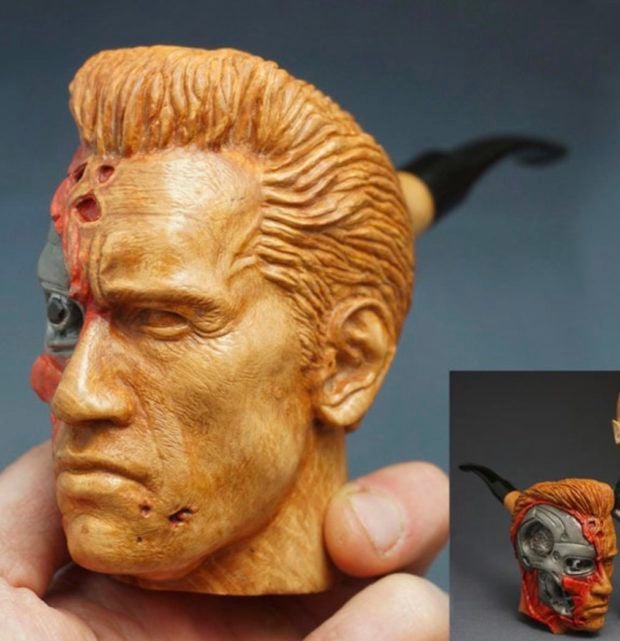 The 73-year-old actor later spotted it and asked the fan if he/she would sell it to him. The fan did not wish to sell it, but instead gave it to Schwarzenegger as a present.

“It would be a great honor for me,” RadonLab said.

Schwarzenegger did not want to receive it without giving something in return, so he promised to send the fan a signed photo of him using the pipe. He also noted that he would deliver it via email “now that it’s 2020.”

“I love it. You’re really talented, and I can’t thank you enough!” the actor said alongside a photo of him enjoying the pipe.

Upon seeing his reply, RadonLab could not help but express his/her joy over Schwarzenegger’s kind words.

“You probably made not only my day but my whole life,” the fan said. “Thank you very much, for me it is a real magic to see you with my work! I still don’t believe in it.”

Schwarzenegger later shared a certain @OriginalYoni’s post regarding the pipe on his Twitter page, adding that it is a “fantastic gift.”

It is a fantastic gift. https://t.co/kkj63YGHI0

Schwarzenegger debuted as the cyborg assassin in the sci-fi franchise’s first installment back in 1984. He then went on to star in five more “Terminator” films.