KC recalls relationship with Piolo: 'It was very real for me' | Inquirer Entertainment
Close
menu
search

KC recalls relationship with Piolo: ‘It was very real for me’ 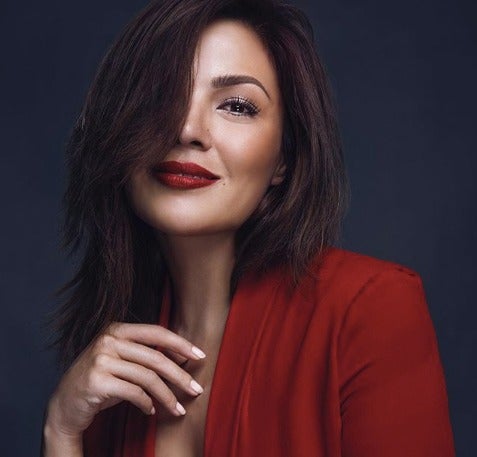 MANILA, Philippines — For KC Concepcion, the relationship she had with Piolo Pascual was “very real” that it was her “first announced relationship.”

In an interview over Instagram Live with entertainment writer G3 San Diego on Monday, the singer-actress looked back on her love affair with Pascual and how she regrets that their relationship had to end.

“It was very real for me. That was my first announced relationship,” Concepcion said.

In 2009, the two worked together for ABS-CBN teleserye “Lovers in Paris.”

And in October 2010, Pascual confirmed that he and Concepcion were together.

According to Concepcion, Pascual courted her – on and off – for a couple of years.

But Concepcion admitted that even before she got to work with “Papa P,” she remembered saying something about the actor to director Joyce Bernal.

“There was a time he (Piolo) visited on set when I was doing my movie with Chard,” Concepcion said, referring to her “For the First Time” co-star Richard Gutierrez. That flick was directed by Bernal.

However, some good things never last as some would say that during a November 2011 interview with “The Buzz” Concepcion confirmed that she and Pascual had parted ways.

Did she ever regret doing the interview? “I regret that we had to end,” she replied.

“So I think more than the interview, I mean on a personal level, you just regret that you have to end.”

Asked subsequently what she learned from her relationship with Pascual, Concepcion said: “We all go through things in life, whatever you go through, you will bring into the relationship that you have.”

“You have to make peace with the things that you went through before, before you go into a relationship. Kasi kung hindi, bitbit mo ‘yun. (Because if not, you’ll continue to carry it.),” she also said.

Read Next
Michael B. Jordan wishes he ‘had more time’ with Chadwick Boseman in heartfelt tribute
EDITORS' PICK
Metro Manila’s daily COVID-19 growth rate drops to 2% — Octa Research
COVID-19 cases in PH pass 3.2 million mark with 37,154 new cases — DOH
Over 3 Million worth of prizes to be won at Smart Padala’s SENDali Manalo Promo!
Upsilon, Unilever give ‘real talk’ on climate change crisis
Novak Djokovic loses fight against Australia deportation
SMDC’s Bloom Residences: A master planned community that cares for your health and wellness
MOST READ
Thailand records first Omicron death
‘Not my loss’: Did Kris Aquino just comment on her breakup with Mel Sarmiento?
CBCP head: Marcos dictatorship not a ‘golden age’ for PH
Ivana Alawi tests positive for COVID-19, urges public to comply with health protocols: ‘No one’s above the law’
Follow @KHallareINQ on Twitter
Don't miss out on the latest news and information.