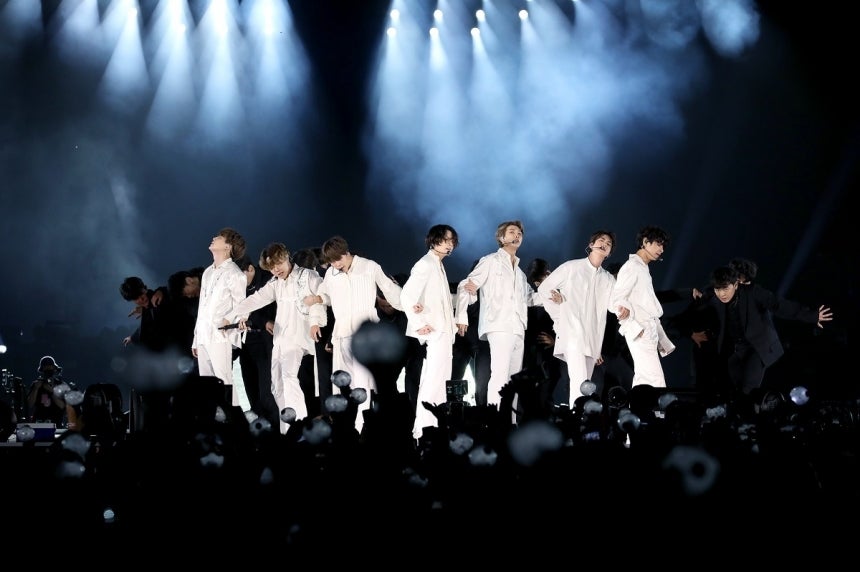 BTS goes onstage at King Fahd International Stadium in Riyadh, Saudi Arabia on Friday evening, marking the final overseas stop of its “Love Yourself: Speak Yourself” world tour. (Yonhap) via The Korea Herald

SEOUL — Big Hit Entertainment, the company behind K-pop sensation BTS, on Wednesday filed an application for initial public offering, according to its regulatory filing.

The company said in the filing that it would offer 7.13 million shares at a price between 105,000 won ($88.50) and 135,000 won. It will carry out the book building procedure to gauge demand on Sept. 14-25 for global investors and Sept. 24-25 for the domestic market. NH Investment & Securities, Korea Investment & Securities, and JP Morgan will serve as lead underwriters with Mirae Asset Daewoo and Kiwoom Securities participating in the IPO as members of the underwriter group.

Big Hit earned 587.2 billion won in revenue with its operating profit reaching 98.7 billion won last year, up 94.8 percent and 23.5 percent, respectively, from a year earlier. Despite the ongoing coronavirus pandemic, the entertainment agency posted 294 billion won in sales and 48.9 billion won in operating income in the first half of this year.