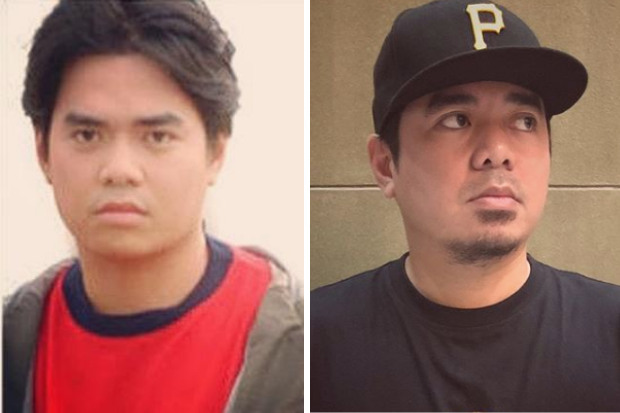 Gloc-9, Aristotle Pollisco in real life, is celebrating his 23rd anniversary in the music industry by looking back at the struggles he had before becoming the Filipino hip-hop legend he is today.

The rapper took to social media earlier today, Sept. 1, to share how a “kid from Binangonan” more than two decades ago did not stop pursuing his dreams while taking on several jobs.

(Twenty-three years ago, there was a kid from Binangonan who had no money, was shy, had a high-pitched voice, a hip-hop head but had no swag, whose shoes were too tight, had no money, just hitched rides with friends with cars, took the jeep and the bus often, and even walked at times.)

(He was a service crew for Bun on the Run, Little Ceasars, Tokyo Tokyo and French Baker just so he would have money to help his mother and when going to auditions, where he always lost.)

The rapper’s post fittingly came with a throwback photo of himself, the “kid from Binangonan,” as he donned a red shirt and a jacket.

(I was told that I was ‘just a rapper’ and ‘couldn’t be more.’ But even if I asked myself a thousand times if I could do it, I answered it a thousand and one times, ‘Yes, I can,'” he added.

Despite the hardships and doubts, the rapper persevered and went on to write and perform several hits such as “Simpleng Tao,” “Upuan,” “Sumayaw ka” and “Lando,” among many others. He has since been regarded as one of the most successful rappers in the country.

Other than being a rapper and a singer-songwriter, Gloc-9 has also become a businessman and practiced medicine as a registered nurse as well.

Amid the COVID-19 pandemic, Gloc-9 is still putting out new music and holding virtual gigs while also selling goods online, such as his “Makata” jerseys and food such as fried chicken and dinuguan.

When he was told that online selling did not suit him, Gloc-9 in July answered by stressing that there is nothing to be ashamed of on his new venture. He also pointed out then that he used to clean toilets, canals and trash cans before.